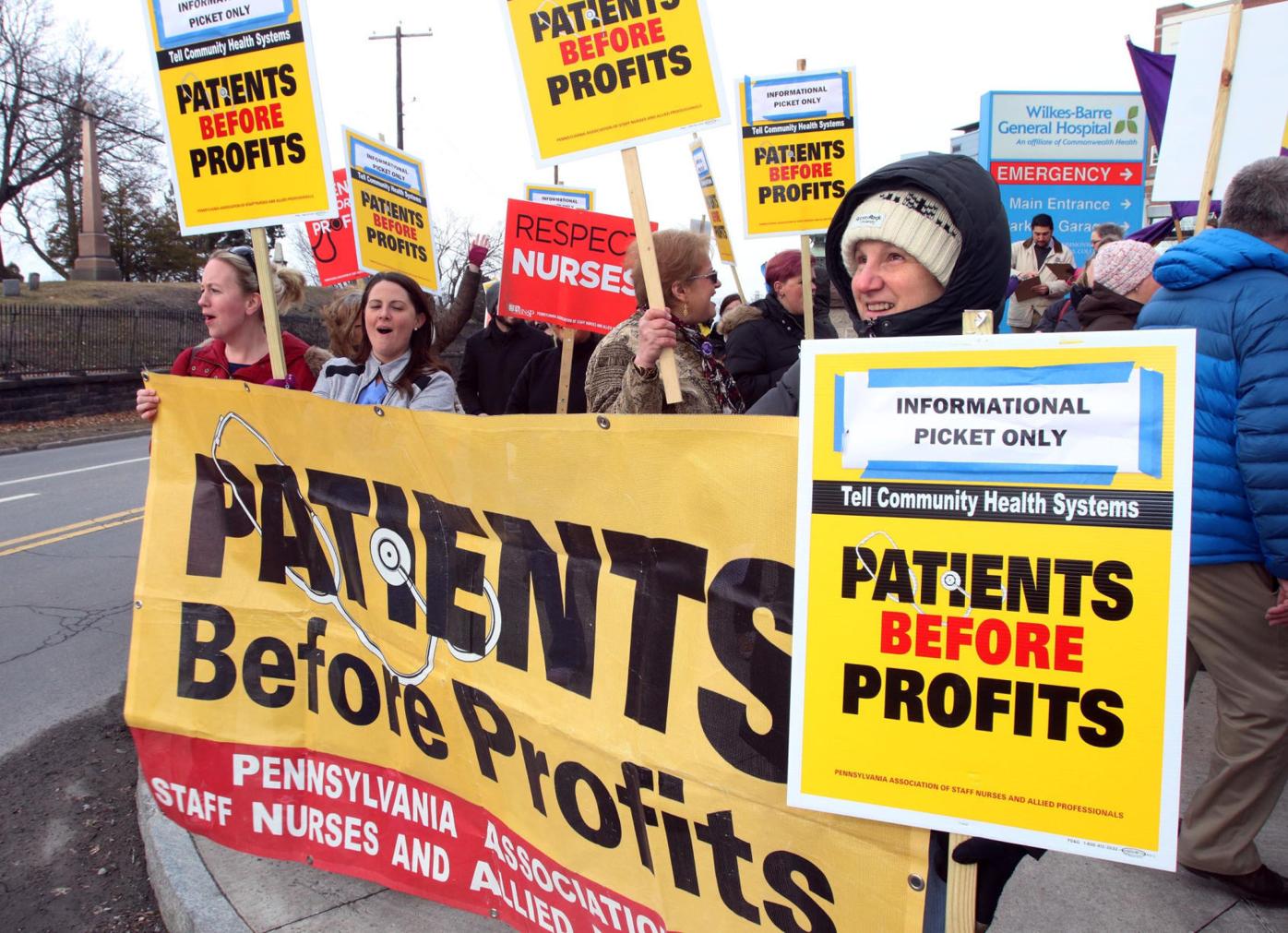 An informational picket is held at Wilkes-Barre General Hospital in 2018. 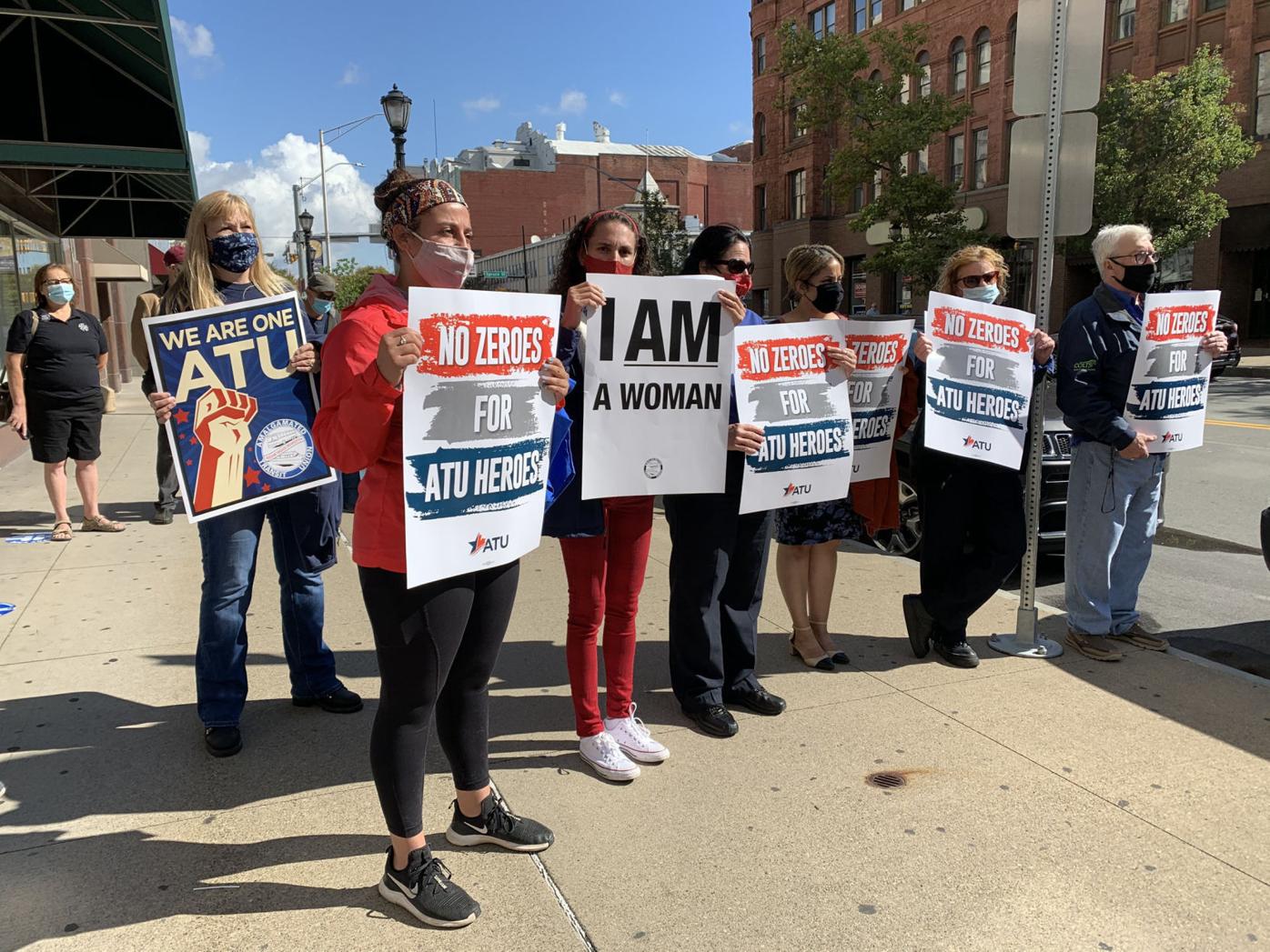 Amalgamated Transit Union Local 168, the union of COLTS bus drivers, mechanics and dispatchers, held a rally for COVID-19 hazard pay, at the Lackawanna County Government Center on Wyoming Avenue in Scranton, on Oct. 2, 2020. 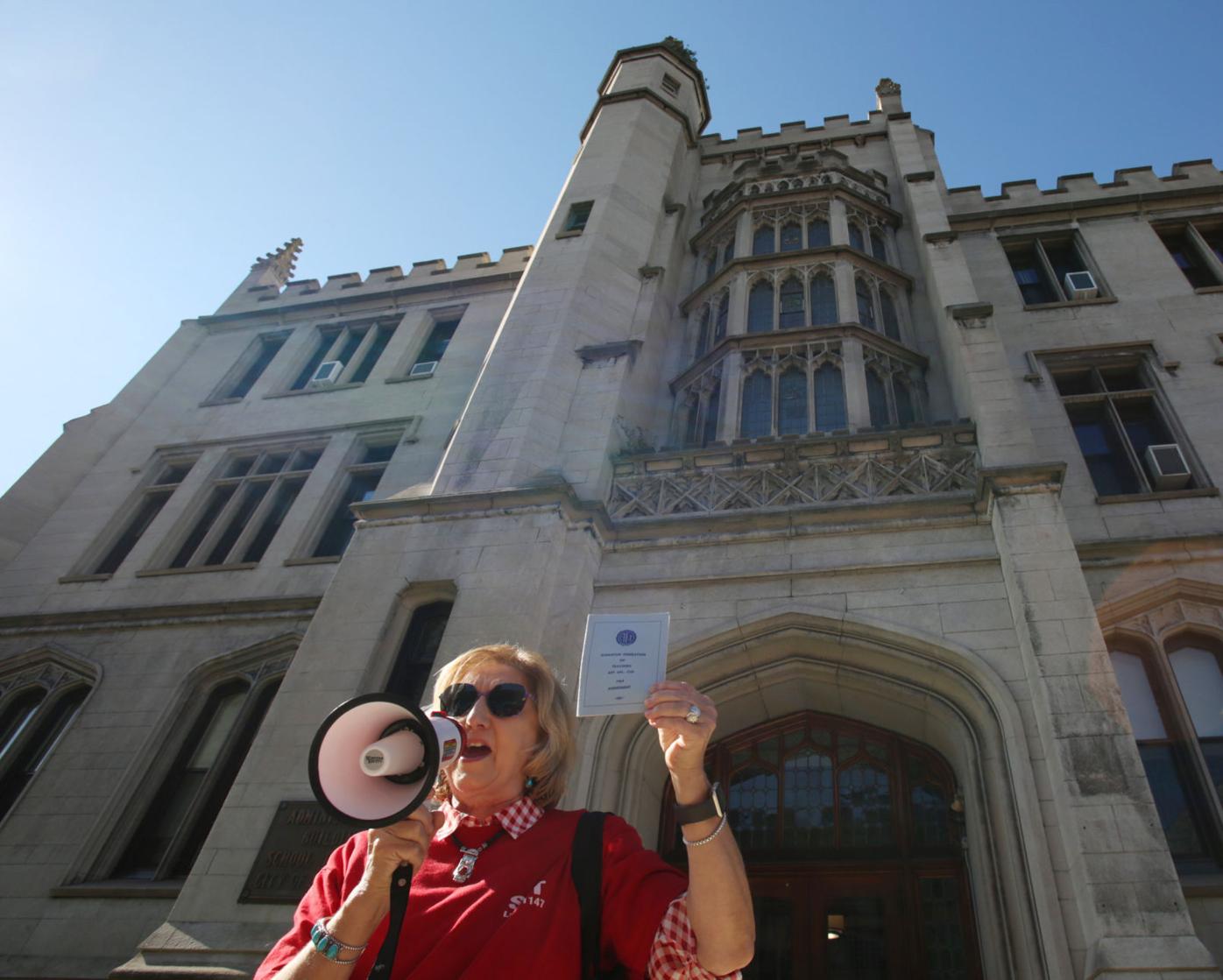 Union President Rosemary Boland holds up a Scranton Federation of Teachers AFT AFl-CIO 1969 agreement as she gives a speech to teachers outside of the Scranton School District Administration Bbuilding in 2018.

An informational picket is held at Wilkes-Barre General Hospital in 2018.

Amalgamated Transit Union Local 168, the union of COLTS bus drivers, mechanics and dispatchers, held a rally for COVID-19 hazard pay, at the Lackawanna County Government Center on Wyoming Avenue in Scranton, on Oct. 2, 2020.

Union President Rosemary Boland holds up a Scranton Federation of Teachers AFT AFl-CIO 1969 agreement as she gives a speech to teachers outside of the Scranton School District Administration Bbuilding in 2018.

When workers attempted to unionize at an Amazon warehouse in Bessemer, Alabama in March, the final vote was 1,798-738 against joining the Retail, Wholesale, and Department Store Union.

The union needed 50 percent plus one vote to get in. The final tally showed 70.9 percent of the valid votes were against unionizing.

Had that vote occurred at a Northeastern Pennsylvania company, the outcome might have been different. This region is more union-friendly, as opposed to the South, where unions are less popular.

In fact, union membership has increased slightly in Northeastern Pennsylvania, with a higher percentage of public employees, such as teachers and government workers, who are unionized.

One union official attributes the growth in union members to an increase in unionized health care workers.

The CRNAs were laid off in August by their previous employer, North American Partners in Anesthesia. That company left following a dispute with Wilkes-Barre General over unpaid bills, PASNAP reported.

“Heath care seems to be the place where the numbers are growing,” said Bill Cockerill, treasurer of the Scranton Central Labor Union.

He said, though, the Janus v. AFSCME U.S. Supreme Court ruling in 2018 hurt a lot of the public sector unions. The 5-4 decision overturned a previous ruling in favor of public sector unions collecting administrative fees from non-members. The high court ruling stated that collecting the fees from nonmembers was inconsistent with the First Amendment right to free speech.

Those nonmembers still are covered by bargaining agreements negotiated by the union.

“Statewide, there was a decrease in membership in AFSCME (American Federation of State, County and Municipal Employees),” Cockerill said.

On the private side, businesses such as General Dynamics’ plants in Scranton and Eynon are organized, he said.

“There is a strong tradition of unions in this area. The mines, my mother was in the garment workers union,” said John Maday, president of the Downtown Wilkes-Barre Business Association. “Growing up with that, that’s all you knew. They’ve fallen out of favor when the factories moved. It’s difficult to start a union now.”

Maday worked for 18 years at IBM in Scranton, where there was no union, but he said the company treated employees well and paid higher than typical pay for the market.

“Employees never felt they needed a union,” he said.

That could have been unique in the area at the time. Down South, it’s difficult to form a union because that doesn’t follow tradition, Maday said.

“It would have a better chance in the Northeast, in the Rust Belt,” he said.

Cockerill said it will be interesting to see if workers unionize at the new warehouse Amazon plans to open in the Valley View Business Park in Jessup.

Amazon is planning to hire 500 people for the 1 million-square-foot warehouse.

“We’re a different workforce than in Alabama,” he said.

John Augustine III, president and chief executive officer of Penn’s Northeast, said unions in private businesses are on the decline.

“You rarely have business unions that strike,” Augustine said. “Those kinds of unions came about because workers were treated poorly. Laws changed.”

“All the employees are drug tested. They show up for work,” Augustine said.

Some of the sample sizes varied, the report notes.

The database was constructed by Barry Hirsch, of the Andrew Young School of Policy Studies, Georgia State University, and David Macpherson, Department of Economics, Trinity University, and is updated annually, according to the website.

According to Steve Zaricki, research and information manager at the Northeastern Pennsylvania (NEPA) Alliance, the database lists union members as well as employees covered by collective bargaining agreements, who include unionized and nonunionized members.