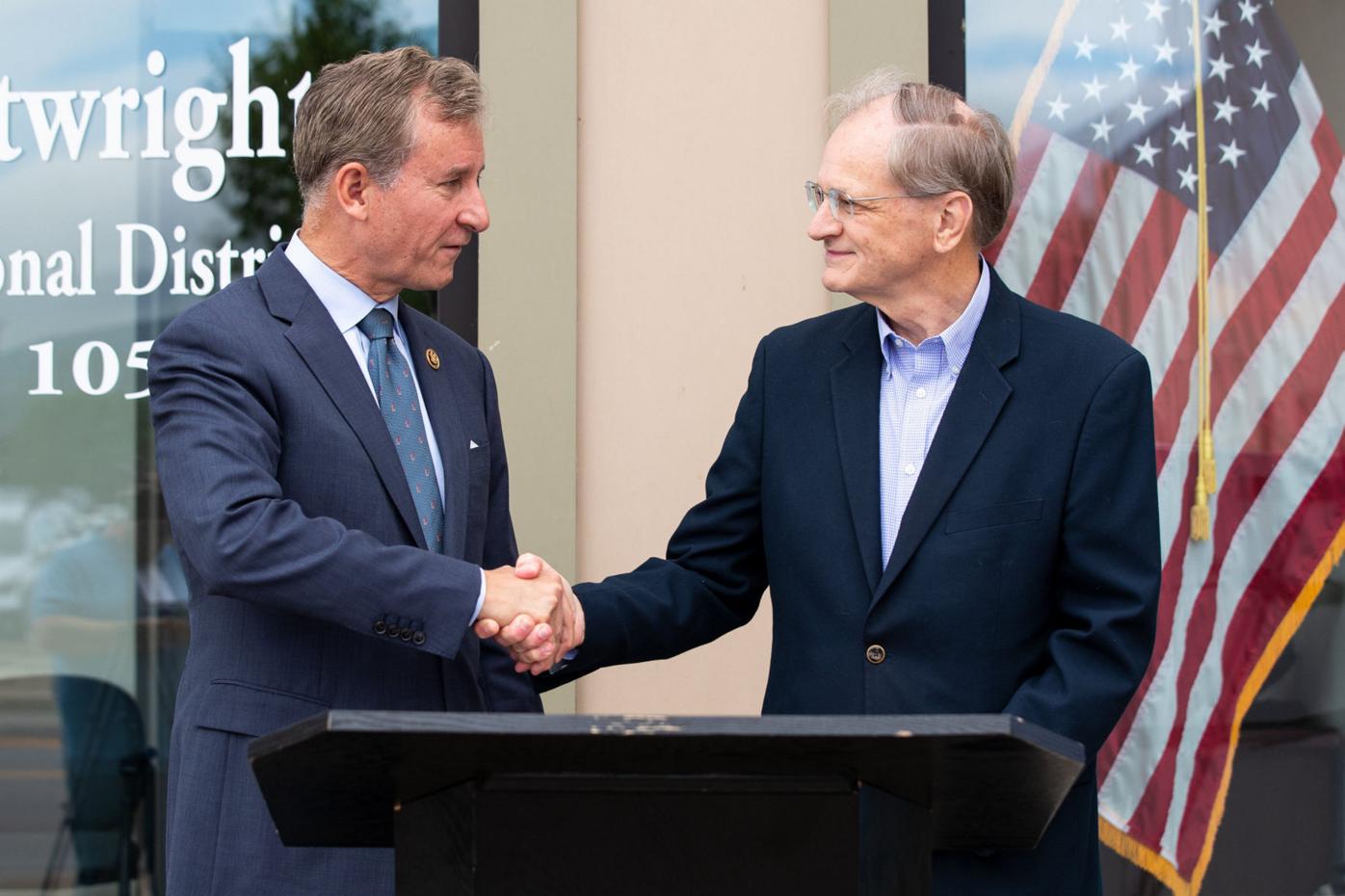 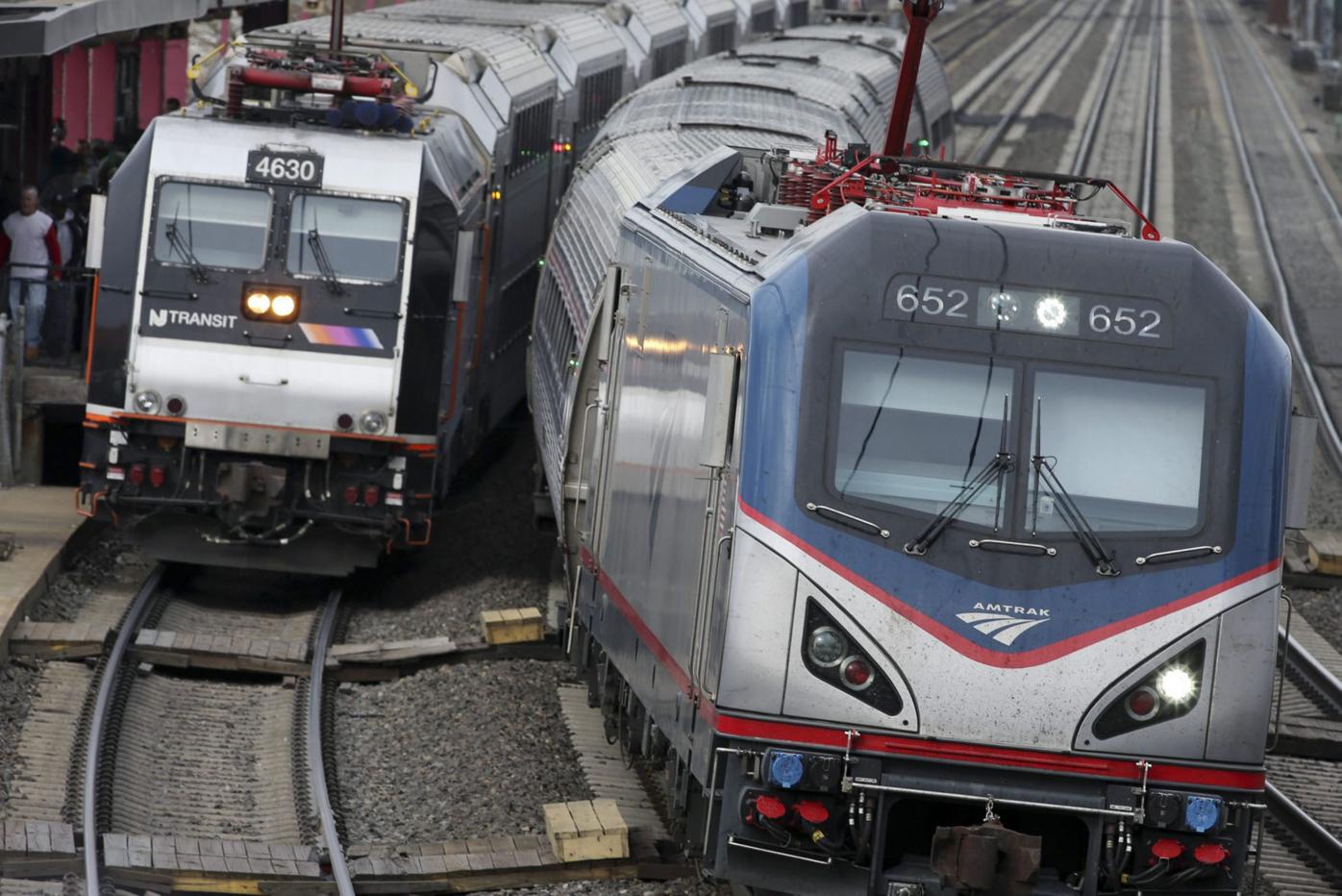 An Amtrak train passes a New Jersey Transit train stopped for passengers in 2016 in Elizabeth, N.J. Amtrak has included Scranton in an updated expansion plan. 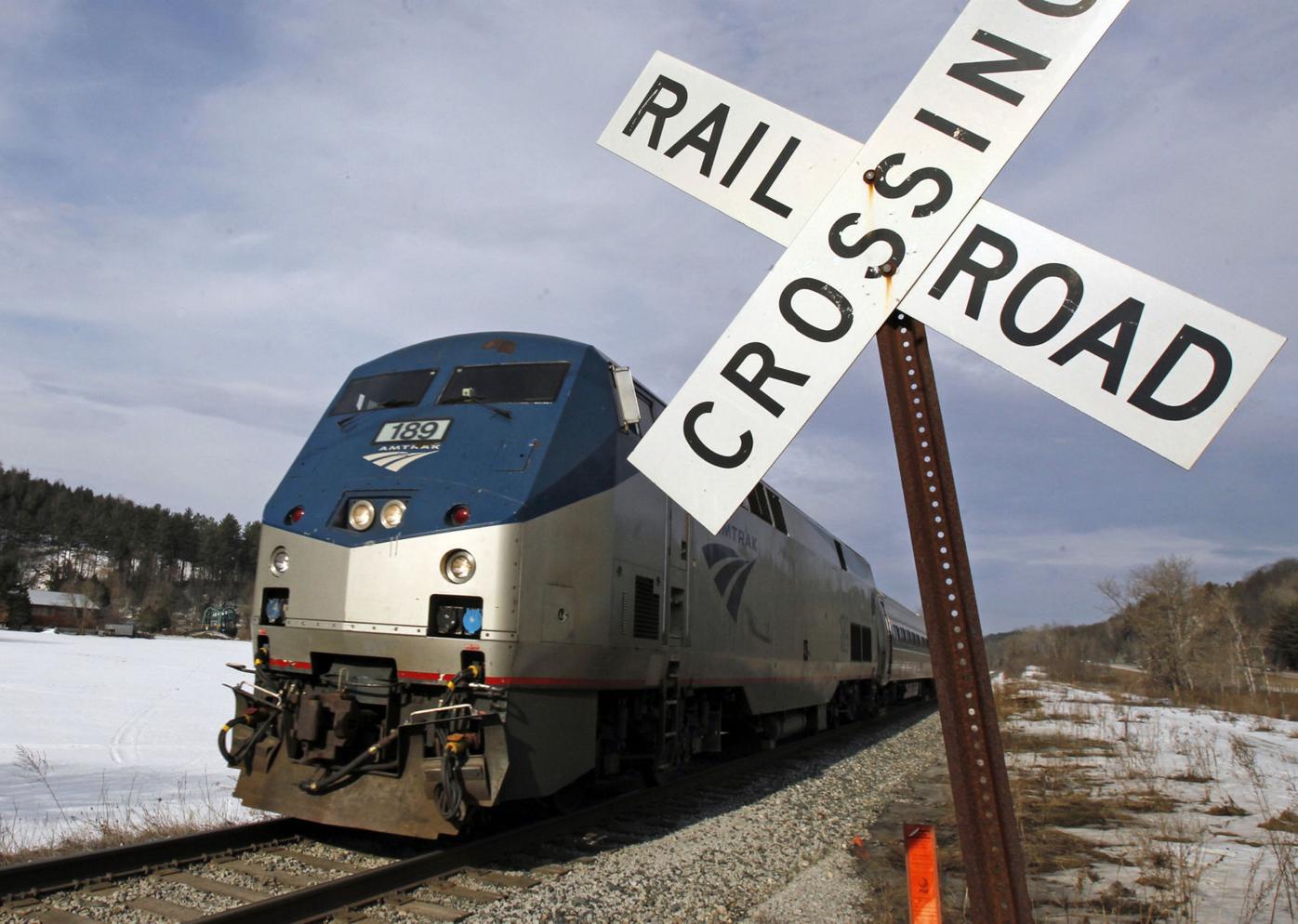 An Amtrak train heads down the track in Berlin, Vt., in 2013. A federal infrastructure bill under consideration in the Senate could help restore passenger rail service to Scranton.

An Amtrak train passes a New Jersey Transit train stopped for passengers in 2016 in Elizabeth, N.J. Amtrak has included Scranton in an updated expansion plan.

An Amtrak train heads down the track in Berlin, Vt., in 2013. A federal infrastructure bill under consideration in the Senate could help restore passenger rail service to Scranton.

Hop on an Amtrak passenger train in Scranton inbound to New York City. That could be a reality in just three to four years, according to the rail company, but it hinges on a $1.2 trillion federal infrastructure bill in Congress.

But many local officials are optimistic.

“This bill came out of a bolt of lightning out of the blue,” said Larry Malski, president of the Pennsylvania Northeast Regional Rail Authority. “That’s the kind of funding that we need, and that’s the reason why it’s taken so many years to do this thing.”

The money has yet to be in place, but Malski said the region is closer than ever, with legislation moving through Congress. It pegs $66 billion for upgrades to Amtrak service.

A study released this summer from Amtrak found a passenger train to Scranton would infuse $87 million annually into the economy and $2.9 billion in one-time economic activity while the line is being built.

According to the figures, similar passenger lines from Allentown to New York City and Reading to Philadelphia to New York City would produce less. An Amtrak spokeswoman said an estimated 425,000 people would use at least part of the Scranton line each year.

Amtrak proposes three daily round trips from Scranton to New York City with stops in Tobyhanna, Mount Pocono, East Stroudsburg before heading to New Jersey. A one-way trip would take 3 hours and 25 minutes, according to the study.

“Scranton is home to popular ski and indoor waterpark resorts, hiking trails, and parks,” the fact sheet from Amtrak stated. “In 2019, over 27 million people visited the Scranton area, the majority of whom were visiting from the New York City area for a scenic getaway.”

Amtrak also touts the educational benefits of a train line.

“A New York – Scranton Amtrak route would create new connections between major metropolitan cities, medium-sized cities, and colleges and universities. Students, their families, faculty, and staff will be able to take advantage of frequent Amtrak service to avoid traffic between destinations and to enjoy greater productivity or relaxation while they travel.”

“Commuting patterns have changed,” he said. “But we believe that the biggest opportunity is with tourism and recreation all across Poconos. Most people in Manhattan don’t own a car, and they know how to take trains and planes to get where they want to go. We think a lot of the general public is going to use this train to come here to our area.”

Tyler Kusma, executive director of the Scranton Rail Restoration Coalition, said he’s hopeful, but “we won’t count our chickens before they hatch.”

“Presuming this bill passes the House and is signed by President Biden, it will be an incredible boost,” he said.

He said the train line would get a lot of use from people traveling from New York City into the Poconos.

“There will be a big benefit to the region,” he said. “And we are closer than ever. Many people will use the line from our area to New Jersey and vice-versa. It will have incredible economic benefits.

In a September Zoom call with reporters, Gov. Tom Wolf supported the plan.

“I’m a big fan of rail transportation, and have been an Amtrak customer for many, many years,” Wolf said. “This plan is built to meet the transportation needs of the future. And I am very, very pleased to give my strongest possible support.”

Amtrak Chief Executive Officer Bill Flynn said, “In fact, as we analyze potential routes that could be developed in our national strategy, the new proposed services linking Reading, Allentown and Scranton to New York City were among the top corridors for projected ridership and financial performance.”

Malski said the Scranton corridor is owned by local governments or controlled by local entities. Work on the so-called 28-mile “Lackawanna Cutoff” in northern New Jersey is not complete. Work was done to restore only several miles of the track. “Every step we’ve taken, we’ve said it’s all contingent on appropriate funding,” said Malski. “And up until this point, we’ve not seen appropriate funding.”