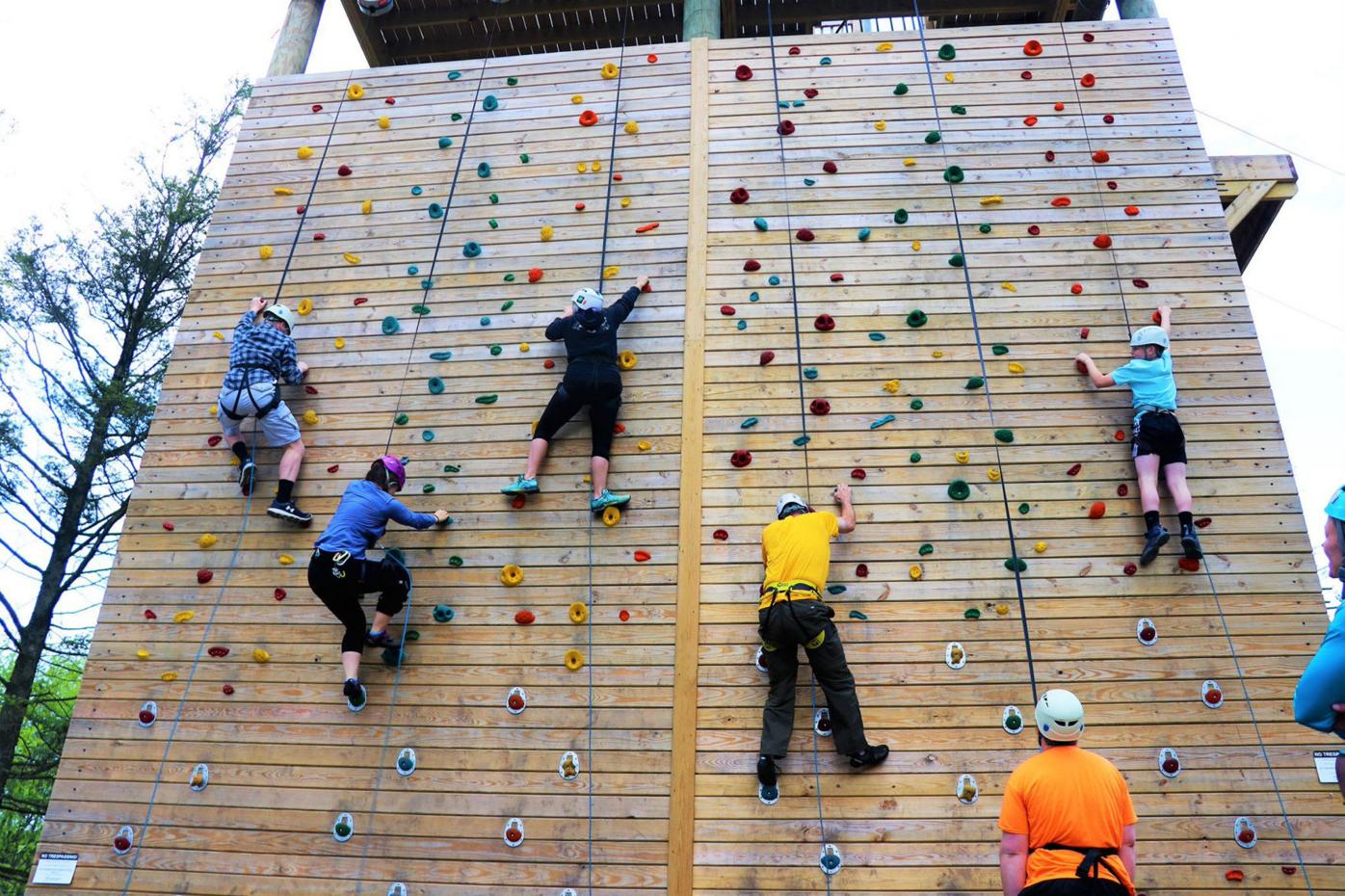 Outdoor adventures, such as the rock climbing wall, are now back open at Blue Mountain Resort in Palmerton. At the resort, guests can mountain bike, play disc golf, go zip lining, camp and play laser tag. 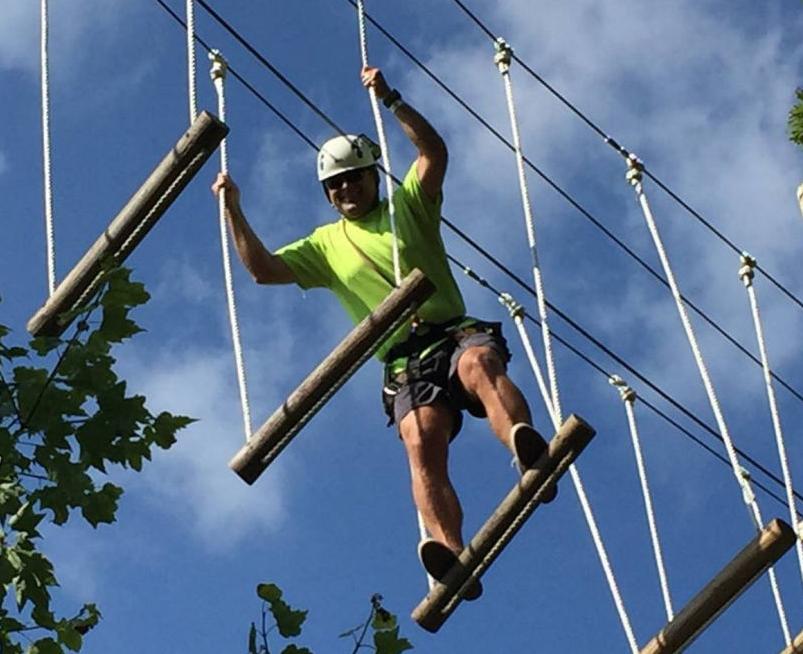 Outdoor adventures are now back open at Blue Mountain Resort. 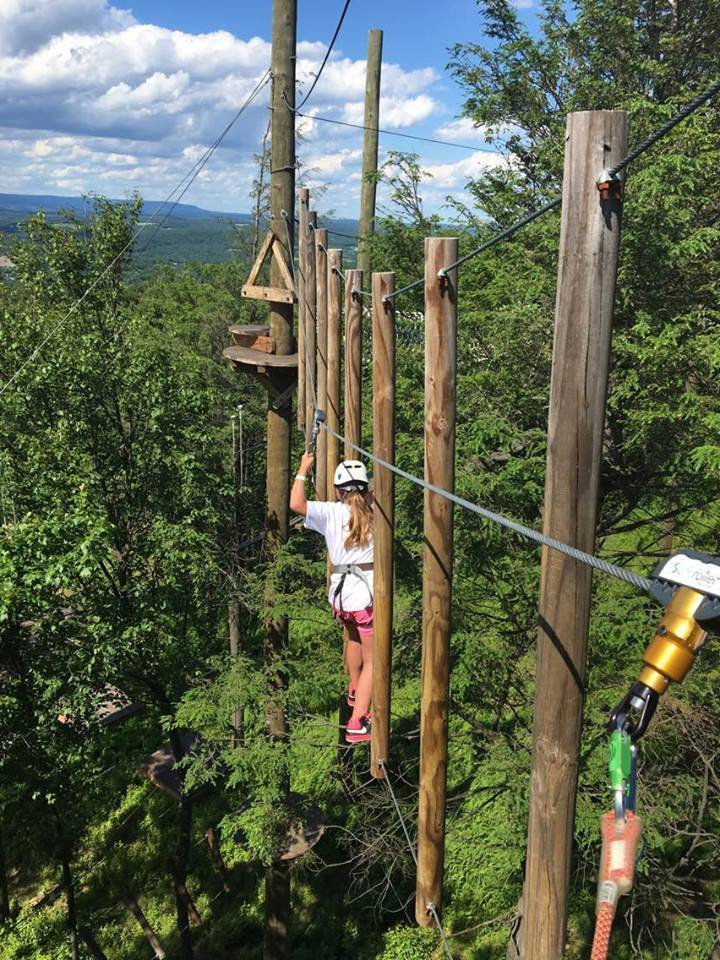 Outdoor adventures, such as a ropes course, are now back open at Blue Mountain Resort in Palmerton. 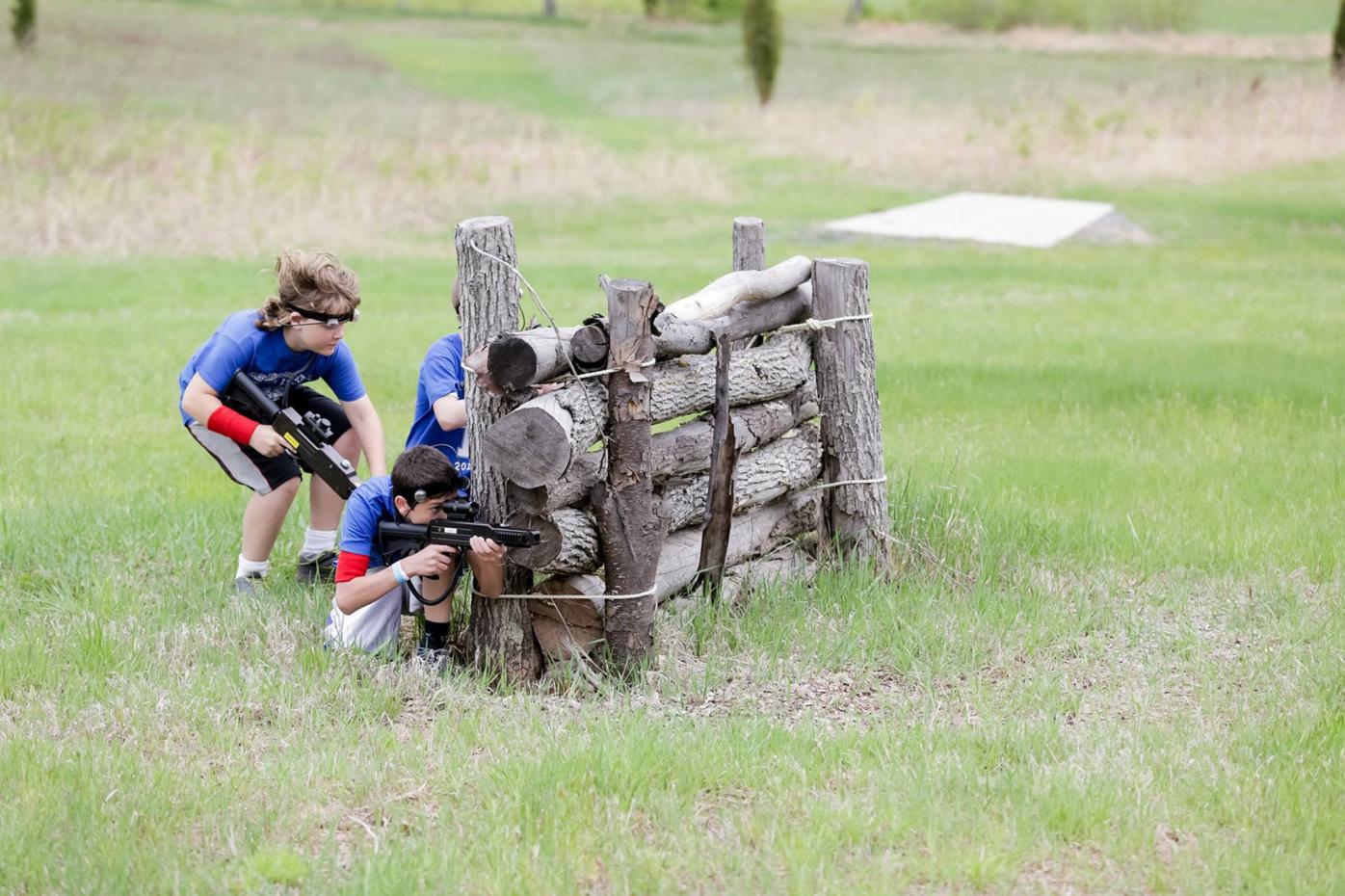 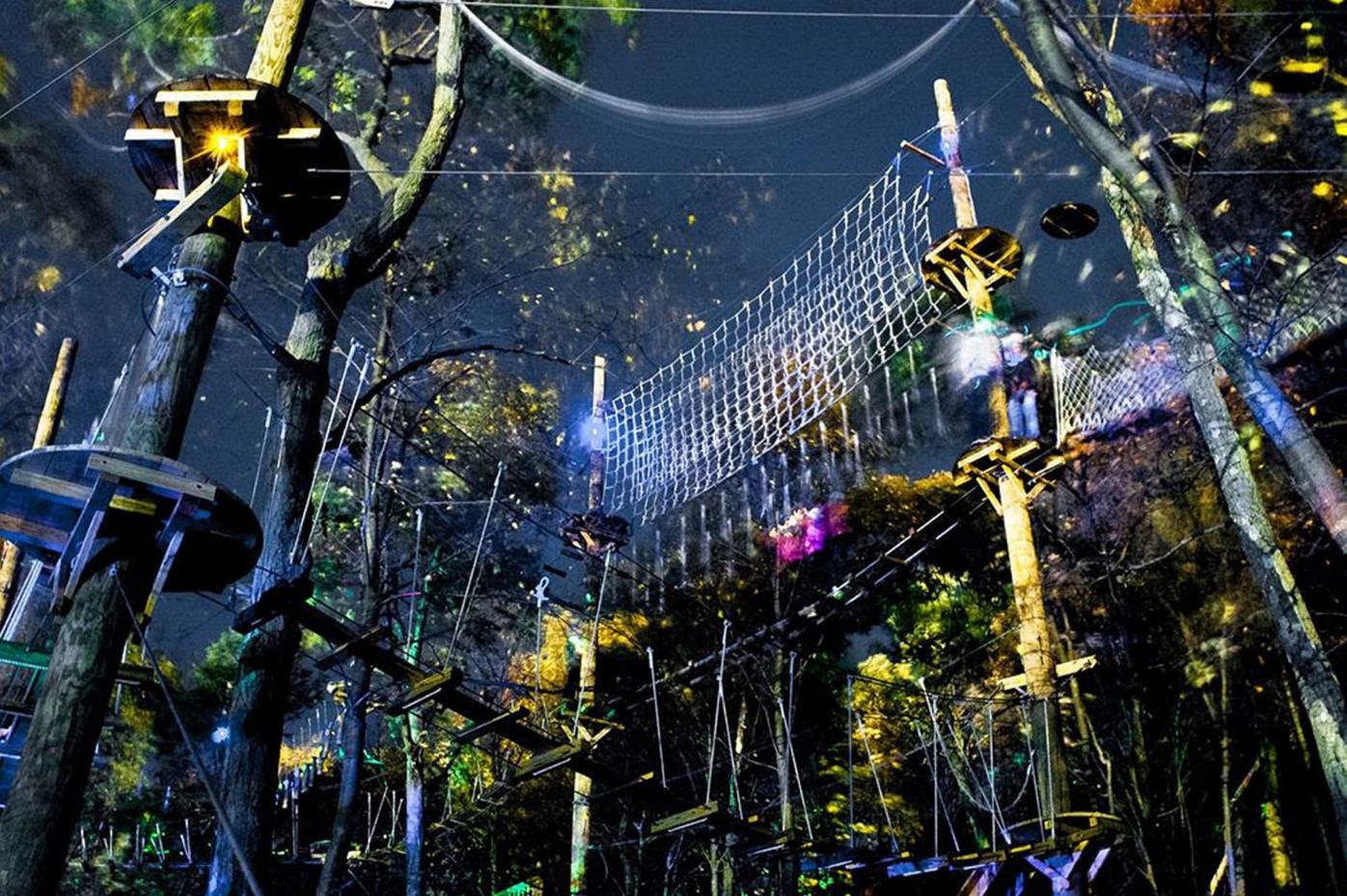 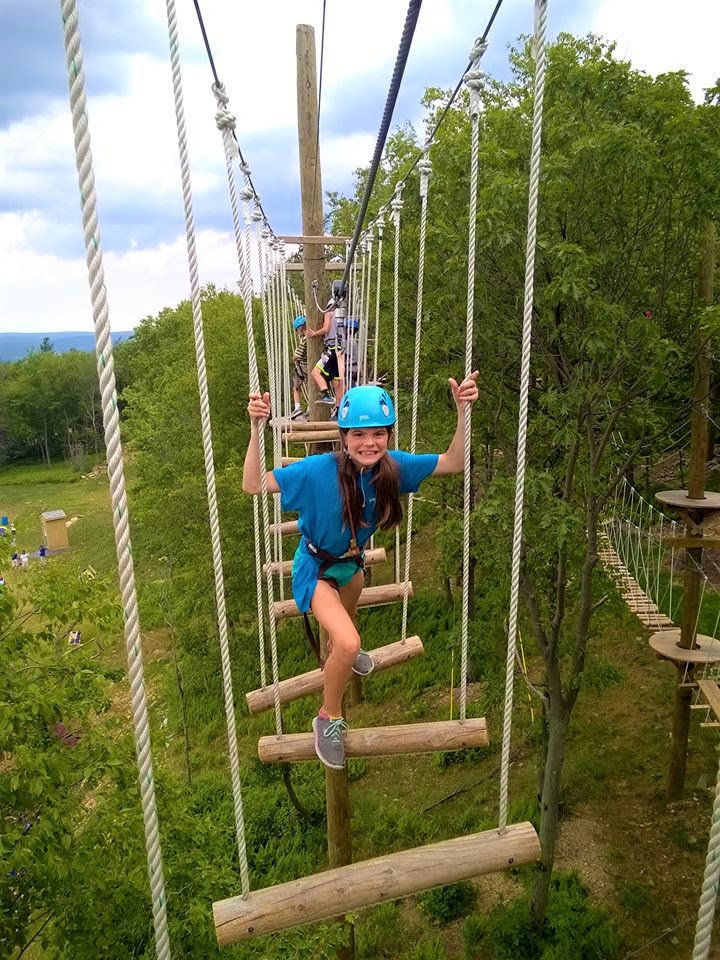 Outdoor adventures, such as the rock climbing wall, are now back open at Blue Mountain Resort in Palmerton. At the resort, guests can mountain bike, play disc golf, go zip lining, camp and play laser tag.

Outdoor adventures are now back open at Blue Mountain Resort.

Outdoor adventures, such as a ropes course, are now back open at Blue Mountain Resort in Palmerton.

In the sleepy Sullivan County hamlet of Eagles Mere, where red, green and blue canoes fill the crystal-clear lake, tourists are slowly starting to return. While the Covid-19 pandemic swept through parts of Pennsylvania, as of the end of June, only three cases were found in arguably the most rural county in our region.

Many people who visit the borough congregate around The Sweet Shop where owner Daniel Eberlin hopes even more visitors return.

“It’s been just okay,” said Eberlin, who is in his first year as the new owner of the restaurant, an Eagles Mere staple, where guests can enjoy a smoked salmon salad, veggie wrap or a tropical sundae. “I was expecting a lot more.”

The lunch and ice cream spot typically closes around Labor Day, but this year, he said he’ll try and stay open until November, long after the usual summer tourists are gone.

As the region slowly re-emerges from COVID-19 many are hoping for a quick return to normal and that includes Kalahari Poconos, where the resort reopened its water park and some amenities June 19.

“This has been a challenging time for everyone, and all of us in the hospitality industry certainly hit hard by the closures,” said spokeswoman Karolyn Doro. “With more than one million square feet, we have plenty of space for guests to spread out and enjoy a safe place to come together as a family and focus on the fun instead of the worry.”

Chris Barrett, President and CEO of the Pocono Mountains Visitors Bureau said he is “much more optimistic” than he was several months ago. The region generates billions in revenue.

“Dining was a big first step,” he said. “The resorts are starting to call people back to work. It’s almost like reopening the property again and people are very excited.”

Barrett said the Poconos are in better shape than other regions and cities because of the ability to practice social distancing and people in the region to visit something close to where they live.

“All of the research from the past few months shows us that people want to stay closer to home and they won’t get on an airplane,” he said. “They’d rather travel by car around 200 miles from home.”

Barrett said because the region is close to major population centers such as New York, Philadelphia, Baltimore, Harrisburg and Washington, D.C., they are in a advantageous location.

“We will recover much quicker,” he said adding the PMVB has advertised ‘heavily’ in those regions during the past few years.

“We’re encouraging people to buy their tickets online so that they limit their time in the lodge,” said Ashley Seier, marketing manager for the Palmerton resort. Some activities will require people to wear masks and gloves, depending on how close the participants are to one another.

Mountain biking and ‘camping and glamping’ were the first two activities to resume, said Seier, and the response was ‘overwhelming.’

“People are just dying to get outside,” she said. “There’s a bit more security in being outdoors. You’re in the fresh air and you’re away from other people. We have a lot on our side.”

The Scranton/Wilkes-Barre RailRiders and concerts at the Pavilion at Montage Mountain are two of the biggest tourism draws in Lackawanna County and both likely won’t take place this summer.

“The tourism and hospitality industry is taking it really hard during all of this,” said Curt Camoni, executive director of the Lackawanna County Convention and Visitors Bureau. “It’s going to have a slower bounce back than other industries.”

“That’s 7,000 hotel rooms that disappeared from Lackawanna County overnight just from those two events that won’t happen,” he said. “And then you add in the Steamtown Marathon, the county fair, Saint Ubaldo in Jessup and it all adds up. These are all things that Lackawanna County was used to getting.”

He said the economic impact is in the ‘tens of millions’ of dollars.

“The park has basically been sitting empty for three months. It needs to be cleaned and we need time to put all of the appropriate mitigations in place,” she said. “It will be reduced access and because a lot of things require touching to learn, there will be a lot of limited services.”

“It’s been hard,” said Shepherd. “We are in a better position because we are federal employees, but it’s tough being away from the park and we’ve kept people working from home as much as possible.”

She doesn’t know what attendance will be when the park reopens. Steamtown, which at one point struggled with low attendance, had bounced back, according to Shepherd.

“It’s been good,” she said. “It’s one thing we don’t know. Will people want to come out or will they want to stay home? It’s one of the big unknowns.”