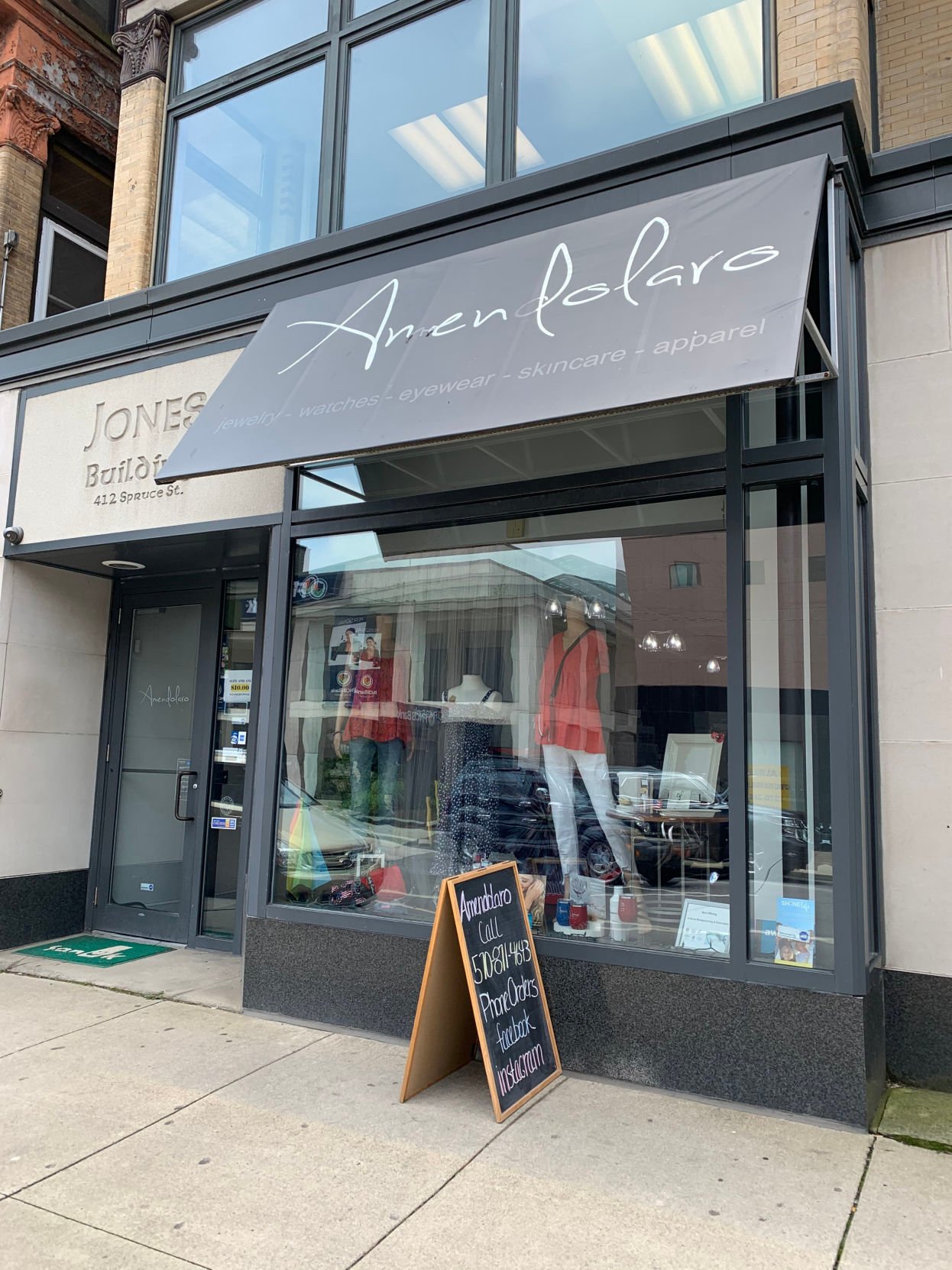 Amendolaro clothing and gift shop on Spruce Street in Scranton in June. 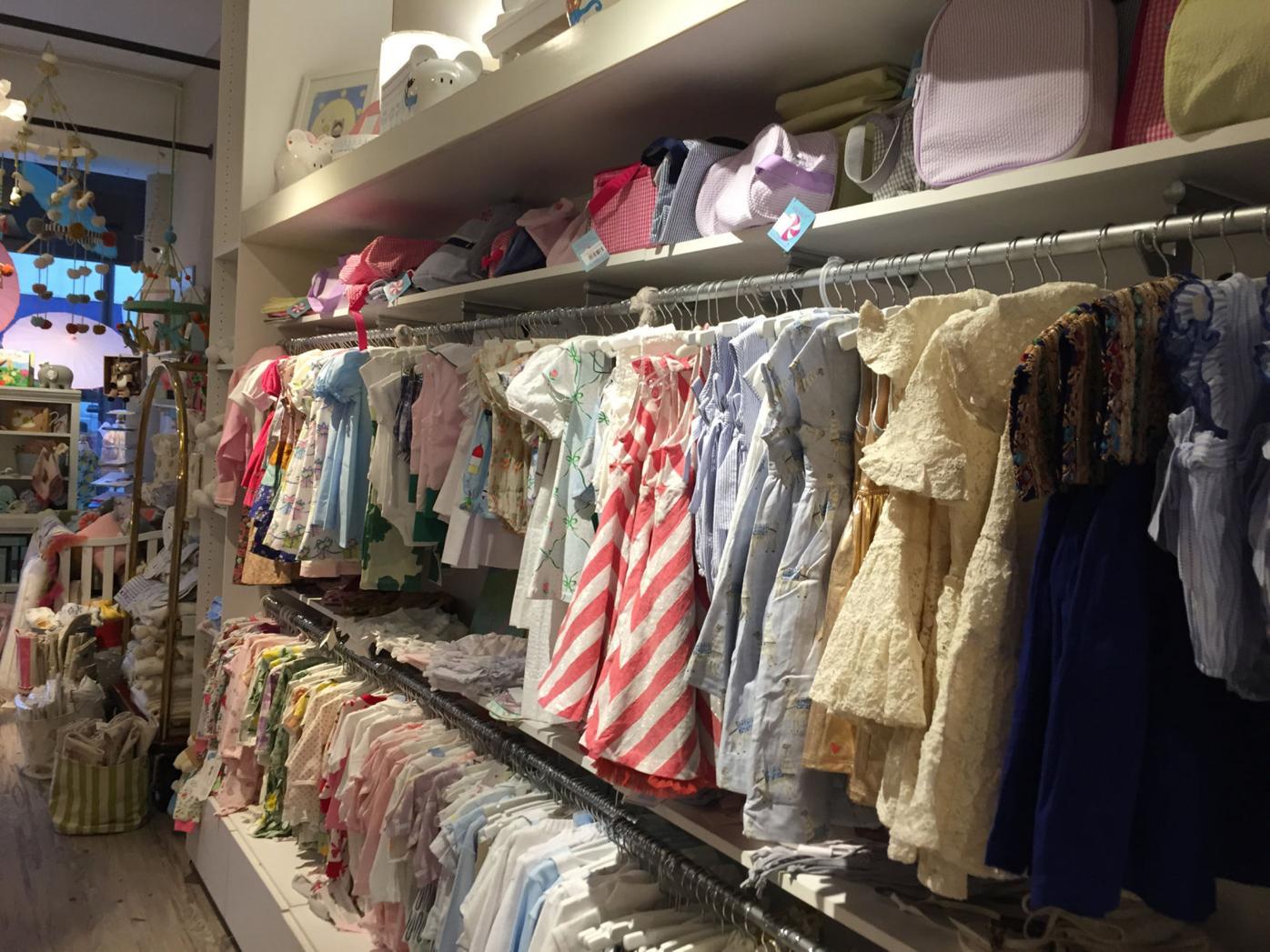 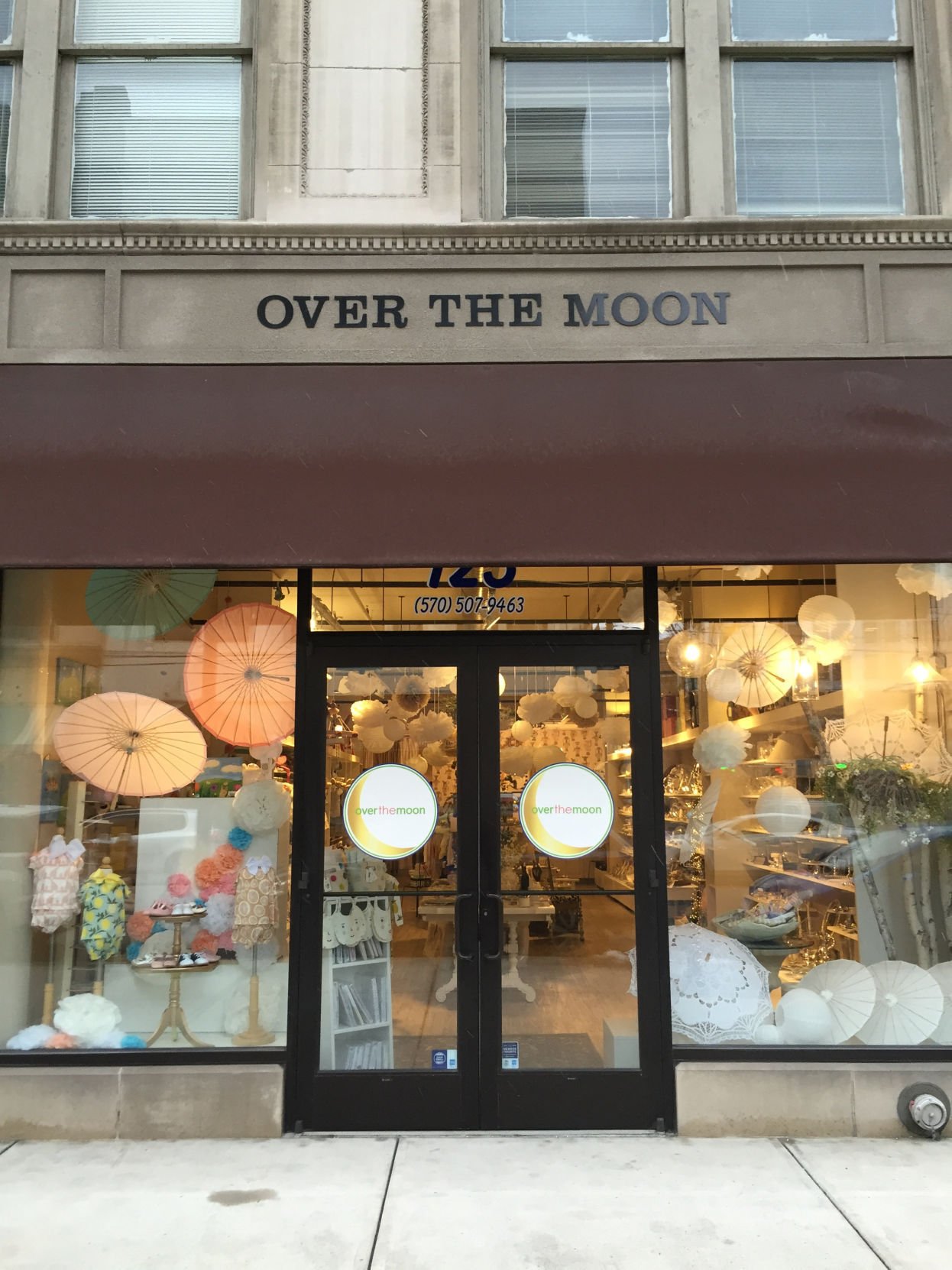 Over the Moon at 123 North Washington Ave. in Scranton. 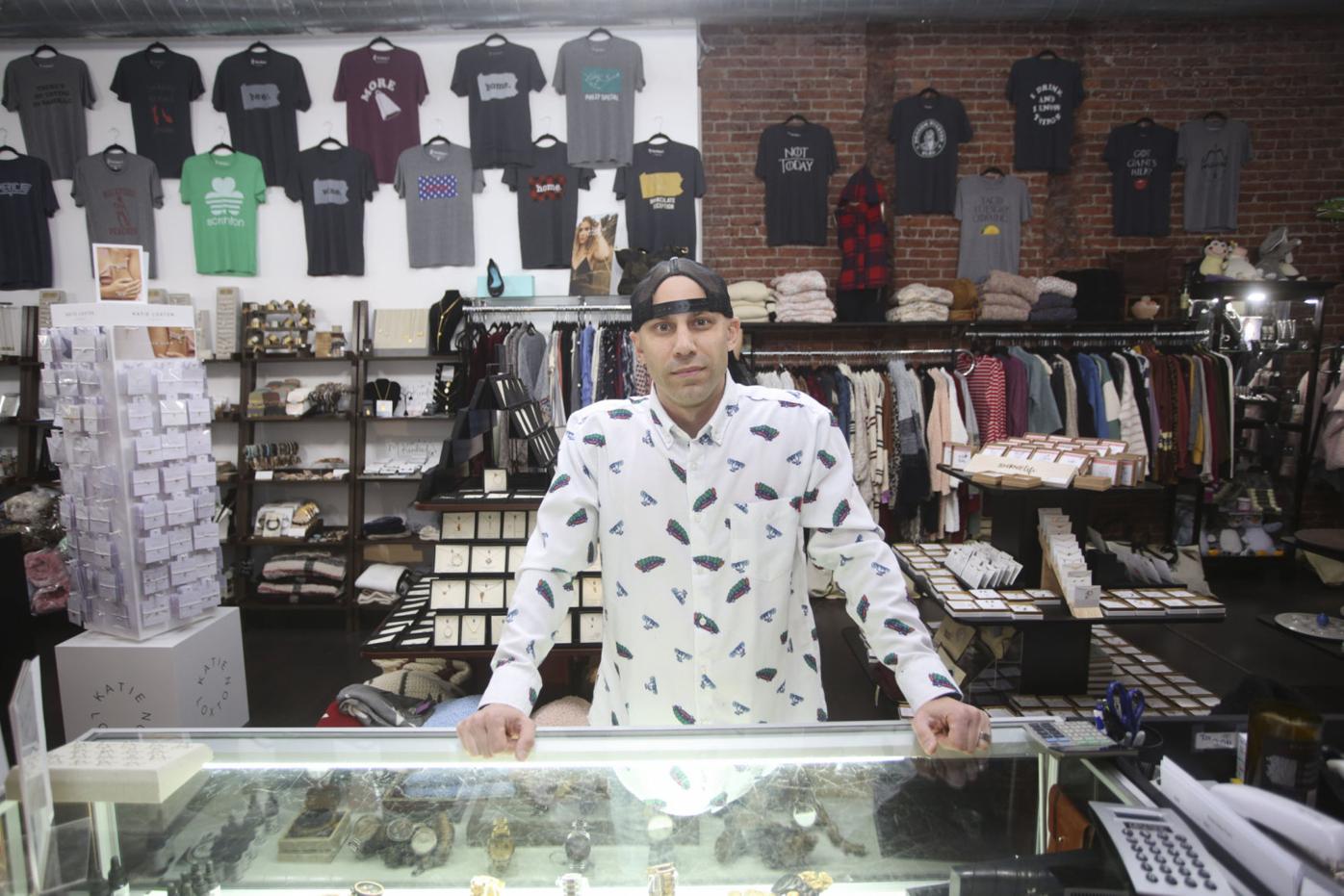 Amendolaro clothing and gift shop on Spruce Street in Scranton in June.

Over the Moon at 123 North Washington Ave. in Scranton.

Amendolaro Gift Boutique owner Justin Amendolaro said his business doesn’t have its website up and running yet, but he and his staff are handling the challenges of the restrictive COVID-19 environment with Facebook Live videos.

“We do a lot with Facebook Live,” he said. “We do live sales of merchandise. We deliver it or they pick it up.”

Amendolaro said Lori Nozzi of the boutique shows the merchandise on Facebook Live and customers ask what sizes are available and order. The Scranton store sells men’s and women’s clothing, jewelry, watches, handbags, housewares and also does embroidering.

“This year buying online is going to be a really big thing with everybody afraid to leave their house,” he said.

Northeastern Pennsylvania retailers are adapting to the pandemic restrictions, hoping to survive with a jump start on the shopping season and a mix of social media and in-store and by-appointment shopping.

“We actually kicked our program off five weeks earlier than any other year,” said Leslie Memolo Collins, executive director of Scranton Tomorrow, of its downtown promotions. “’Light Up Downtown Scranton,’ we’re calling it. It’s really an inspirational campaign this year. We put a lot of thought into being a multi-layered campaign that meets the needs of restaurants, retailers and consumers.”

Collins said more than 50 retailers and restaurants are participating in the downtown promotions. She said the ‘Shop Your Way’ campaign kicked off in mid-November, earlier than the traditional Black Friday start to the holiday shopping season.

That layer of the campaign is designed to accommodate all shopping modes, from in-store to by-appointment, to online and curbside pickup or delivery.

“If (shoppers) want to shop online, many of the stores have worked diligently to create online ecommerce sites to compete with big box stores,” she said.

“I definitely see a mix,” said Kathi Davis, owner of Over the Moon gift store on North Washington Avenue in Scranton. “I feel as though people want to come into the store. That’s why we include private shopping by appointment.”

Some prefer online shopping, though. For those shoppers, Over the Moon is making use of Facebook and Instagram.

“Some of us really are able to continue operating because of social media,” she added. “We couldn’t be open to the public. We had to let people know we are here.”

Davis said her store sells products such as ornaments and florals that come from local vendors.

Bob Durkin, president of Greater Scranton Chamber of Commerce, said the effort small retailers have put forth to recognize the safety of customers has been impressive.

“It isn’t just that they got a clean place and that they’re wearing a mask, it’s more than just an outward show,” Durkin said. “It’s I’m not going to treat this cavalierly.”

He said the chamber was partnering with Lackwanna County on a “shop local” campaign.

“It’s an oportunity for us to focus on those businesses that have been hardest hit,” Durkin said. “Yeah, it’s going be a lot of online shopping, but a lot of our retailers have that capacity.”

Holiday market on the Square

In Wilkes-Barre, some merchants planned to take their business outside with a holiday market on Public Square.

“Because of COVID, we made the decision to move to the Square,” Newman said. “It’s what one would see in many cities and communities in Europe. A dozen different vendors, each one housed in a specially built chalet, for lack of a better term.”

He said the hope is to, despite the circumstances, provide a festive holiday atmosphere in the downtown. He said it’s an opportunity for retailers to sell their goods to shoppers and get more people downtown.

John Maday, president of the Downtown Wilkes-Barre Business Association, said people are being cautious and keep their distant, but, “People will come out. I don’t think it will be overwhelming, but they will come out.”

Maday said he thinks the pop-up shops will be magnet that get shoppers walking around town and into some of the other shops.

Maday and other business leaders are hopeful it’s busy before then.

“Once the temperature drops and carols begin playing, that creates that image,” he said.