The beef processing industry continues to shrink capacity even though demand from consumers is up. An executive order from the Biden administration includes $500 million in funding to expand processing capacity at the regional level. 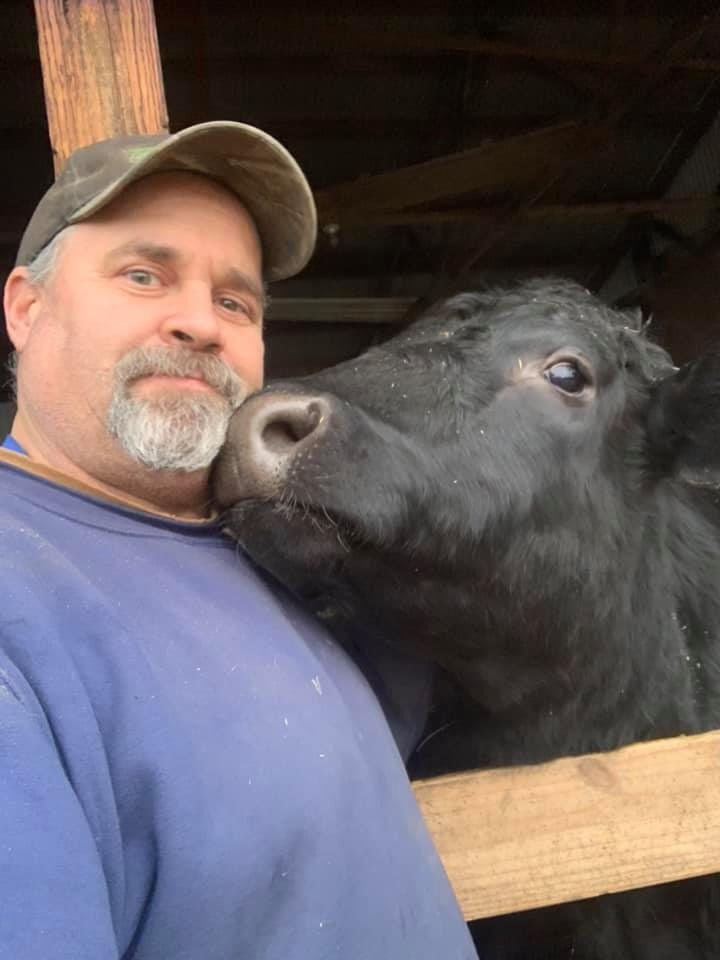 Luzerne County farmer Matt Balliett said demand for beef direct from the farm is high, but a lack of open spots at local processors is limiting profits for producers. 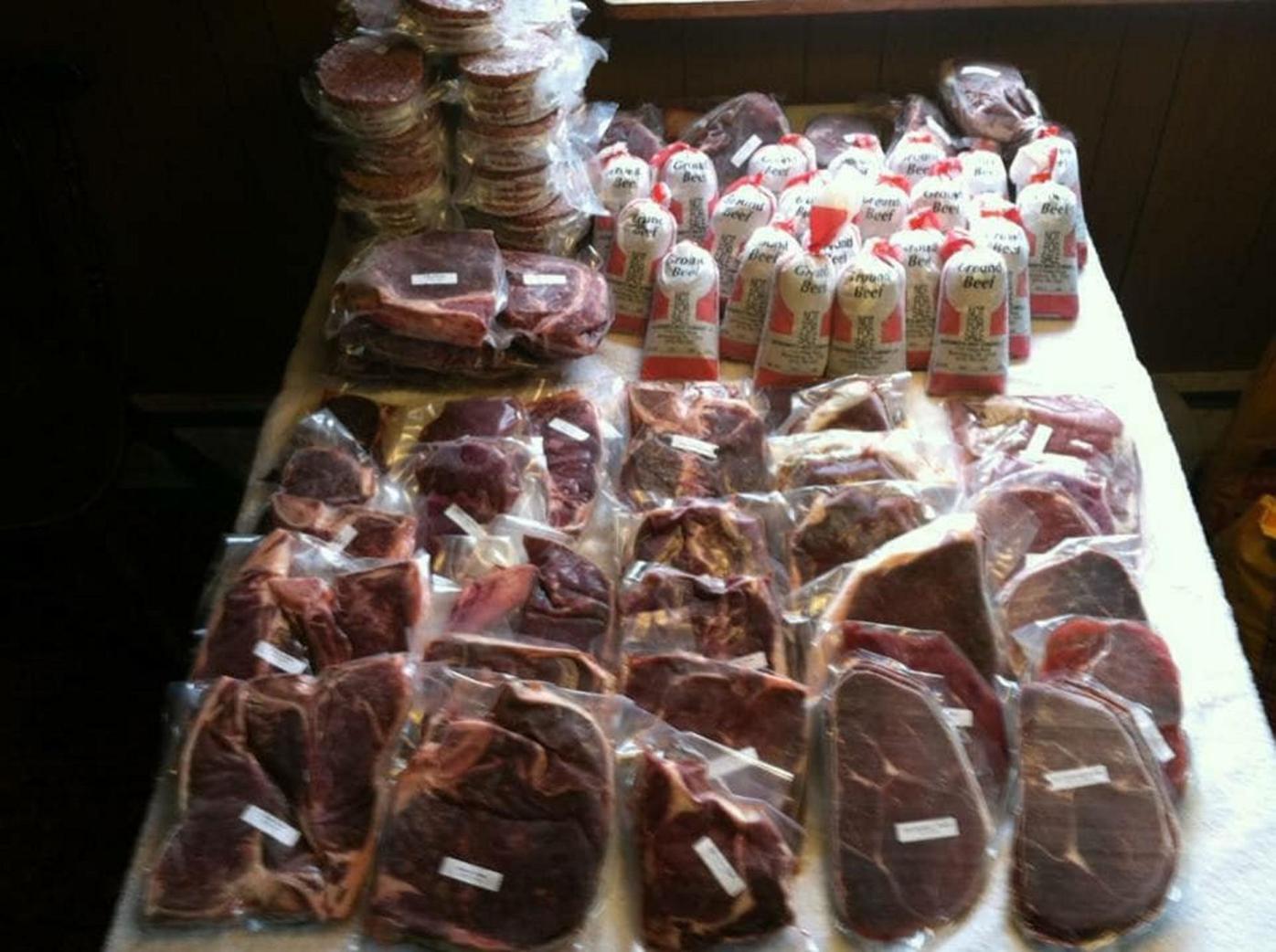 As more consumers look to purchase beef directly from farmers, a lack of capacity among butchers impedes the ability to meet the demand.

The beef processing industry continues to shrink capacity even though demand from consumers is up. An executive order from the Biden administration includes $500 million in funding to expand processing capacity at the regional level.

Luzerne County farmer Matt Balliett said demand for beef direct from the farm is high, but a lack of open spots at local processors is limiting profits for producers.

As more consumers look to purchase beef directly from farmers, a lack of capacity among butchers impedes the ability to meet the demand.

From his farm in Drums, Luzerne County, Matt Balliett says it’s easy to spot the problem that is hindering profit potential for cattle producers.

Since the 2020 pandemic, he said, consumer demand for farm-to-table beef has skyrocketed. At the same time, Pennsylvania farmers have obliged by raising plenty of high-quality beef they’re willing to sell directly to the public.

The issue, according to Balliett, is finding a processor that can transform a live steer into steaks, roasts and hamburger that a farmer can sell.

“There’s a bottleneck when it comes to processing,” said Balliett, who owns Long Hollow Cattle Co. “The processing capacity isn’t there.”

But there could be a fix.

In July, the Biden administration issued an executive order called the Livestock Marketing Fairness Act, which is designed to increase competition in livestock markets. In addition, the executive order includes $500 million to expand regional processing capacity. How that money will be spent isn’t yet clear, and public comment on the matter is still being accepted.

In order for the money to help farmers, Balliett said, it needs to go to smaller processors and not the corporations that run large packing plants in the Midwest.

“We need help on the local level for farmers who raise beef to sell directly to customers. It’s hard to find openings at processors to move the beef we do have sold,” he said.

According to Ethan Lane, vice president of government affairs for the National Cattlemen’s Beef Association, the beef processing industry is losing about 5,000 hooks (animal capacity) per day. The main cause, he added, is a labor shortage that has persisted since the pandemic.

Despite the loss in capacity, the market is still one that’s more favorable to packers rather than farmers. According to Lane, large cattle processors are making $900 per animal while producers are realizing $78.

“There’s a ton of market-ready cattle in the system, and we have constrained packing capacity and surging demand. And that gives the packer all the leverage in the world,” Lane said. “But the $500 million for increased capacity still leaves questions. Who qualifies for it and how do you direct it to where it needs to go?”

In order to expand the capacity of processors, she said, there needs to be more labor. Saylor’s business has six employees and she said at least 10 are needed to meet the demand from farmers to get their animals processed. This year, Stepniak Beef has a waiting list for 80 animals from farmers hoping for a cancellation. Saylor’s schedule for 2022 is also full, and she started another waiting list for then as well.

“I could book for the next 4 years if I wanted to,” she said, adding the business received a $25,000 state grant in early 2020 to expand its refrigeration units, but had to return the money because they couldn’t find anyone to do the work.

“Other local processors I know are cutting their capacity instead of expanding because they can’t find enough help. The demand is there to increase processing capacity, but without employees you can’t do it.”

The business currently butchers 15 cattle each week, but Saylor said she could do much more if there were more people willing to work.

“I would love to expand my facility, but the only thing stopping me is there aren’t enough employees,” she said. “Increasing the labor force is the way to increase capacity with meat processors.”

Lane said his association is in constant communication with the U.S. Department of Agriculture to make sure the $500 million is utilized properly. The government hopes to finalize the rulemaking for the funding program by Christmas, he said, emphasizing the money has to be allotted on a regional basis.

Smaller, regional plants are needed in an industry where four major companies control 83% of packing capacity in the country, according to Lane. But ownership of the plants really isn’t the major issue, he said, rather creating additional avenues for producers to get their animals processed closer to home and reach the urban markets were demand is thriving.

The key is to layer in additional packer capacity in a way that’s adding buyers and not competing for capacity with the corporations.

Compounding the situation, Lane said, is beef herds in the country are contracting – especially in the West where drought is escalating the drop in animal numbers. As cattle numbers go down, packers are going to start losing money, and that cycle could threaten capacity.

“What is today a $900 per head margin at a plant might be a $250 loss in 18 or 24 months. Last time we saw that dynamic shift, we saw a lot of smaller plants shutter,” Lane said. “I think we need to be really careful to make sure we don’t set our own producers up for failure by having them lean into an environment that’s going to need less hooks in a year or two rather than more.

“We’ve seen this cycle before.”

Rather than push to increase hook capacity at the packer level, Lane stressed it’s more critical to add in a way that benefits Pennsylvania beef producers at the regional level.

The number of hooks isn’t as important as the location of the plants, he said.

If the money is available at the regional level, Balliett said he’d be interested just so he can eliminate the headaches of trying to find a processor for his animals. He’s considering building his own processing facility on the farm, but the decision isn’t solely a financial one.

“I don’t know if I can find enough people to work in it. If there’s going to be money available to expand local level processing capacity, we’d be all over it. But there has to be some consideration to funding labor and training, because that’s a big thing holding back expansion right now,” Balliett said.