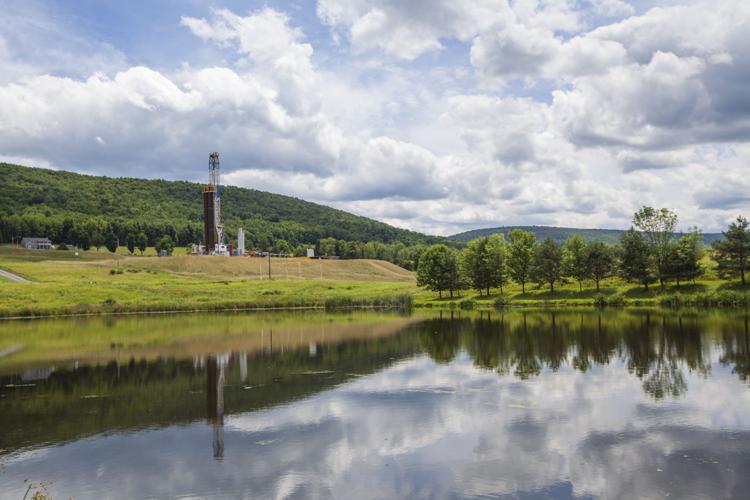 A Chesapeake Energy rig stands near a lake. After several turbulent years and plenty of controversy, Chesapeake, once the second-largest natural gas developer in the nation, is reinventing itself. 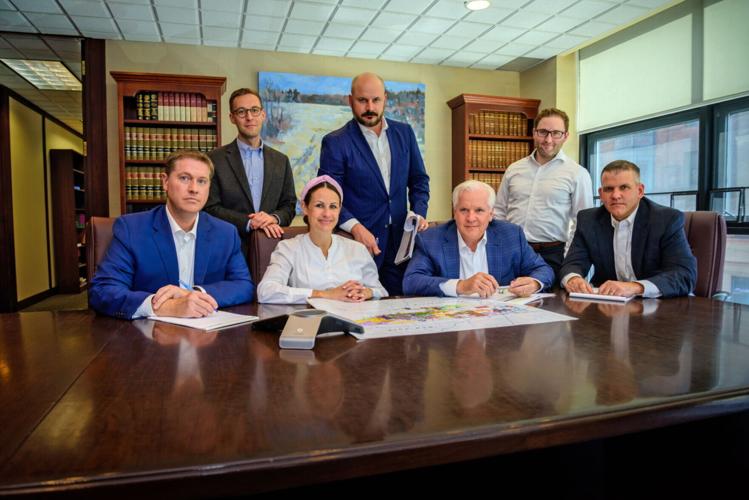 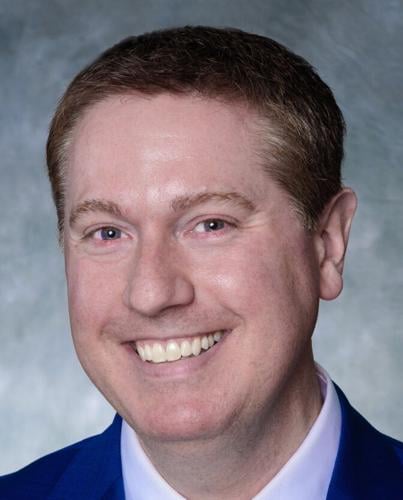 A Chesapeake Energy rig stands near a lake. After several turbulent years and plenty of controversy, Chesapeake, once the second-largest natural gas developer in the nation, is reinventing itself.

An area law firm that has built a solid practice representing gas drilling companies in Pennsylvania is predicting a resumption of the gas boom following the COVID-19 slowdown.

Pennsylvania is the second highest-producer of natural gas in the country, thanks to the Marcellus shale, where gas companies are employing hydraulic fracturing, or fracking, at well sites in the Northern Tier and in western commonwealth counties.

While the state seemingly has stepped up its oversight of the gas drilling industry, critics say state regulators aren’t doing enough.

“There’s a lot of problems out there our government isn’t addressing,” said Scott Cannon, of Action Together NEPA, which advocates for the environment and women’s rights, civil rights and the rights of voters. “Pennsylvania is doing a horrible job of regulating the natural gas industry and addressing and fixing the problems.”

Attorney Dan Brier of the firm said Pennsylvania is second behind Texas in production of natural gas.

“In the 10 counties where production is the highest (In Pennsylvania), six are in the Northern Tier or Northeastern Pennsylvania,” Brier said.

Bradford, Lycoming and Susquehanna counties with their fertile rock formations are driving a huge amount of economic development.

That activity has kept the law firm busy.

“We’re in and out of the courts in these Northern Tier counties,” Brier said.

“One of the things we’ve done as a firm was focus in the last decade on developing subject matter expertise,” said attorney Jack Dempsey. “We’ve litigated these cases in most of the state and federal courthouses that are situated where these cases played out.”

Brier said examples of cases the firm litigates include disputes between companies over the rights to subsurface ownership or who has the rights to produce the minerals.

“The state Attorney General’s Office has been active in bringing enforcement action against the industry,” Brier said.

Attorney Nick Kravitz said there also are infrastructure side disputes among contractors or commercial litigation over the propriety of change orders.

“Our practice involves helping clients obtain property rights and the commercial contracting side,” said attorney Neal Thatcher, who started his legal career when Marcellus shale drilling was in its infancy in the early 2000s.

Thatcher spent just over a decade with Williams, a Fortune 500 energy company with interests throughout the United States, especially in Pennsylvania’s Northern Tier. Thatcher said he served as lead counsel for various business segments Pennsylvania, West Virginia and Ohio.

Thatcher recently fulfilled his goal to return to private practice. He was drawn to the Scranton law firm because of its “deep experience as one of NEPA’s top legal firms.”

Brier said the first Marcellus shale fracking well went online in about 2008 and growth was fairly modest at first.

“COVID affected everything, of course. During COVID, development slowed down. Beginning in 2021 to today, there’s been a tremendous amount of growth.”

Unconventional wells in Pennsylvania, those in which drilling is done horizontally, produced about 7.1 trillion cubic feet of natural gas from 10,105 wells in 2020, according to the state Department of Environmental Protection’s 2020 Oil and Gas Annual Report, the latest available.

That amount represents the largest volume of natural gas on record produced in Pennsylvania in a single year, according to the report.

“When you look at that from a bird’s eye view, restaurant and lodging really have been an economic boom,” Kravitz said.

The gas drilling industry has not been without its problems.

The 2020 report notes that DEP filed 9,363 compliance violations against drilling companies that year. They include infractions at conventional and unconventional well sites and linear project sites such as pipelines, in addition to well site and administrative issues such as failure to meet reporting requirements.

DEP also lists on its website 382 letters to property owners from 2008 to 2022 confirming their wells were contaminated by gas drilling activities. The owners whose wells had not returned to pre-drilling conditions were told the company responsible would install water treatment equipment, according to the letters.

Thatcher said that with COVID-19 pandemic-related closures, production was weaker than usual because of a decrease in demand.

“By the summer of 2020, prices depressed to a new low,” Thatcher added. “It has since gradually increased. Right now, prices are higher than they’ve been for some time.”

It has gone up since then.

The American Gas Association reported that on April 18, natural gas prices in the United States rose to their highest level since 2008. Contracts for next-month delivery of natural gas briefly reached $8.03 per MMBtu before settling at $7.80. The following day, prices dropped to around $7.

Brier said three counties on this side of the state are in the top five of natural gas production. Susquehanna County is number one, Bradford is third and Lycoming is fifth. Wyoming, Tioga and Sullivan counties are sixth, seventh and 10th, respectively.

“Susquehanna, Washington, Bradford, Greene and Lycoming are the top five and account for 76 percent of the production of natural gas statewide,” Brier said.

The drilling areas have narrowed over time, but 36 out of the 67 counties have at least one producing well, Thatcher said.

He said there still is a high demand for natural gas, not only in the United States, but internationally.

“My sense is it’s going to be a primary economic driver in Northeastern Pennsylvania for decades,” Brier said.