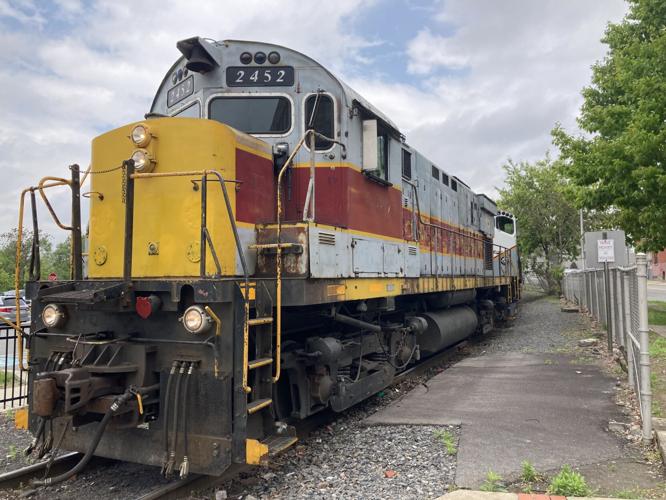 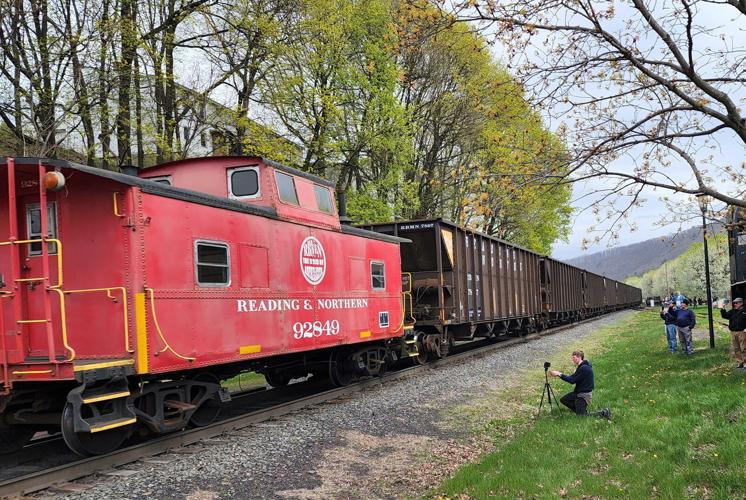 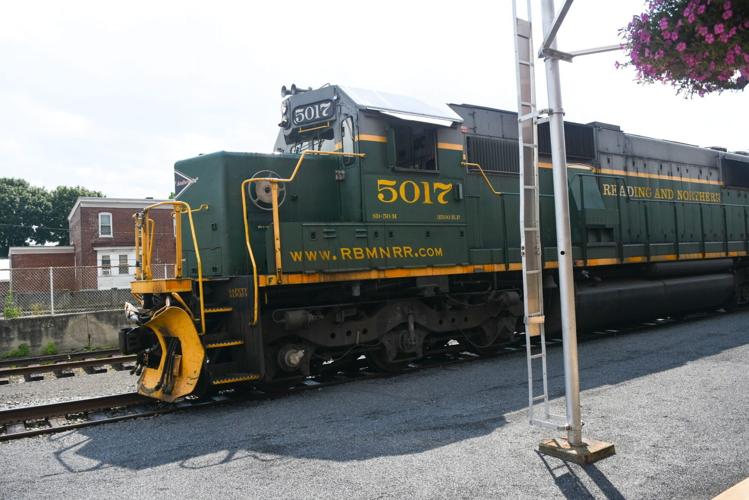 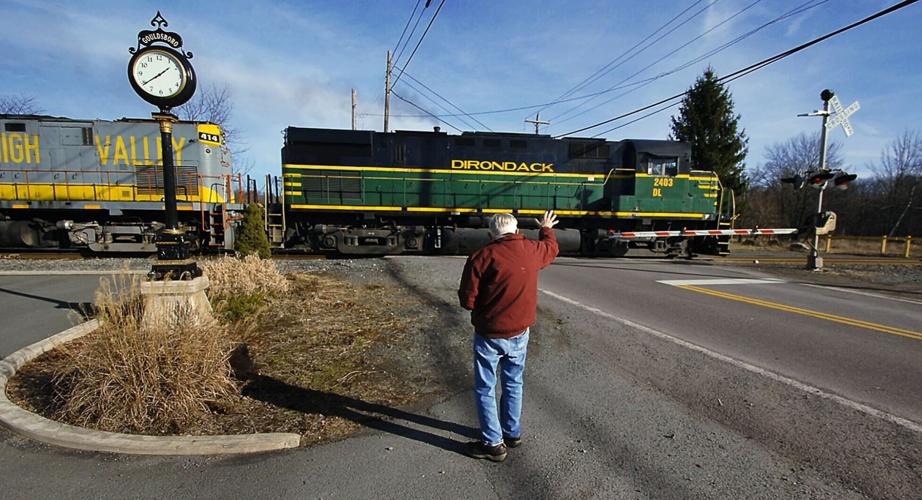 “I’m a rail fan,” said C.P. “Sandy” Burton, 77, of Lebanon, N.J., as he waved to a freight train from the Delaware-Lackawanna Railroad speeding across Main Street in Gouldsboro. 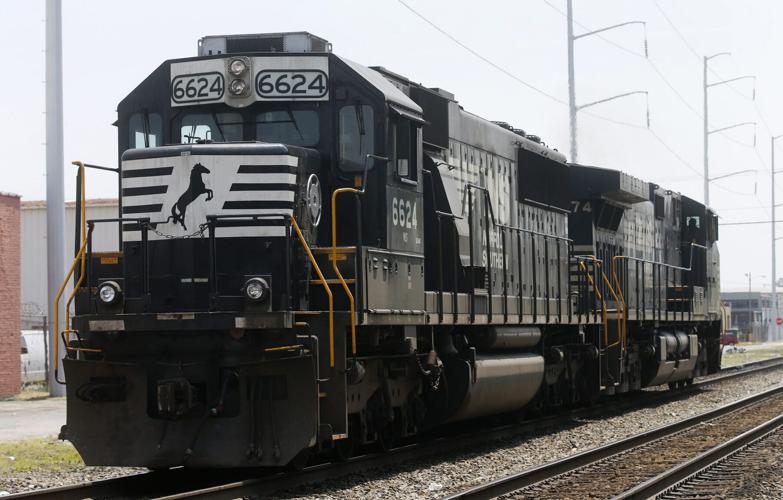 A Norfolk Southern locomotive moves along the tracks in Norfolk, Va. 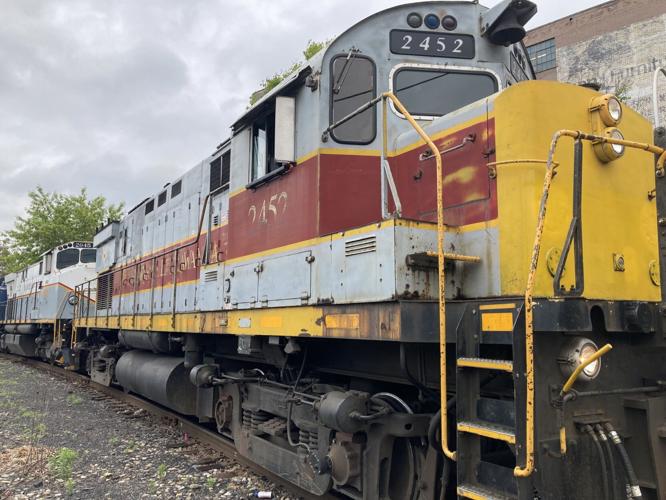 “I’m a rail fan,” said C.P. “Sandy” Burton, 77, of Lebanon, N.J., as he waved to a freight train from the Delaware-Lackawanna Railroad speeding across Main Street in Gouldsboro.

A Norfolk Southern locomotive moves along the tracks in Norfolk, Va.

Regional rail operators are hauling more freight these days, and it appears that business is gathering steam.

Larry Malski, president of the Pennsylvania Northeast Regional Rail Authority (PNRRA), which owns a regional rail system, has been seeing the freight business increase for several years, as have other local business leaders. Malski sees that growth continuing.

“I would say, over the next two to three years, an awful lot is coming back,” said Malski. “The high price of trucking is probably one of the causes. It’s not just the fuel, it’s the lack of drivers, rates of pay for drivers and maintenance.”

He said rail’s costs have been constant.

“Freight rail has been on the rise for a number of years,” said Bob Durkin, president of the Greater Scranton Chamber of Commerce. “About a third of all prospects we’re seeing are looking for rail access. It’s a smart move when it can be done.”

“More than half of our leads that we’re getting are requiring rail,” said John L. Augustine III, president and chief executive officer of Penn’s Northeast, a regional economic development agency.

He said the companies are seeking rail service to haul commodities from a cost standpoint, as well as a reliability standpoint.

Reading and Northern Railroad is the major rail line going through the region, while there is some access to Norfolk Southern and Canadian Pacific, Augustine said.

The Delaware-Lackawanna Railroad Co. Inc. (DLRR) also serves the region under contract with the rail authority.

PNRRA was created in May 2006 to regionalize the rail assets of Northeastern Pennsylvania. PNRRA owns the regional rail system that runs from Carbondale to Scranton through the Poconos to East Stroudsburg and the Delaware Water Gap. With its nearly 100 miles of lines, the rail system includes freight and passenger excursion service and has helped draw in new rail dependent industries in Monroe and Lackawanna counties, creating hundreds of new jobs, according to the authority’s history.

The Delaware-Lackawanna Railroad Co. Inc. (DLRR) is under contract with the PNRRA to provide rail freight services over the regional system. Both entities market the region and the region’s industries to the world.

The region’s rails also transport commodities to and from those industries. One of those major customers has been the gas drilling industry.

He estimated the commodities the rail network hauled for the fracking industry in the last two or three years probably were up by more than 40%.

He said natural gas is replacing coal in Pennsylvania, certainly for environmental reasons, but the main reason is, it is much cheaper.

“Electric power companies are seeing their costs go down with gas,” Malski said. “It’s much cleaner, there are much less airborne toxins with natural gas.”

Because drilling companies use a specific kind of sand in drilling operations, PNRRA brings in the sand from Illinois and Wisconsin by train.

Drilling companies put the special sand down in the hole to loosen up the shale and gas, Malski explained.

“It’s the structure of the pebble, the tiny, tiny grain of sand,” he said. “It works much better when they pump it down. It’s able to open the cracks and helps the gas the comes up much faster.”

He said it’s probably the biggest commodity for fracking.

Operations and dispatch are based adjacent to the Steamtown National Park & Railroad Museum, Scranton

He said the rail company has served Northeastern Pennsylvania for nearly 30 years.

“Many of these factors probably sound like a broken record as we, the general public, experience supply chain-related problems, as well as record high inflation. However, many of these factors have assisted in the further renaissance of the use of rail freight as evidenced right there in Northeast PA. There is renewed interest in our cost-effective, reliable, and what is the most fuel-efficient means of ground transportation — rail freight — to keep the U.S. economy and businesses of all sizes, competitive and thriving.” He said rail freight is making bigger strides than ever to help solve supply chain bottlenecks while reducing emissions and greenhouse gases.

“Another significant added advantage we provide is helping to minimize road and bridge infrastructure damage and decay by reducing unnecessary long haul-heavy haul truck traffic,” Wasilewski said. “An average rail car hauls the equivalent of four truckloads of product or raw material. We can move 1 ton of freight over 470 miles on a single gallon of diesel fuel. That is, on average, three to four times more fuel efficient than trucks.”

He said that during the earlier phases of COVID, the rail company supported regional businesses such as Azek in Scranton and Monadnock Non-Wovens in Mount Pocono by transporting raw materials used to manufacture pandemic mitigation products.

“We work with companies like Ardent Mills, supporting and protecting the food products supply chain even while the pandemic was limiting many other forms of freight transportation,” Wasilewski said. “We handle a myriad of different products for a large array of Northeast PA customers — from lumber, chemicals and plastics to propane, retail goods and packaging products.”

Malski said Ardent Mills, a flour mill in Mount Pocono, is as big a success story for the authority rail system as fracking.

“We bring in trains of wheat from North Dakota and South Dakota,” he said. “They distribute flour all over Eastern Pennsylvania, New Jersey and New York. We’ve also gotten wheat out of Canada, Kansas.”

He said it cost $40 million to build the mill in 1998. It is the newest flour mill in the Northeast United States, according to Malski.

“We’re not just running trains, we run trains to bring in industry,” he said.