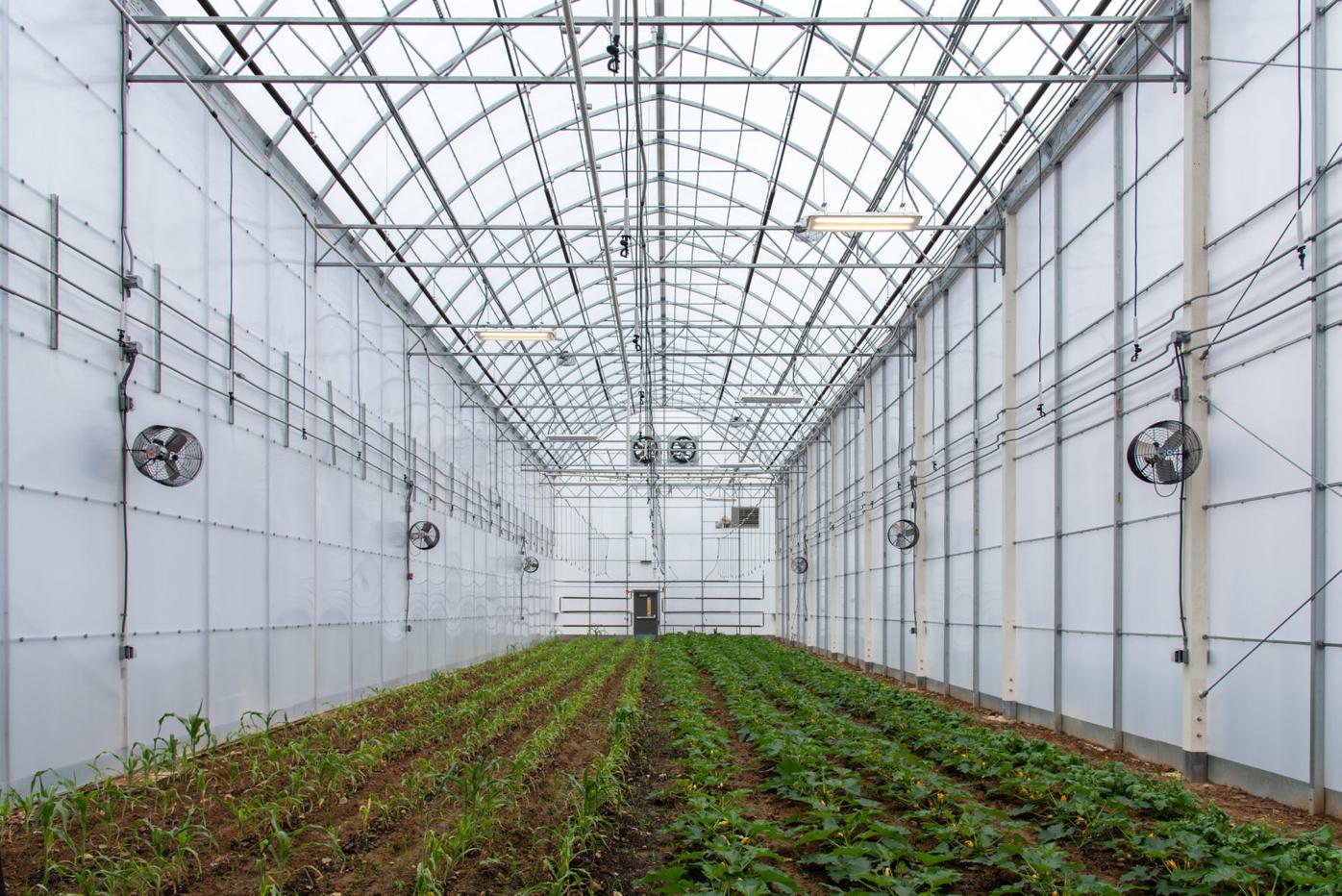 A greenhouse at Pocono Organics in Long Pond. 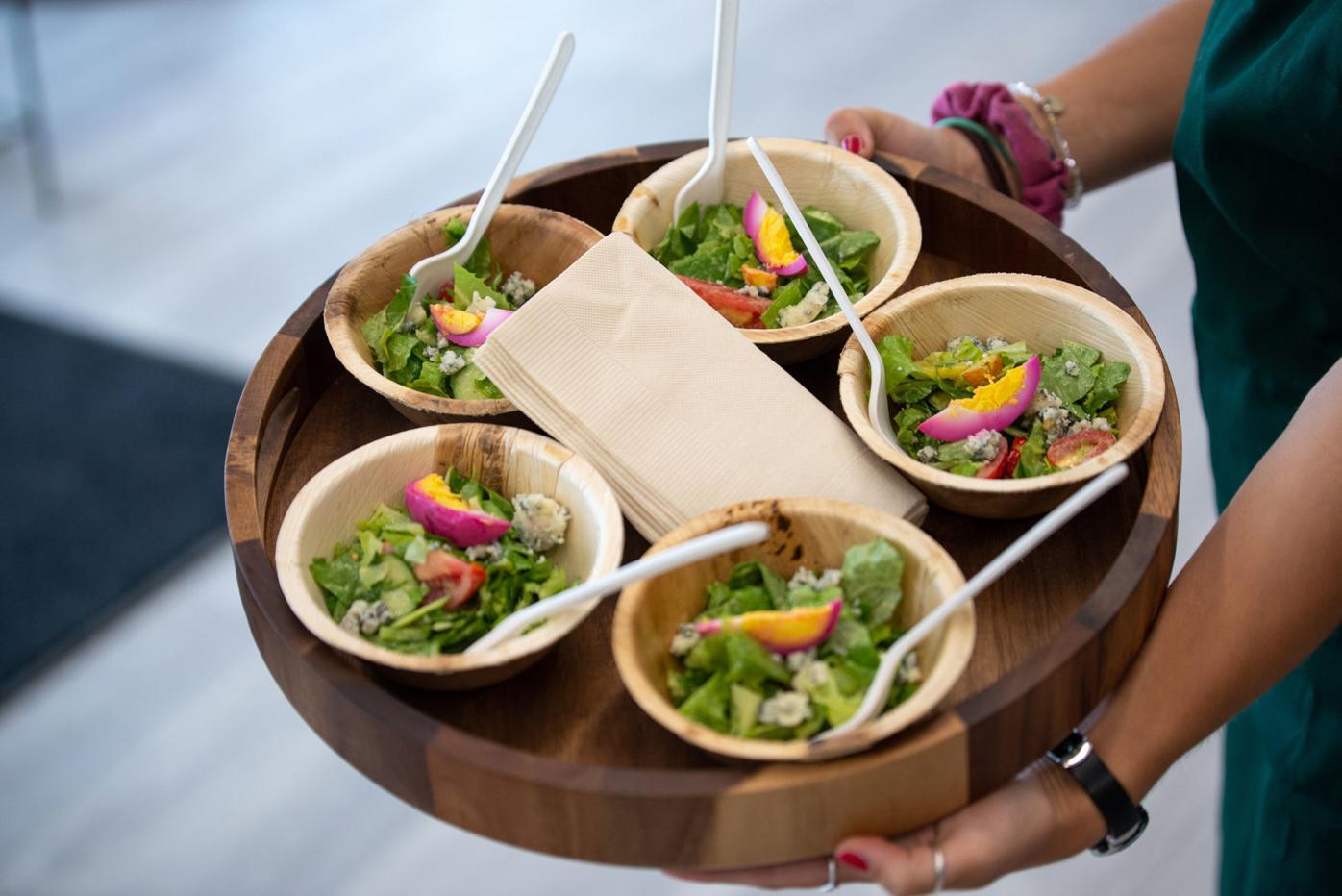 Salads made with vegetables from Pocono Organics were recently served at a grand opening event in Long Pond. 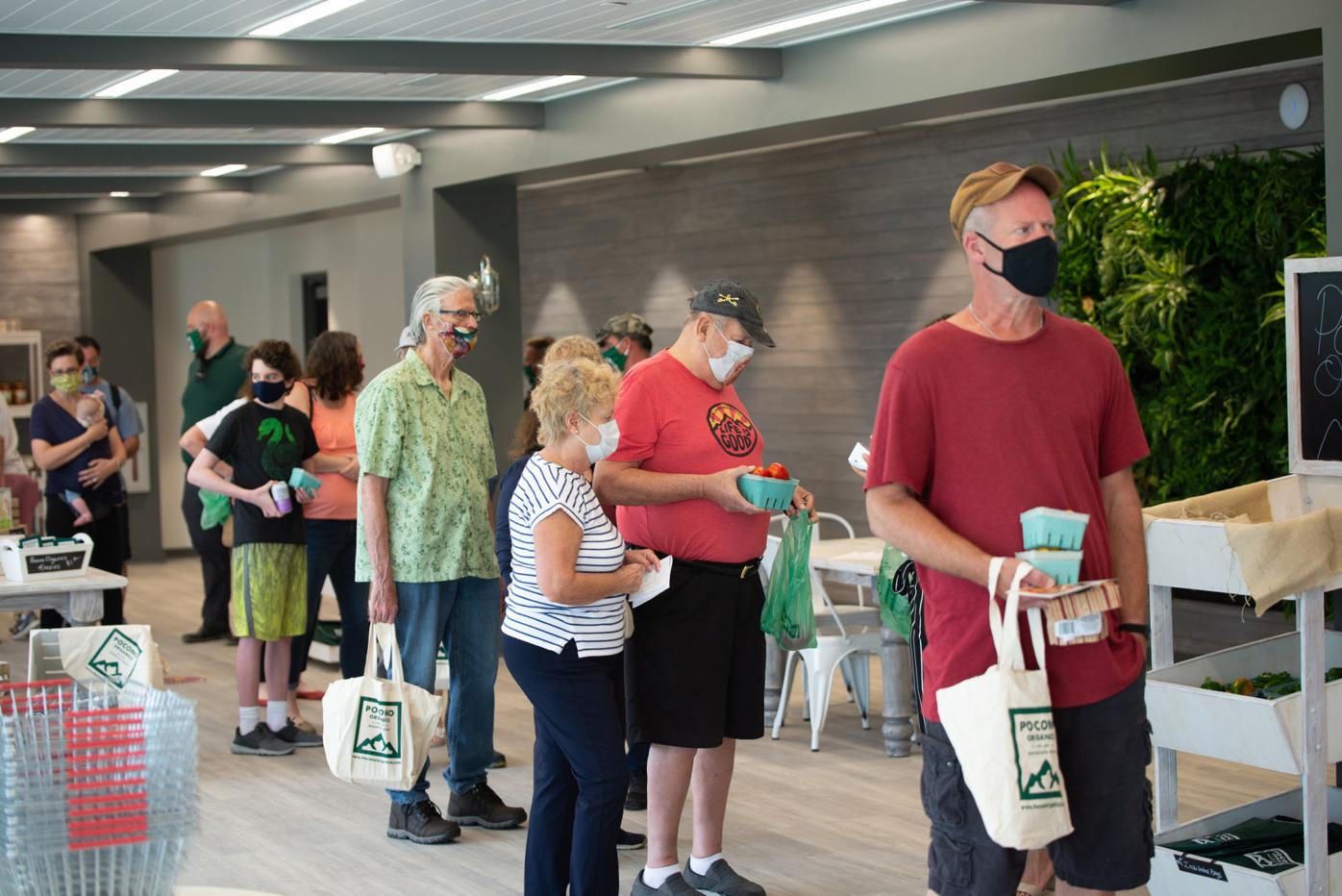 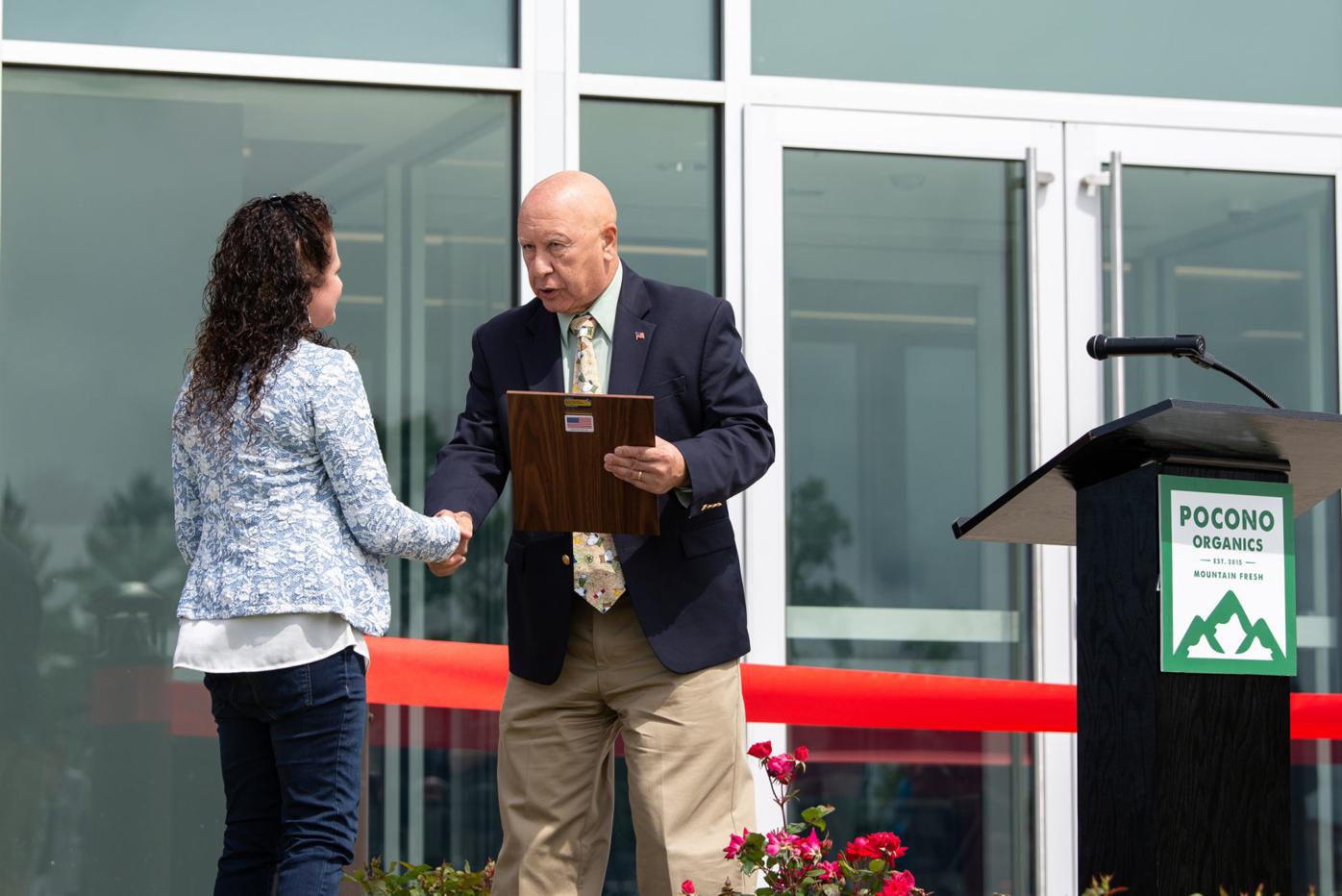 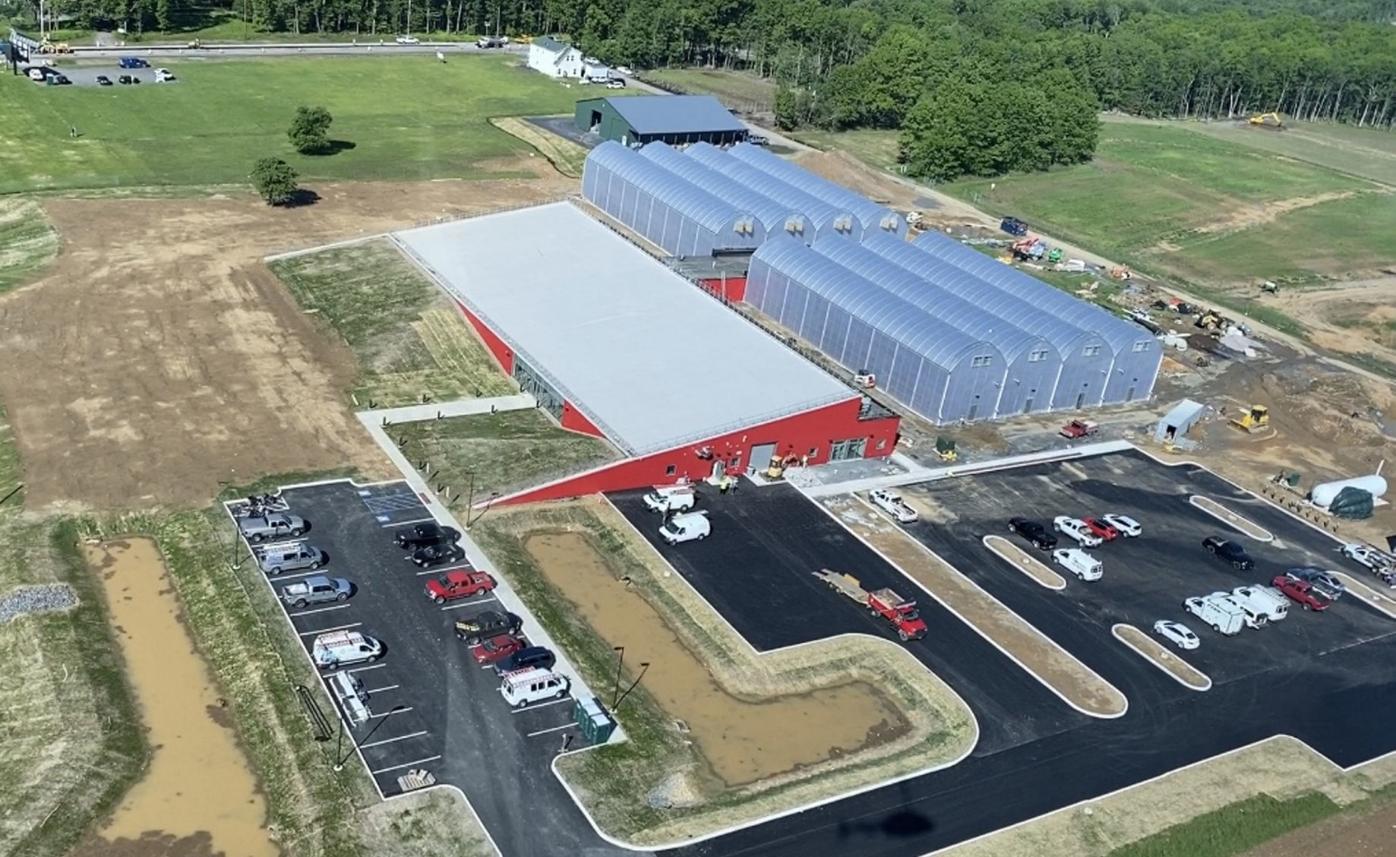 A greenhouse at Pocono Organics in Long Pond.

Salads made with vegetables from Pocono Organics were recently served at a grand opening event in Long Pond.

Ashley Walsh came into organic farming out of necessity.

Walsh suffers from gastroparesis, a disease in which the stomach cannot empty itself of food normally and can cause heartburn, nausea and vomiting. She was treated with medications, and doctors recommended surgery. Meanwhile, she was pureeing the fruits and vegetables she had to eat. She compared it to eating baby food.

“They wanted to cut out my stomach,” Walsh said. “I changed doctors.”

She started eating healthier, natural “new” food. She got off the medications.

“I began using food as medicine. It improved my way of life,” she said.

She gave birth to a 9-pound baby.

Still, she had a difficult time finding the produce and other foods she needed to sustain her healthy lifestyle. So in 2015, she came up with the idea to start an organic farm on a 50-acre tract that was part of the land her grandparents, Drs. Joseph and Rose Mattioli, purchased to create Pocono Raceway 50 years ago.

It grew to more than that. Walsh’s Pocono Organics, which held its grand opening in June but was selling its food online since April during the COVID-19 shutdown, linked up with Rodale Institute, a global leader in regenerative organic agriculture practices and research.

According to Walsh and her Chief Marketing Officer Mike Mooney, Pocono Organics is poised to be the largest regenerative organic farm in North America. Pocono Organics has grown to more than 380 acres of farmland and will have 120,000 square feet of greenhouses. The business is powered by a 3-megawatt, 25-acre solar farm, and it captures rainwater from its greenhouse roof for irrigation.

The enterprise also has become more than a farm. Pocono Organics is involved in the local community through its Clean Food, Dirty Hands school education program and helps veterans in transition to civilian life through a Veteran Farmer Training Program. The land also houses an organic farm market and café and Walsh plans to host annual festivals, events and workshops.

“We have a (Food Network) Chop champion chef, cooking classes,” Walsh said. “We’ll have all kinds of classes.”

Walsh said another aim of the business is to be a real research center for healthy, regenerative organic agriculture.

Walsh said it’s important to have healthy soil to sustain growing healthy food, rather than using chemicals and pesticides, as many farms do.

The United Nations Food and Agriculture Organization reported six years ago that soil degradation was advancing so quickly that the world might only have 60 harvests left. Mooney compared that to losing 30 soccer fields of soil per minute.

“It’s not anything new,” Walsh said. “What we’re doing is we’re going back to what our grandparents called it —food.”

“Restaurants are seeing interest from their customers in regenerative organic food,” Mooney said. “Not only general consumers, but restaurants and grocers are responding.”

During the COVID-19 pandemic, Walsh said, Pocono Organics was lucky in the way it was set up, working with other local farms and one or two local butchers rather than a huge meat-packing plant.

“We can make sure we’re supplying nutrient-dense food to everybody,” she said.

Before the shutdown, Walsh planned to open in late April or early May and sell much of its farm products to restaurants.

“We actually pivoted,” she said. “We started an online store and had curbside pickup. We were able to offer that until the grand opening.”

Walsh said the business employs 25 full-time workers, plus an additional 25 part-timers during the growing season.

The business planned to provide food to race teams and TV crews at Pocono Raceway for that weekend’s races. However, there were no fans and the track could not open its kitchens, Walsh said.