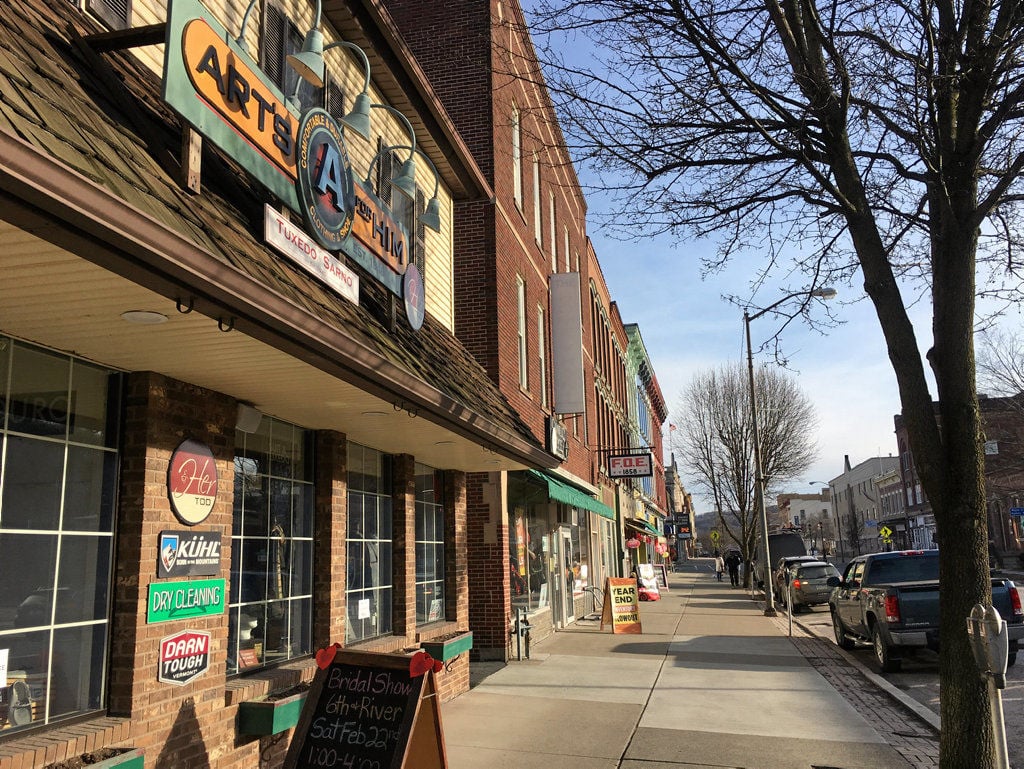 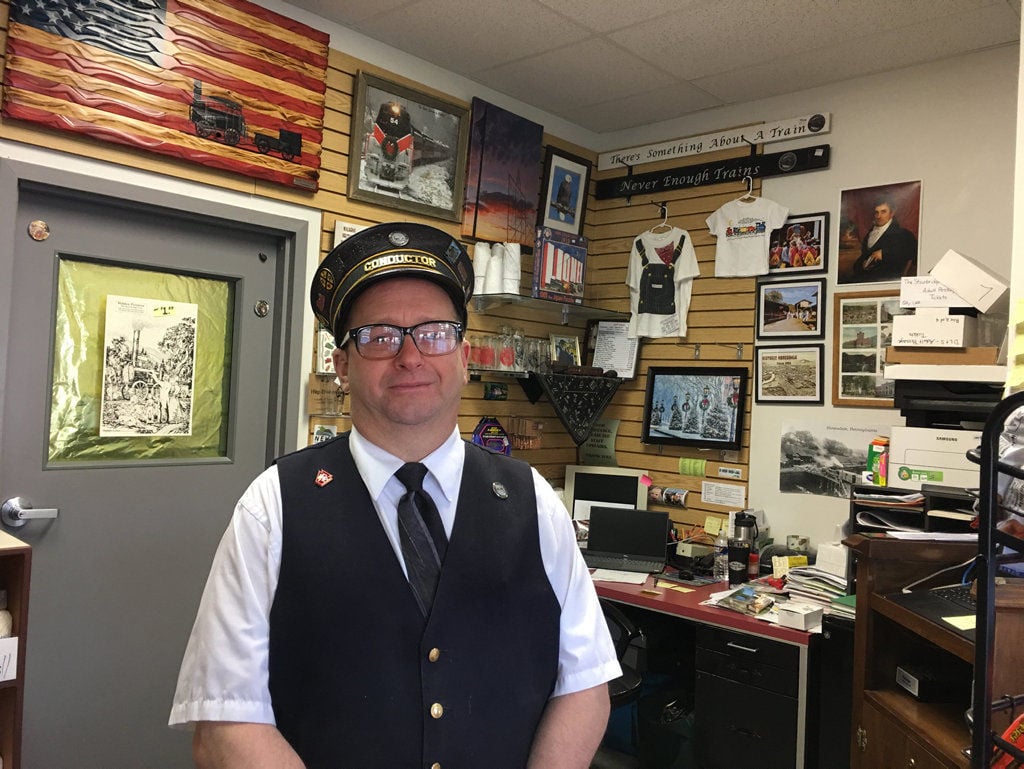 Mary Dinan grew up and lived in Manhattan before she and her husband, Jack, lived and worked in Princeton, New Jersey.

After spending part of each of the past 18 years in their restored farmhouse 40 minutes outside of Honesdale, they decided to move there permanently.

In April, she opened her Maude and Main gift shop on Honesdale's Main Street, her fifth retail store, her first there.

"We decided at one point that we wanted to make it a full-time house," Dinan said. "We left the treadmill to come here. We don't miss it."

Her story is not uncommon. Honesdale has drawn transplants from nearby New York state, especially the city, who either vacation here in rural Wayne County or buy seasonal homes here and decide to stay.

Some of them, like Dinan, have opened businesses, and that has contributed to the borough resurgence in recent decades as a thriving downtown.

"Honesdale is a mixture of amazing businesses," said Lisa Burns, executive director of the Greater Honesdale Partnership, a nonprofit formed to encourage the preservation and improvement of the downtown and surrounding areas and recruit and retain downtown businesses.

Burns said there are a variety of restaurants – Vietnamese, Mexican, fine dining and bar food for example.

"As a restaurant niche, we've got amazing things," Burns said.

There also are two breweries and a winery.

Tim Meagher, co-owner of the REMAX Wayne real estate agency with his father, Paul, also points to Wayne Memorial Hospital, one of the area's largest employers, which recently did a $110 million expansion. Three regional banks founded in Honesdale — Honesdale National Bank, Dime Bank and Wayne Bank — all have expanded but still are community-owned, he said.

"The other thing that really attracts people is our school district," Meagher said.

He said Wayne Highlands is in the top three school districts in the region.

Honesdale also is rich with history – the old stone jail from the 1700s, the historic Wayne County Courthouse, architecture going back to the 1800s and a full-scale replica of the Stourbridge Lion locomotive in the Wayne County Historical Society's Museum and Research Center, right on Main Street, Burns noted.

The Stourbridge Lion was brought over from England in 1829 due to the town's industry of transporting coal. It was the first steam locomotive to run on commercial tracks in the United States.

The Stourbridge Line, these days, offers excursions through the Northern Poconos and along the Lackawaxen River.

"This year, we're doing 269 trains," said Jeffrey Hiller, who is the train excursion and tour consultant.

The childhood home of Dick Smith, who wrote the lyrics of the holiday classic, "Winter Wonderland," overlooks Honesdale's Central Park.

Burns said she wrote a grant for downtown revitalization.

"We will do an entire streetscape, put in new poles, sidewalks, facades," she said.

Honesdale also is home to Highlights for Children magazine's headquarters and where the family that runs the magazine is from; Yoga International, which offers online subscription yoga videos and is one of the fastest growing companies in the country, according to Burns, and the Himalayan Institute, which offers programs in yoga, meditation, spirituality and holistic health.

The Honesdale area is a popular destination for tourists visiting the Pocono Mountains and nearby lakes, as well as for kids' summer camps.

"People send their kids to camp from as far as California," Burns said.

Burns also cited the Roots & Rhythm Music & Arts Festival, sidewalk sales, fireworks before the Fourth of July and other events during the year.

Tom Fasshauer, who with his wife, Gail, is the second generation to run Art's For Him & Her Too clothing store, a downtown staple for 72 years, said Honesdale has been getting a variety of entrepreneurs.

He said Honesdale draws a lot of visitors, from New York and up and down the East Coast, who have seasonal homes in the area or are visiting resorts such as Woodloch Springs or Woodloch Pine.

Fasshauer, whose business also offers dry cleaning and tuxedo rentals, said his father, Arthur, started it in 1948 as a third-floor tailor shop. The business has been in its current location since 1952. Fasshauer said he and his wife began running the business in 1980.

"Honesdale has a bright future," he said, noting the businesses always have worked together. "We have a lot of great people here who love this town."

Dinan agrees, and that's one reason she opened the business.

She and her husband own the building located at Main Street and Maude Alley, from which she named her business.

"There's good influx of artists," said Dinan, whose background is in interior design and retail. "A lot of people have a secondary house, and we have great support for our Honesdale people. They do believe in shopping small."

The influx of residents and business owners have led to a healthy real estate market.

"The market here is very, very strong, both residential and commercial and retail," said Meagher. "There's a lot of activity, home sellers are doing well and prices are increasing. We don't have any vacant storefronts."

He said the former Sullum's building on Main Street, now called the Wonder building, is being restored and will house a restaurant and a bake shop.

Meagher, who also serves on the boards of both the Greater Honesdale Partnership and The Chamber of the Northern Poconos, said the housing prices in the rural market are much less than in larger and even medium-size metro areas. He said a 10-year-old, 3,000-square-foot four-bedroom house could sell for $275,000 to $300,000.

"There are some beautiful colonial and Victorian homes," Meagher said. "Others built in the 1850s were meticulously renovated. Little village homes are cheaper."

It's 15 to 20 minutes to lakefront or stream front homes, he said.

There are larger properties with not a lot of homes around.

"It's not like we are a suburb in Clarks Summit or Philadelphia," Meagher said. "There are not 200 homes (in a development)."

He said people visiting from the city for a vacation like the smaller hometown feel and the beauty, so they buy a second home or buy a home and stay here and commute to New York or Philadelphia.

"You could buy one of those large parcels of land," Meagher said. "Taxes aren't that much, and you could put it in the Clean and Green program."

The program prohibits construction of a large development.

Meagher, who lived in California when he was in his 20s, moved back to Honesdale when he wanted to get married and raise a family.

"People are so nice and friendly," he said.

He said clients he drives around to show them the town are surprised that he seems to know everybody.

"I get the comments all the time," said Meagher, whose ancestors settled in the area in 1855. "I wave to everybody and they wave back."