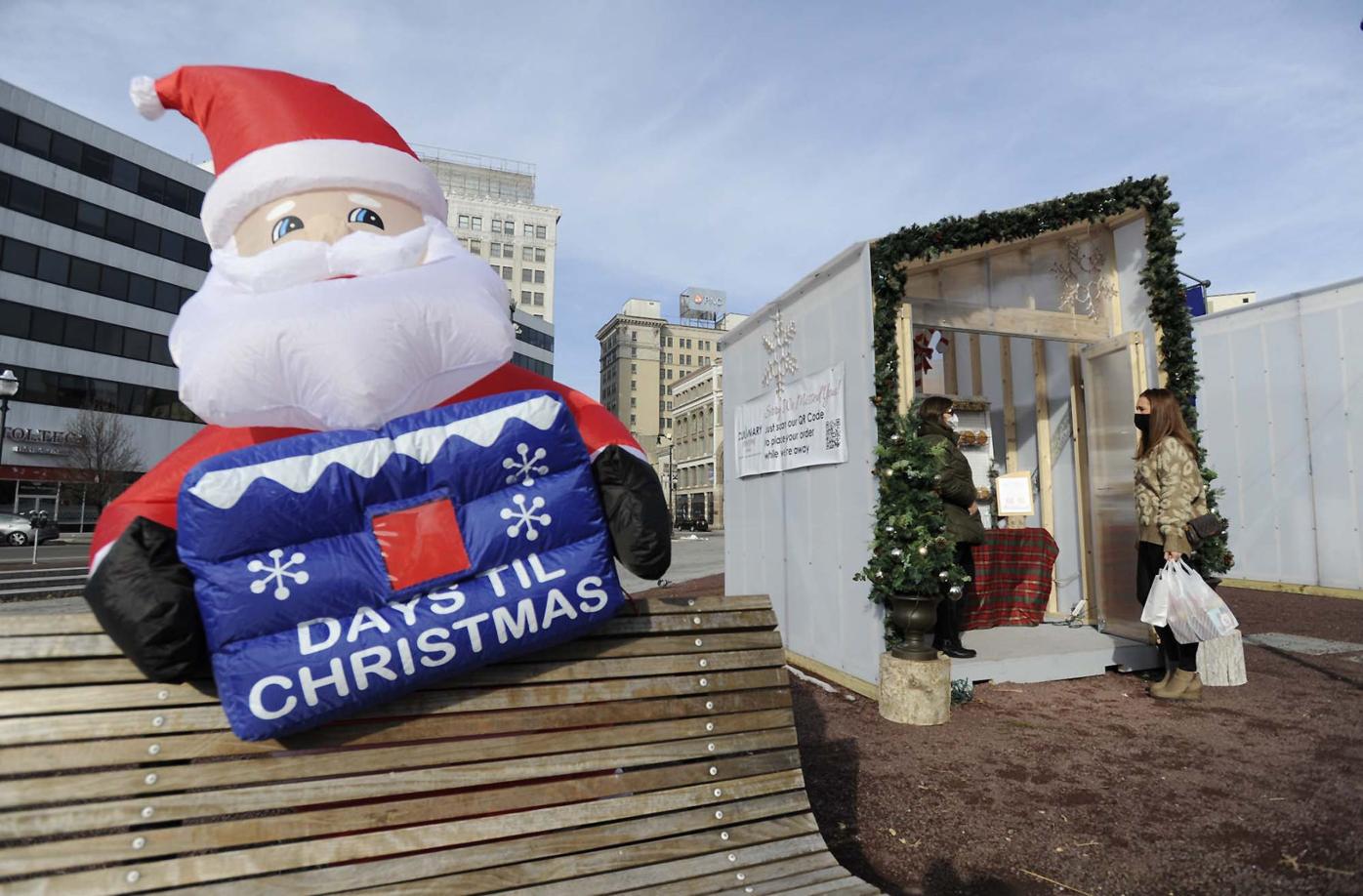 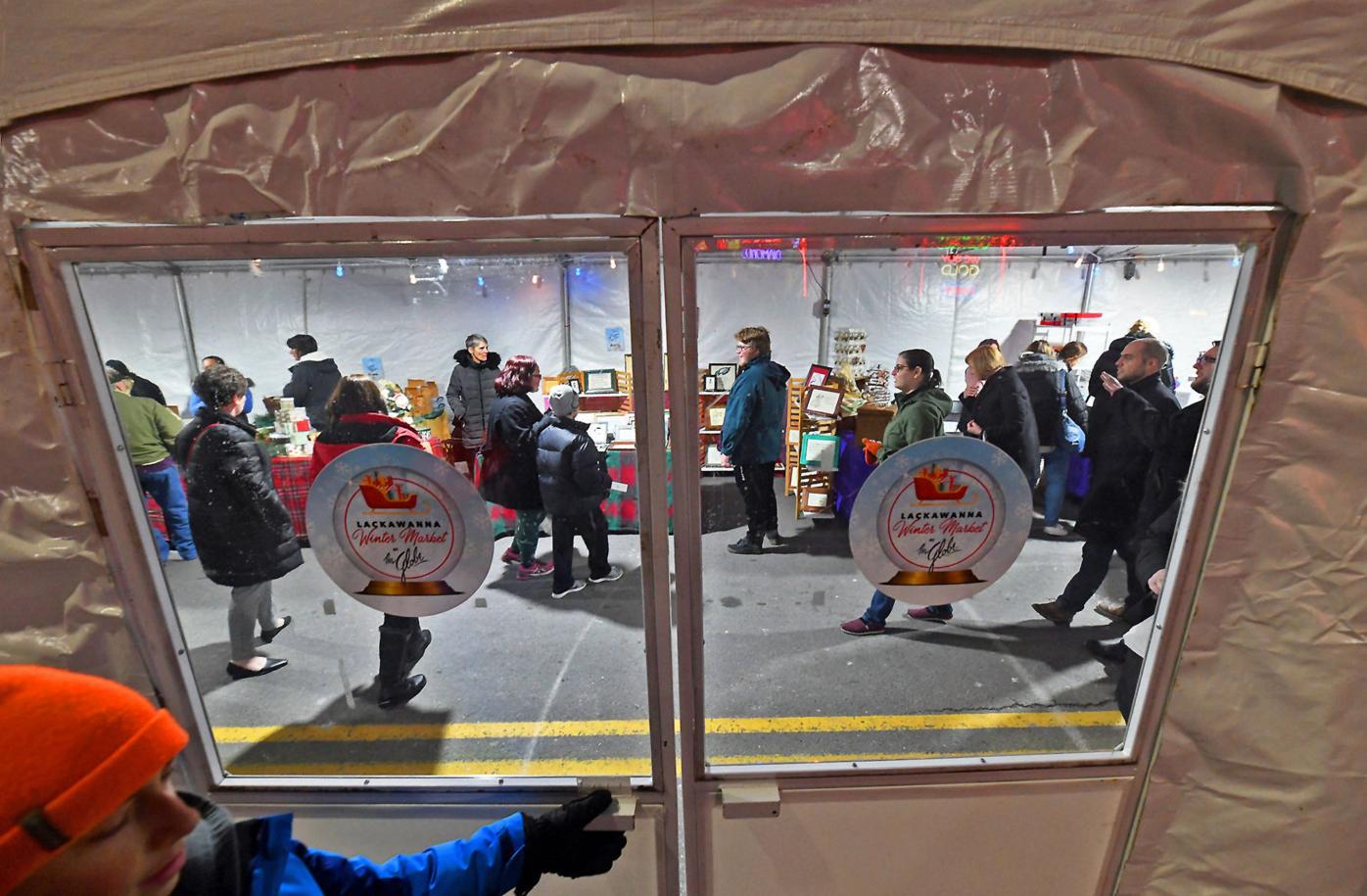 The indoor tents were packed with holiday shoppers during the Lackawanna Winter Market At The Globe on Wyoming Avenue in downtown Scranton.

The indoor tents were packed with holiday shoppers during the Lackawanna Winter Market At The Globe on Wyoming Avenue in downtown Scranton.

More than 40 percent of holiday shoppers said last year they started shopping earlier than they normally did, according to a survey released by the National Retail Federation.

As of early November, 59 percent of holiday shoppers said they had started making purchases, a 21 percent increase from a decade earlier.

With uncertainty over the COVID-19 delta variant, holiday shoppers might again hit the stores early.

Northeast Pennsylvania retailers will be ready, if early preparations are any indication.

Promoters have been planning promotions and special events to draw more holiday shoppers to downtown Scranton and Wilkes-Barre and other retail outlets throughout the region.

Maureen McGuigan, deputy director of Lackawanna County’s Arts and Culture Department, said plans are underway for an outdoor Lackawanna Winter Market Dec. 3-5 with 50 vendors, including arts, food and snacks, on the North Washington Avenue side of Courthouse Square. The Festival of Trees will be outside, as well.

In Wilkes-Barre, planning is underway for the annual holiday market in the downtown.

“This is such an important year for supporting our local businesses and restaurants,” McGuigan said.

Dec. 3 also is First Friday in Scranton, further incentive for people to head downtown to hear music and check out artwork hanging inside businesses.

“The county for a number of years has had a winter market,” McGuigan said. “We did start an online market for creative artists and entrepreneurs that we are going to push during the holiday.”

The “Eat, Drink and Be Merry Trail” also in the works will promote a map of bars and restaurants throughout Lackawanna County. McGuigan said organizers are working out details of a contest for patrons to win gift cards as a way to promote the businesses. Patrons taking pictures at their favorite restaurant or bar and sharing them on social media may be part of that contest.

“This is a new model,” she said. “Smaller tents versus larger tents, the trail and moving the Festival of Trees downtown are all new.”

Local organizations decorate the Christmas trees that people can sponsor.

“We’ll provide a tree,” McGuigan said. “This is the first year we’re going to use live trees.”

The Winter Market, started in 2010, has gone through other changes.

“It had been inside,” she said. “This model is more COVID-safe.”

The county also will pay artists to paint businesses’ windows for the holidays as part of the Scranton Tomorrow window-painting initiative, McGuigan said.

The county is partnering with the Greater Scranton Chamber of Commerce on the Christmas tree display.

“We view this winter market as one big shopping experience,” McGuigan said. “We’re working with the chamber on the holiday showcase.”

McGuigan said she started planning for the holiday events around February or March.

“It goes by so fast,” she said. “It’s important this year. That’s why I started planning early.”

She added that if there still is a COVID threat, online options are available.

“As is typical, we expect that everything will kick off with the City of Wilkes-Barre’s Christmas Parade and Public Square tree lighting in mid-November, and the holiday market — which will be held in Midtown Village — will begin on Small Business Saturday (Nov. 27),” Newman said. “Additionally, our partner, the Downtown Wilkes-Barre Business Association, is hoping to undertake its holiday window-painting project once again.”

Those were the plans as of late August.

“Obviously, given the evolving circumstances surrounding the Delta variant, all of these plans are subject to change,” Newman said.