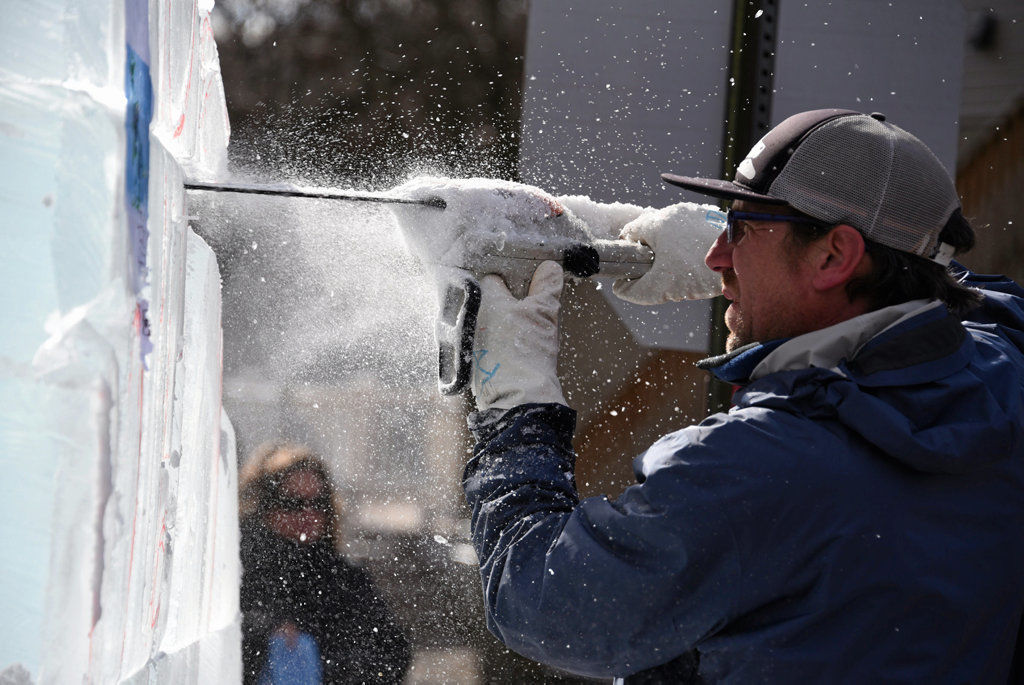 Elizabeth Baumeister / Times-Shamrock file photo Ice chips fly as carver Johnny Hanson works on the details of a sculpture during the 15th Anniversary Clarks Summit Festival of Ice in 2019. 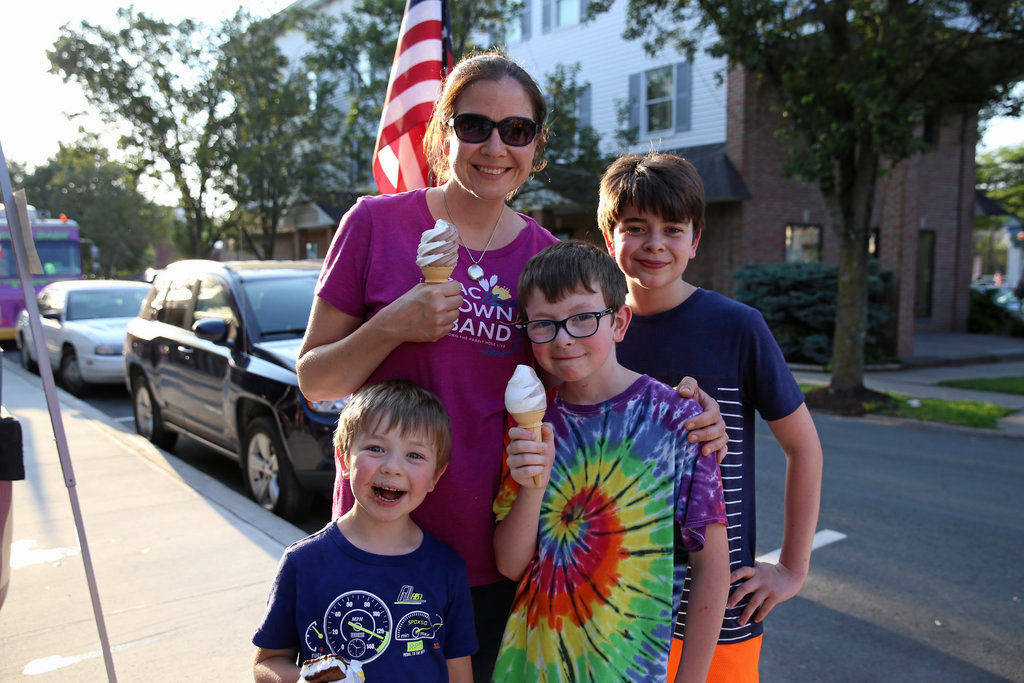 Clarks Summit's annual Festival of Ice draws an average of about to 35,000 people over the course of the weekend each February.

Other seasonal highlights in the borough include a fall fun event, and Santa rolls into town on a firetruck.

This hub of the Abingtons hosts many of the businesses in the area, though just down the road in South Abington Township, commerce is thriving.

Clarks Summit, about seven miles away from Scranton, is surrounded by South Abington Township to the west, south and east and Clarks Green and Waverly to the north.

It's something more than festivals that sets the Abingtons apart from other downtowns and shopping centers and draws tourists and shoppers.

"It has a different feeling coming to downtown Clarks Summit," said Neil Persad, owner of Everything Natural on South State Street. "The people are friendly, it's more community-oriented. Also, the selection of stores."

Everything Natural is among the specialty stores established in the downtown alongside the restaurants, banks, insurance companies and other businesses.

"Business has its ups and downs," Persad said, adding, though it is busiest for the ice festival and in the summer.

"We never have a problem filling storefronts," Farrell said. "It's very walkable, there are shops and restaurants, small businesses. It's just quaint. Obviously, it's very safe, very well lit at night." Farrell, whose business includes the main office in Clarks Summit and branches in Kingston, Gouldsboro and Mountainhome, added that his Clarks Summit employees love the various options they have for lunch and they can walk to different events.

"Whenever we have a closing for a house, they want to have it here so they can go to lunch or celebrate with a cocktail," he said.

He said people live in upper floor apartments downtown or live close by and like the convenience of walking to downtown venues.

The Abingtons area is a popular place to live, primarily because of the Abington Heights School District.

"The average (real estate) price in the Abingtons is almost $100,000 more than in the rest of the county," Farrell said. "The school district drives it. It's the number-one school district in northeast Pennsylvania. A lot of people relocating from out of the area request the Abington Heights School District."

Meanwhile, down the road in South Abington Township, new development is on the way.

"There's a lot going on there," Farrell said. "They are in the process of demolishing an old hotel and they're going to build a large shopping center at Nichols Village."

Clarks Green, on the north side of Clarks Summit, is home to a few businesses, and Waverly farther up the road, is primarily residential.

"And the local businesses, as opposed to shopping at a chain store," she said.

She also agreed that in any kind of discussion about the area, the school district is part of it.

Ancherani, who oversees the ice festival, said this year is the 16th. Set for Feb. 14-16, it features completed ice sculptures and some sculpted on site.

It's always tricky working around the weather, but she plans the event as if the weather will be ideal.

"I've dealt with every kind of weather imaginable," said Ancherani. "I've been doing it since 2008. You're at the mercy of the weather."