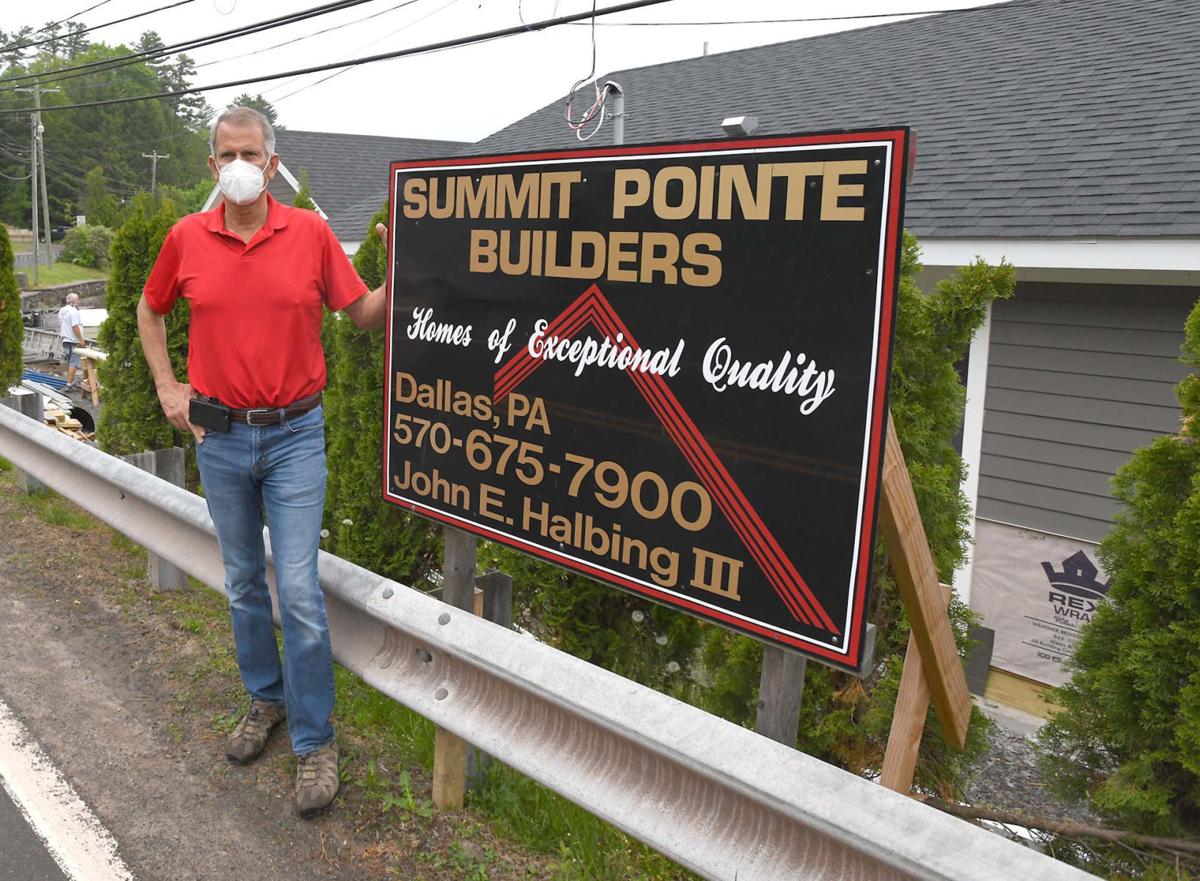 John Halbing, owner of Summit Pointe Builders, stands next to his sign at a Harveys Lake job site. 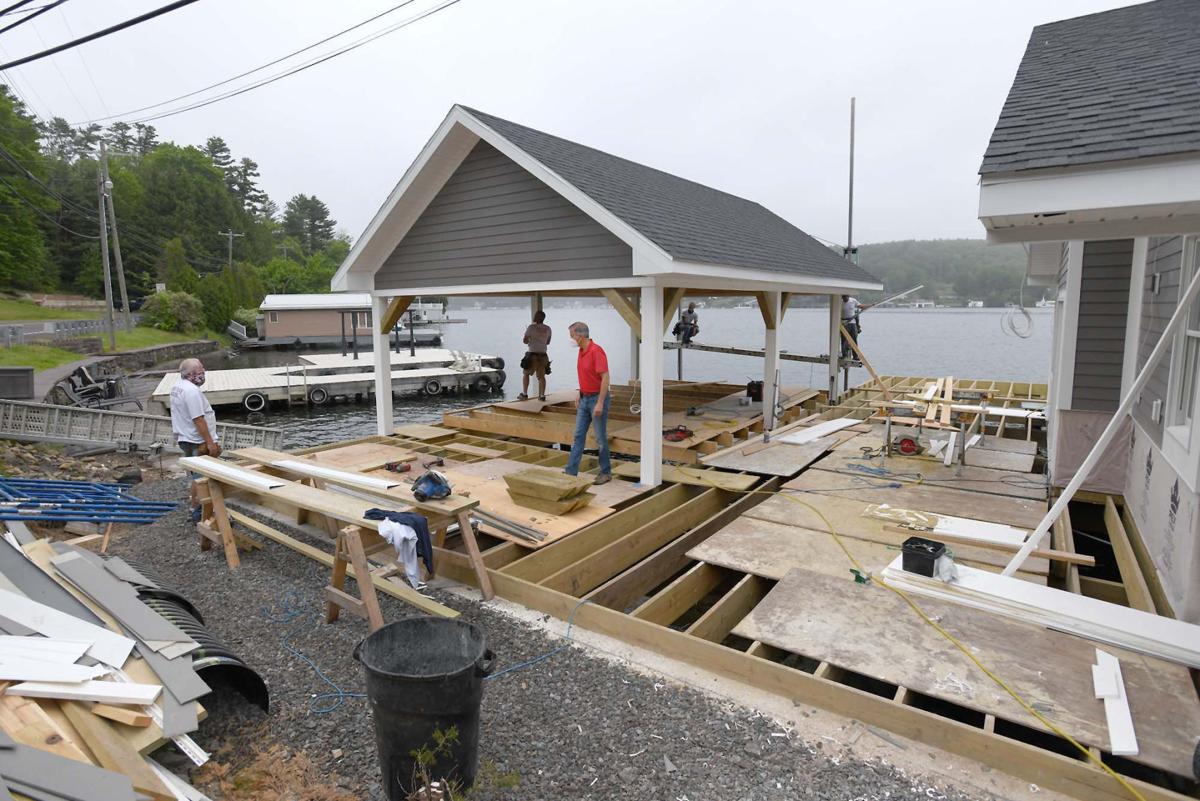 A crew from Summit Pointe Builders works on a lake house at Harveys Lake recently.

John Halbing, owner of Summit Pointe Builders, stands next to his sign at a Harveys Lake job site.

A crew from Summit Pointe Builders works on a lake house at Harveys Lake recently.

For John Halbing, the president of Summit Pointe Builders, May 1 couldn’t have come soon enough.

That was the day the state mandated construction shutdown, in place since March 19, was lifted.

When it began, his home construction business was flourishing with projects in the Back Mountain of Luzerne County. It was forced to stop due to the order from Gov. Tom Wolf, which paused construction due to the coronavirus pandemic. Only those who received an exemption or construction that was support life-saving operations could continue.

“I really never stopped working in my office because we still had to make preparations for once things resume.” Halbing said. “We were able to jump right in once things returned.”

The Wolf Administration set guidelines in place for construction when it resumed, including masks must be worn by all of those on the job site, hand washing stations and hand sanitizer. Guidelines also called for protocols should someone test positive for COVID-19. Large construction sites must also have a ‘pandemic safety officer. Residential construction projects may have no more than four people at a time.

“It’s a bit of a challenge, but we are working through it,” Halbing said. “It’s going to take us longer to complete certain tasks, but we get that. If there’s two guys working in a kitchen and the electricians are needed, then you can’t have the plumbers inside too. In the past, everyone would be allowed inside, but not now.”

Halbing said supply houses are not functioning at full capacity, which has meant shortages on some things. He said once the current supply of building materials are depleted, there will be a strain.

Jennifer Davis, director of design and development for Sordoni Construction Services, Inc., said the return to business has been a mix of ‘ups and downs.’

“Our projects are all starting back up and we do have safety precautions in place,” Davis said. About 60-percent of their projects were put on hold due to the shutdown.

Sordoni crews were in the middle constructing the $40 million Henry Science Center at Misericordia University in Dallas Twp. The project was shut down in mid-March and crews returned May 1 after Wolf relaxed restrictions. Workers returned operating under state-imposed safety protocols.

“With so much uncertainty in the future, I think projects that are not urgent are going to be put off,” she said. “I think things like e-commerce will see an uptick. We may not see a full recovery for at least one year and we also don’t know if this is going to be a series of spikes or series of waves. All indications at this point is that it will be a series of waves.”

Ken Powell, owner of Powell Developments in Archbald, said he is also running into problems with materials.

“The supplies of pressure treated lumber are very slim,” Powell said. “And the prices are going up. Why? I have no idea, but I think a lot of it hinges from everyone being home and doing home projects. When you take The Home Depot and Lowe’s into account, they are having record-breaking sales because of the amount of home projects. That’s likely it.”

Powell said things are far from normal. In past years, he’s built between 30-50 units per year.

“That’s not going to happen this year,” he said. “I think things are going to pick up soon and that’s only because home interest rates are so low right now. That will tell the story because there are a lot of people who have not been affected by this. They likely have more money because they haven’t been going out and spending money.”

Halbing said the struggle now is the ripple effect.

“Unemployment will soon become lower and people will get back work,” he said. “For every day or two days people or not work, I feel that will add months to our recovery.”

Halbing cited a roughly $300,000 project that was about to start before the shutdown.

“That customer called and said, ‘Woah, woah woah, I’ve got to shut my office down and I have to meet payroll at $50,000 and I have to put that job on hold,’” he said. The job is now back, but at a reduced cost. “A lot of us are going to see more of that kind of thing happening as people in the coming months ascertain how much of a financial hit they took.”