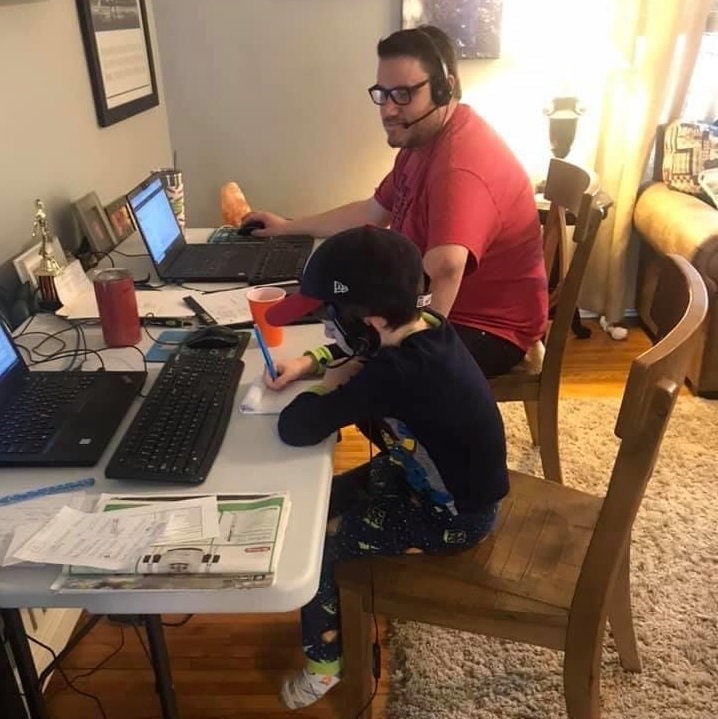 Matt Burroughs, a Success Partner Representative II in the Benco Dental Contact Center, is shown with his son, Patrick, on “Bring Your Child to Work Day” as they both work from home. 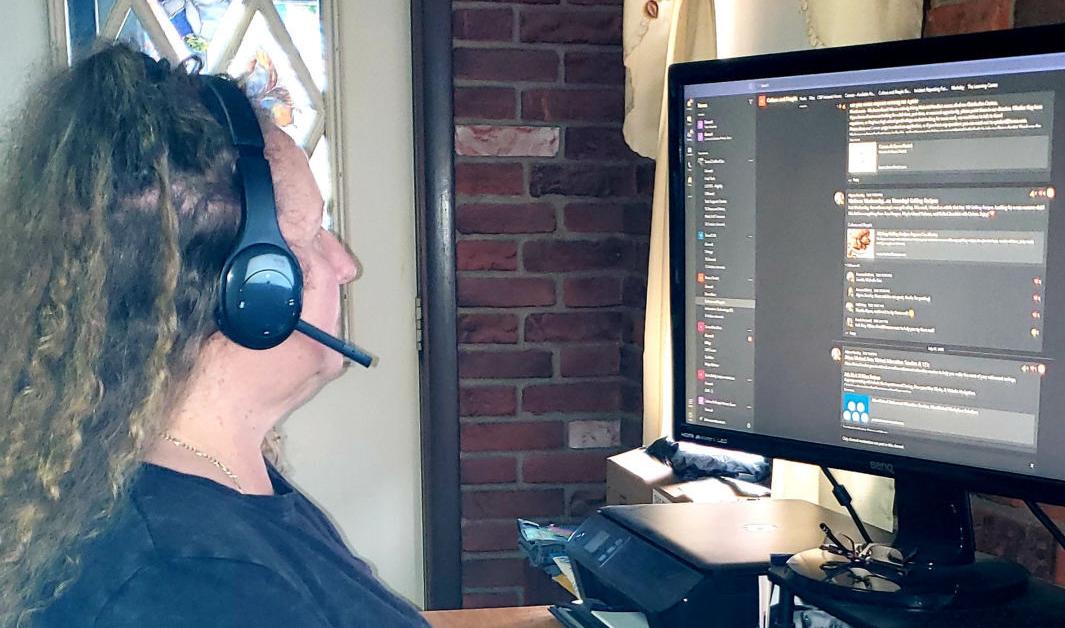 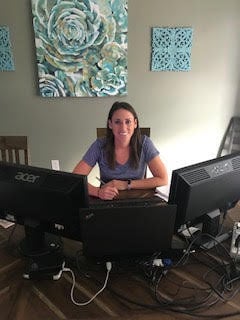 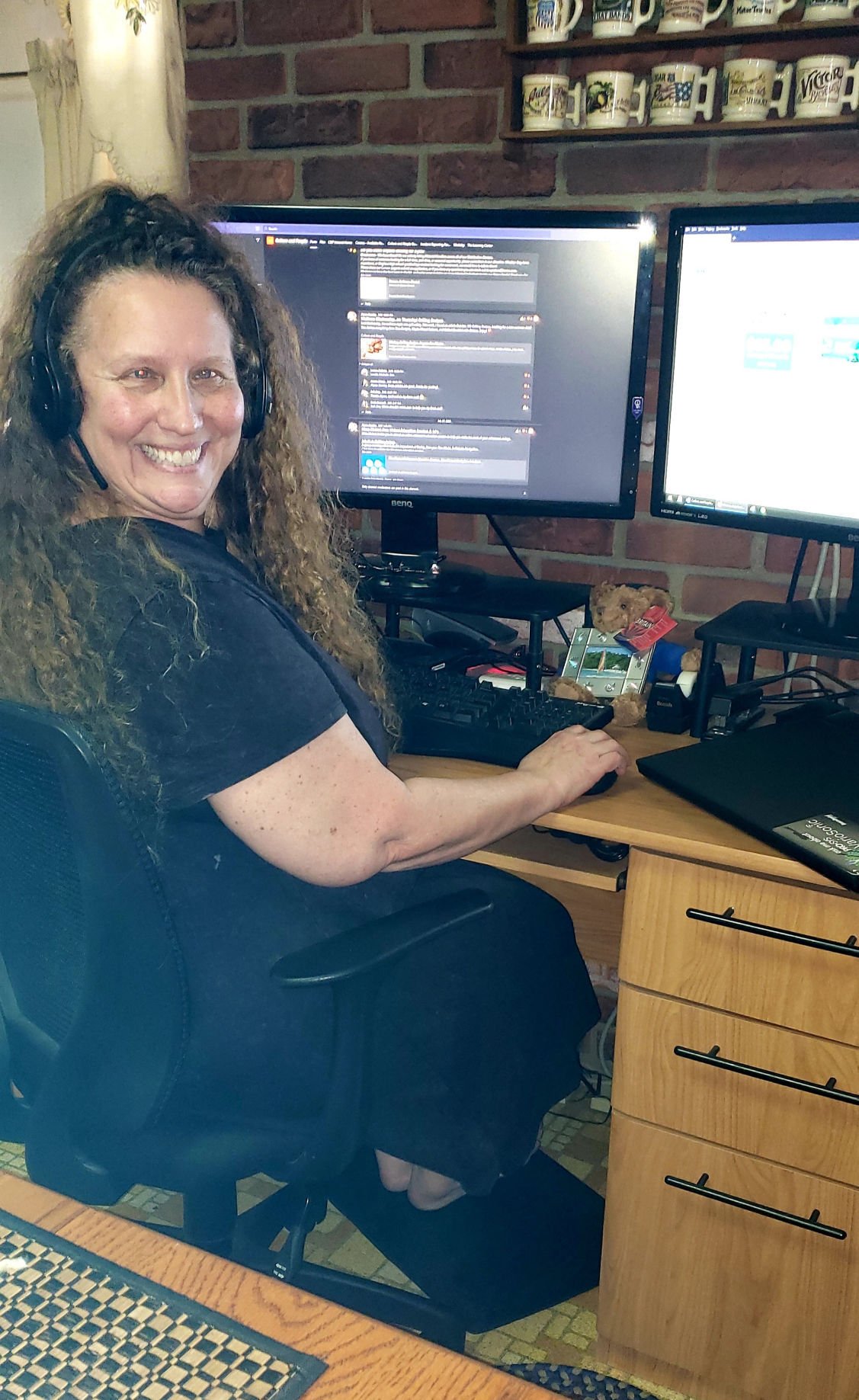 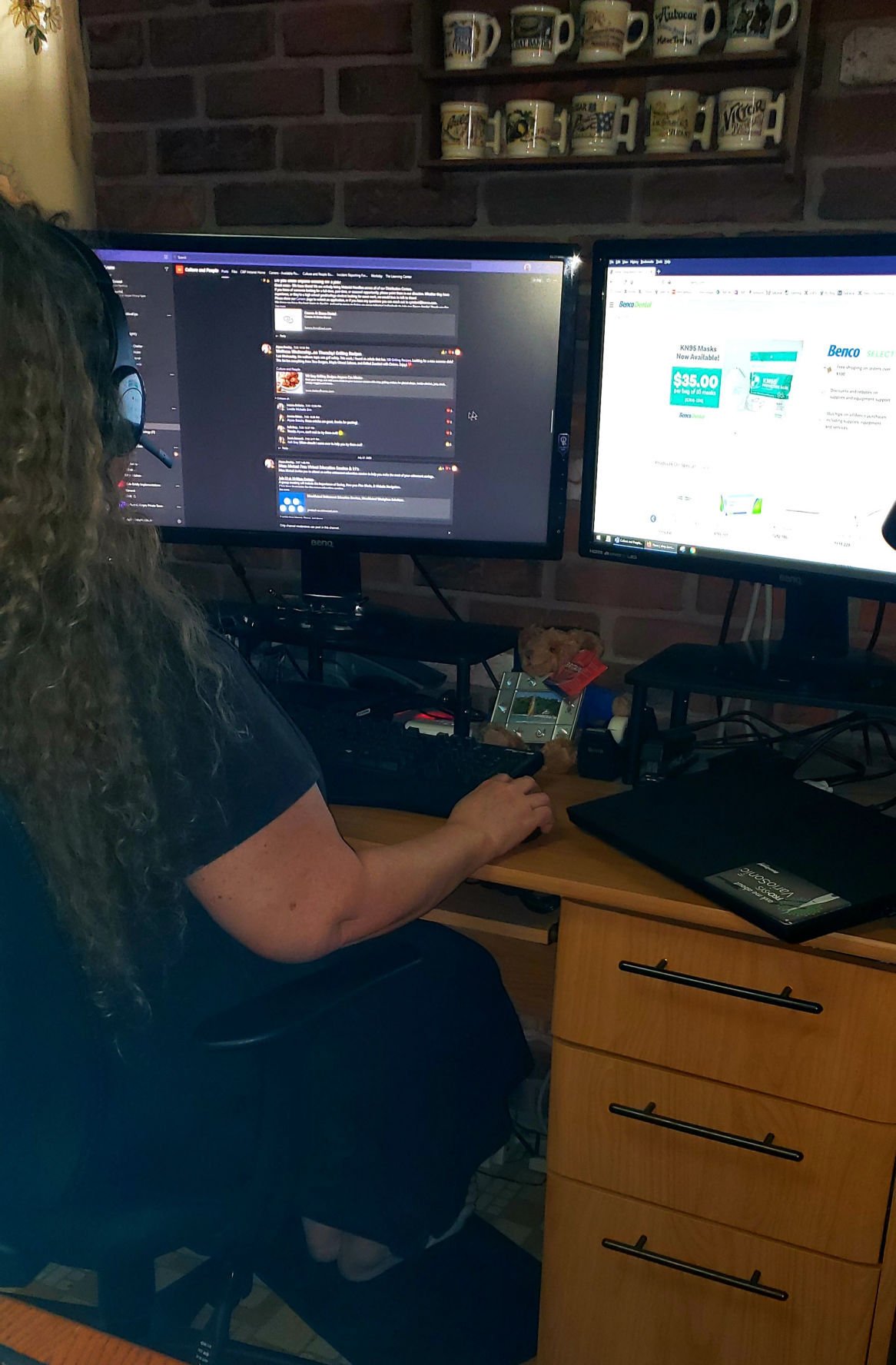 Matt Burroughs, a Success Partner Representative II in the Benco Dental Contact Center, is shown with his son, Patrick, on “Bring Your Child to Work Day” as they both work from home.

Companies in recovery mode from the COVID-19 pandemic were in desperate need of workers in late August. They faced difficulties in filling positions, even with a high unemployment rate.

With staffing challenges, from school students taking classes online at home, to fears of going back into a public workplace and getting infected with the virus, businesses are looking at a variety of solutions to maintain production.

“Our clients need people desperately,” said Kelly Gauntlett, director of staffing for OneSource Staffing, based in Wilkes-Barre. “The demand is there.”

OneSource works in 12 markets from Central Pennsylvania into New York State. Gauntlett said each market is a little bit different. The Hazleton market was especially challenging because the area was hit so hard by COVID-19.

She said company managers are facing other challenges. While the demand is there for employees, the extra $600 per week given to people laid off from their jobs due to the pandemic did not helped companies.

“It’s a disincentive to work,” Gauntlett said. “Giving people extra money to stay home is a disincentive. It wasn’t intended to create this problem.”

She said the flow of prospective employees increased slightly once that extra payment ceased at the end of July. That was before the state approved an additional $300 payment for the unemployed.

“The big challenge right now is that we are getting fewer applicants for jobs than in the past,” said George Rable, chief culture and people officer at Benco Dental in Pittston Township.

“I think some people are hesitant to accept a new position or leave a current position due to the uncertainty of COVID. The good news for Benco is that while we had a very difficult time during April and May, we have come back very strong and are seeking to add new talent to join our growing team. We just increased our referral bonus to $500 to further incent our associates to refer great people.”

Gauntlett said OneSource is working with companies to see how shifts could be adjusted.

“With schools uncertain about going back, we’re trying to re-engineer,” Gauntlett said.

She said the agency, for example, is working with clients to allow part-time work by workers whose children may be attending school in person just two or three days a week. Those workers could possibly work part-time on days their kids are in school.

Some workers in certain jobs, such as office work, could possibly work from home.

“It depends on what the job is,” Gauntlett said. “If it’s an assembly line job, it won’t work.”

She said there may be some prospective employees who may concerned about getting infected, or they did not apply because they were getting the extra unemployment money.

“They’re just not applying at all,” she said. “It could be a little of both. If they’re concerned, they’re not even applying.”

Many OneSource clients are light industrial companies, so the agency has been trying fill manufacturing and clerical positions. Those employees must work on-site, unlike professionals such as accountants, engineers and administrators.

Businesses will continue to see a mix of different work situations as the economy tries to recover from the pandemic, Gauntlett and other experts said.

“I think you’ll find many different flavors,” said Mike Williams, owner of TeamLogic IT’s Scranton franchise. “Some are uncomfortable coming back to the office. They don’t want to leave their child (who is attending school online). But also, your home office is your child’s classroom. You’re sharing resources. It’s very possible your neighbor’s using up bandwidth.”

TeamLogic IT manages information technology services for other companies, which means Williams’ employees were busy troughout the pandemic.

It was different story for other businesses that Gov. Tom Wolf deemed non-essential and ordered closed. Williams said health care facilities postponed elective surgeries, and that affected nursing staff, who were moved to other positions. Some health care workers received paid time off.

Brion Lieberman, Geisinger’s vice president of human resources, said that while Geisinger did not have to lay off any employees, “We did have periods of time, mainly in the months of April and May, when we had more people without work than work available.”

In April, some employees were granted a paid absence if they were available for reassignment but no new assignments were available. That was done for four weeks, but Lieberman said that was not sustainable. In May, if workers had no reassignments, they took off whatever paid time off they had. If they did not have enough, they could borrow time.

“It felt like, in those early days in mid-March, staffing had new demands, new roles that didn’t exist before,” Liberman said, citing the screeners who took the temperatures of people going in and out of the hospital. “At the same time, we had people freed up because we didn’t have as many surgeries.”

He said Geisinger also planned for a surge of patients admitted for COVID and other diseases.

Geisinger also reoriented and trained some clinicians in skills they hadn’t used in the recent past and nurses were moved from outpatient to inpatient areas from mid-March to late April.

To help essential employees with child care, Geisinger worked with a kids day camp for a 90-day period.

Lieberman said that put Geisinger in the unique position to keep most employees working, unlike businesses such as restaurants, that had to close and then work at limited capacity when they reopened.

Restaurants were closed then reopened at 50 percent and then at 25 percent capacity. The reduction in business is forcing more eateries to close, Williams noted. At the very least, restaurant owners have had to lay off much of their staff.

Rable said Benco is very aware that balancing a return to work and school is difficult for working parents.

“Partially out of the concern for associates who have children in school, we have pushed back a possible return to our home office until at least October, and that date may be extended as well,” he said. “When we do begin a return, we’ll start out on a voluntary basis. We will have safety protocols in place, and we’ll ask associates working in the office to provide feedback on the work environment. Even with a ‘full’ opening, this will likely involve only up to 50 percent of associates in the building at any given time. With our distribution center associates in the building full-time, limiting others in the facility helps to keep them safe. We want to be productive and efficient, but be mindful that safety comes first.”

He said the dental product and equipment distributor is working with some area organizations to assist associates with child care challenges.

“Schedule flexibility will be another solution and key to associate engagement and retention,” Rable said.

He said the company had some layoffs due to COVID, though the vast majority of its associates were furloughed or had reduced pay or hours.

“This mostly impacted our sales team in the Western states, as Benco did not have as strong a presence there as we do in the Northeast and South,” Rable said. “We’re very pleased that this business has come back nicely.”