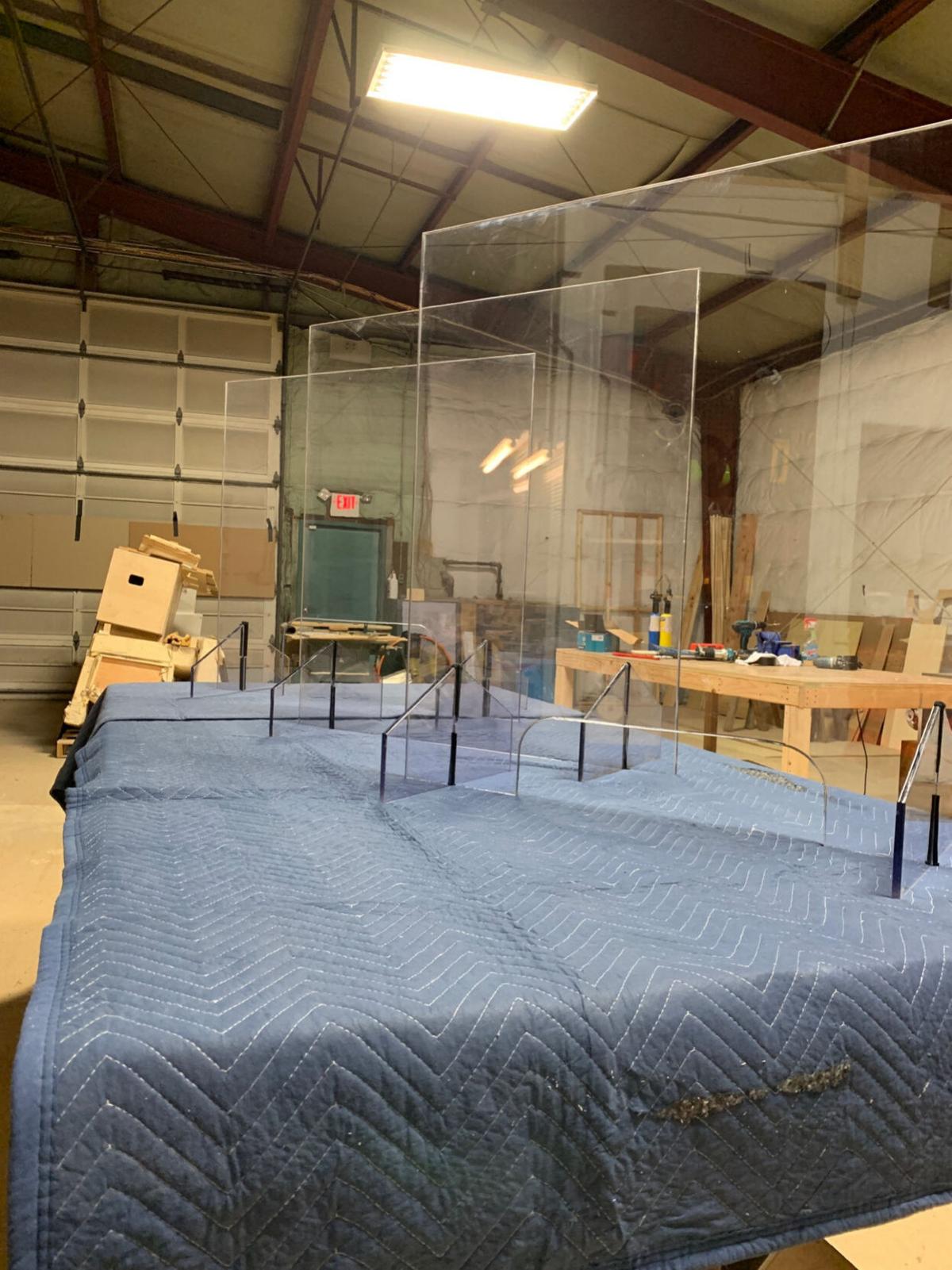 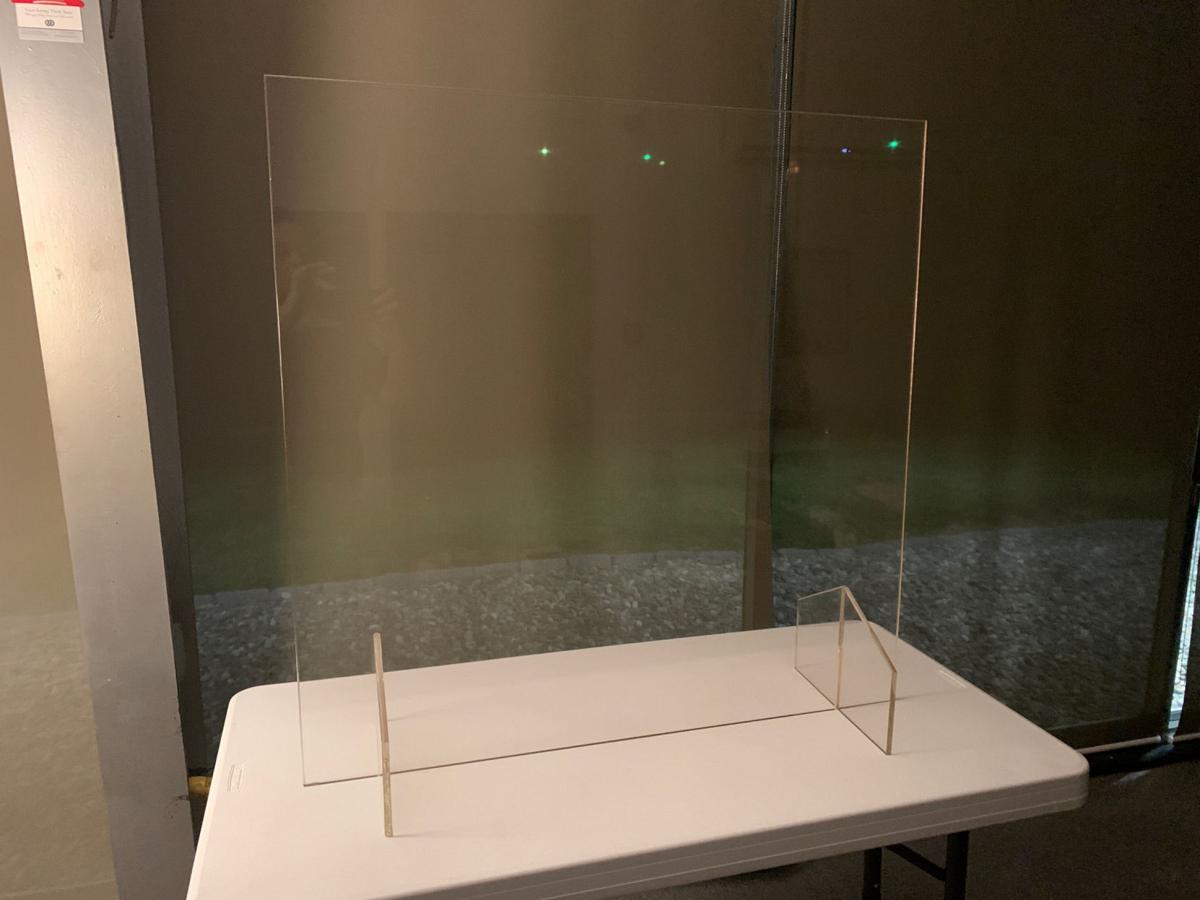 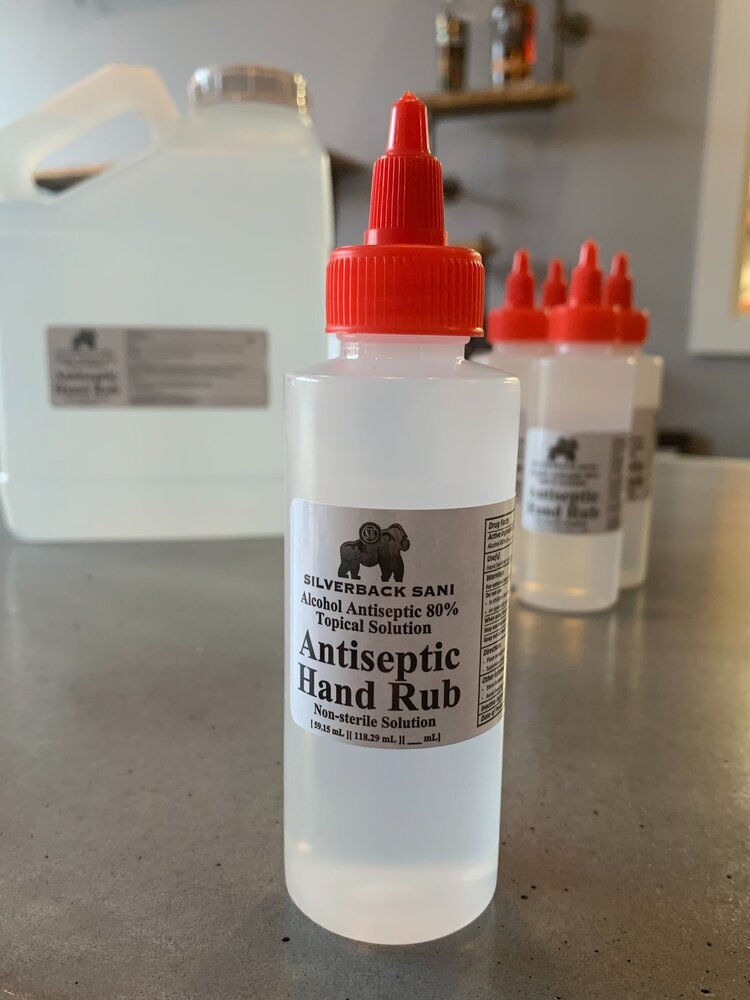 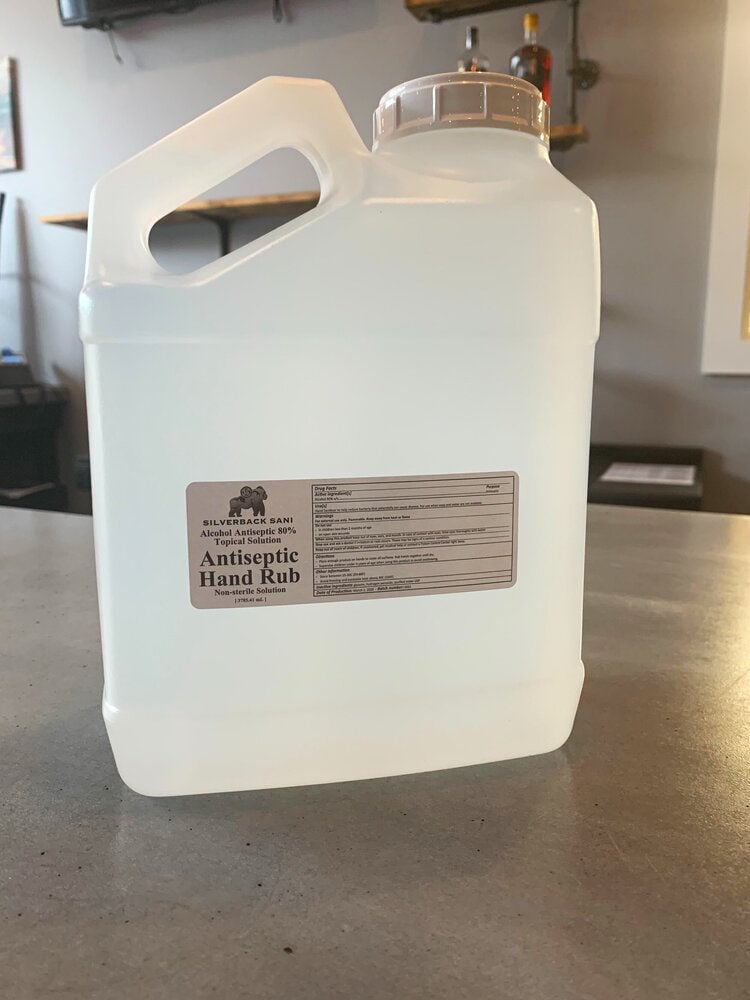 He’s built custom props for ‘Diana: The Musical,’ ‘King Lear,’ ‘To Kill a Mockingbird’ and ‘Who’s Afraid of Virginia Woolf.’

But with the coronavirus pandemic putting the brakes on just about everything, his small Hanover Township based company is now producing plexiglass cough and sneeze guards for restaurants.

“We use a lot of plexiglass in the shows that we build,” said Knoll. “I have a pile of it here in my shop and on a small scale, I began cutting up what I have for the orders I’ve been getting.

Re-inventing and re-imagining his business is something he never thought would happen.

“I’m trying to,” said Knoll, who added that he’s also designing work-at-home furniture that is half-inch plywood and doesn’t require hardware for assembly. “We use a lot of that in what we do, so we think it will work.”

Hand sanitizer is something is still tough to come by on some store shelves with limits on how much you can purchase, but a Monroe County distillery found a way to make money on hand sanitizers and it’s now dominating their profits.

“It’s a fairly simple process,” said Danny McNew, assistant operations manager at the Silverback Distillery in East Stroudsburg. “We take the ethanol that’s made in our plant in Virginia and then we add hydrogen peroxide and a vegetable-based glycerol for a moisturizing effect,” which he said is an average recipe that every distillery in country uses so as to meet industry health standards.

He said initially the distillery gave it away to first responders when it was in very short supply initially, but then they began selling the products for curbside pickup.

McNew said when the COVID-19 pandemic began, he expected to be shutdown. Their normal products are bourbon, honey rye whiskey and vodka.

“We thought we’d be out of work,” he said, “but we definitely hit a silver lining in this whole situation.”

He said it quickly went from being 20-percent of their revenue to become 60-percent.

“The revenues shot up almost overnight,” he said.

And while many businesses are struggling, some see this as an opportunity. ‘Entrepreneurs of necessity,’ are creating businesses during this pandemic to become self-sufficient so as to not rely on unemployment or someone else for a paycheck.

“I clearly have seen an increase in base-level retail and service businesses that people are starting as an alternative,” said Tom Sharbaugh, director of the Entrepreneur Assistance Clinic at Penn State University’s Main Campus, which tracks business startups across the state. “There are a lot of people who particularly in the old rustbelt towns where the employment prospects are so bad that they decide to open up a pizzeria, hair salon or a cleaning business. We see a lot of that.”

Sharbaugh said in many cases, these types of jobs such as home construction, food service and child-care have a ‘low barrier of entry.’ He said his office sees a lot of business startups in the more rural parts of the state.

“Another thing we are seeing is people starting an in-home service for the elderly,” he said. “As more people stay in their home, people need help.”

In early March, Sharbaugh said he was alerted by the head of the Pennsylvania Small Business Development Centers that he would begin seeing an uptick in the numbers of people becoming entrepreneurs. He said the numbers of those seeing advice doubled in March.

“It’s an alternative to relying on an employer for a paycheck,” he said.