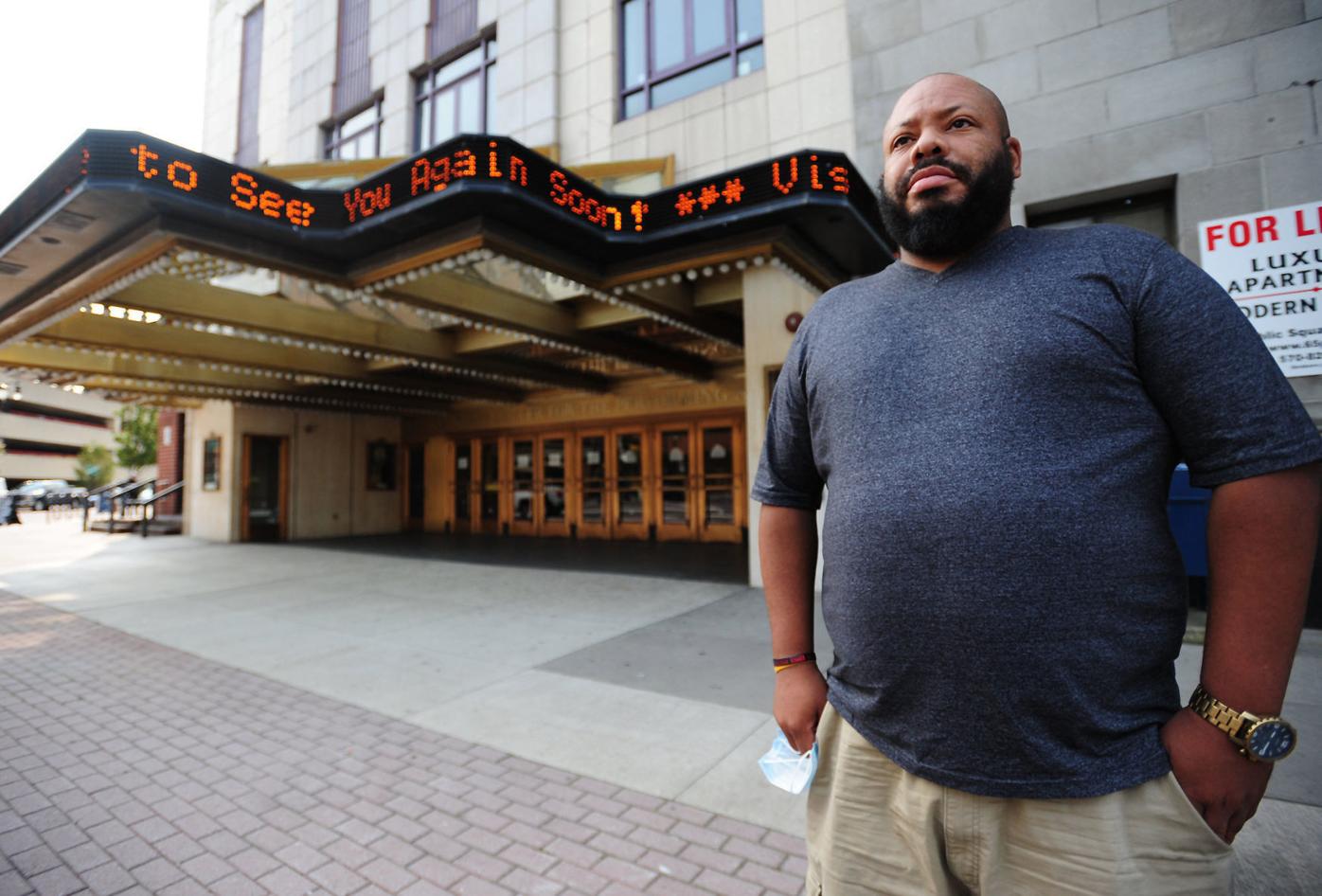 Black Scranton Project founder Glynis Johns takes a video as she dances to music at a Juneteenth Jubilee event at Nay Aug Park in Scranton on June 19, 2020.

Black Scranton Project founder Glynis Johns takes a video as she dances to music at a Juneteenth Jubilee event at Nay Aug Park in Scranton on June 19, 2020.

When he started his company, Dan Kimbrough never put his own portrait on his website.

He never totally hid his skin color, but he didn’t broadcast it either.

The photographer and media producer developed a colorless tone of voice, too, so when leads reached the phone call phase, clients seldom could make out his non-whiteness.

“It wasn’t until I showed up that a lot of them didn’t realize I was Black,” he said. “I was able to build a rapport without them seeing me, so by the time that I showed up, I was just Dan.”

For plenty of reasons, notably their total numbers compared to white people, a small share of entrepreneurs are anything but white.

National figures and local advocates say the reasons run deeper than their spot on a Census chart.

Black business owners often feel like they’re limited to serving only other Black people. The same is true for other minorities. They often feel shut out of opportunities in a tight-knit community where tribalism blocks them from landing deals and generating leads.

“I think that is a national problem that we’re facing,” said Glynis Johns, the founder of the Black Scranton Project. “I think it’s really exacerbated in the Scranton and NEPA area.”

Two years ago Johns started building a public directory for businesses with Black and minority owners on her website, blackscranton.org. The page has grown dramatically and gained some notoriety more recently as she’s sought out new people to opt in.

She admits that she’s not a business development expert, but she has nurtured myriad connections in local business communities since launching Black Scranton.

In 2017, the most recent year for which data is available, minority-owned businesses represented just 6% of the companies headquartered in Lackawanna, Luzerne, Monroe and Wayne counties, according to U.S. Census Bureau estimates provided by Steven Zaricki at the Northeastern Pennsylvania Alliance.

The NEPA Alliance listed “not being able to adapt to diversity” among the region’s weaknesses in the 2017-18 performance report for its Comprehensive Economic Development Strategy, or CEDS.

Inability to adapt is listed among other strengths, weaknesses, opportunities and threats collected from a survey of 440 people. Respondents also pegged poor communication between counties as well as a mismatch between skills in the workforce and available jobs among around 30 other weaknesses.

Kurt Bauman, the Alliance’s vice president of community and economic development services, points out that, while adapting to diversity might be a weakness, diversity as a regional trait is just the opposite.

Minority entrepreneurs actually opened new businesses against a current of closures. Between 2012 and 2017, the region lost 808 firms in all. Minority-owned firms grew by 58 during that time period.

But there’s more to the story. While their total number grew, other key metrics plummeted. For example:

Zaricki suggested that a lack of advertising, limited selection and poor location siting could all be to blame for the downward trend.

Johns and Kimbrough both describe fear among would-be entrepreneurs to step out and start businesses or grow an existing one. A part of that is access to capital and a hesitancy to borrow from traditional lenders.

Kimbrough said, for his part, he got by with accumulating photography and production equipment one piece at a time. Still, he admitted, he could have leaped into full-time business ownership sooner had he borrowed the money to kickstart things.

“I was always hesitant about going to banks,” he said. “My background is in the field, but I don’t have a background in business.”

A majority of U.S. small businesses — 44% of those with fewer than 500 employees — borrowed money from traditional banks in the last five years, according to the Federal Reserve’s 2020 Small Business Credit Survey.

Borrowing isn’t the only way to start or ramp up a fledgling business, but it’s certainly one of the most common. The fact that so few minority-owned businesses are getting their money from banks suggests they face significant barriers to traditional financial tools.

“I wouldn’t be surprised if people just don’t see it as a possibility,” Johns said.

Black business owners don’t want special treatment. They do, however, want an even playing field, and getting there will take some extra effort, Kimbrough said.

He gets frustrated at networking events, an essential place for entrepreneurs to meet potential clients and contractors. He’s often the only person of color in the room where deals are made among the same insular crowd.

“Our networking scene is broken, but that’s the scene where so much business takes place, and you have to be a part of it. It’s terrible,” he said. “NEPA needs to, in a concerted effort, bring these minority owned businesses into these white-washed rooms.”