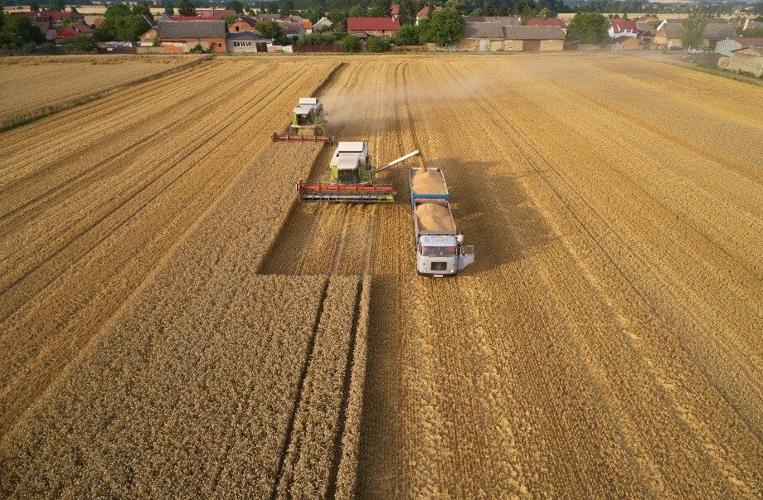 As the winter wheat harvest remained mired in uncertainty in Ukraine, international demand and prices soared. Wheat acres in Pennsylvania have increased, but it’s not entirely due to the war. 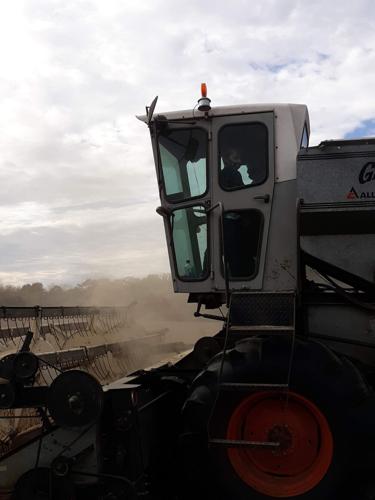 As Pennsylvania farmers prepare to plant winter wheat in mid-September, financial factors will dictate how many acres they plant. Wheat prices have been strong and input costs to plant the crop are lower than corn and soybeans — issues that may lead some farmers to increase wheat acreage this year.

As the winter wheat harvest remained mired in uncertainty in Ukraine, international demand and prices soared. Wheat acres in Pennsylvania have increased, but it’s not entirely due to the war.

As Pennsylvania farmers prepare to plant winter wheat in mid-September, financial factors will dictate how many acres they plant. Wheat prices have been strong and input costs to plant the crop are lower than corn and soybeans — issues that may lead some farmers to increase wheat acreage this year.

The war in Ukraine has placed an added emphasis on global agricultural supplies, particularly wheat, and producers in Pennsylvania have been monitoring the situation closely.

But as demand, and prices, have risen for a myriad of agricultural commodities — led by wheat — some farmers have been hesitant to react.

Since Russia invaded Ukraine in March, wheat prices in the U.S. have soared. In June 2021, the U.S. per bushel price for all varieties of wheat $6.23, according to USDA’s National Agricultural Statistics Service. In May of this year, the wheat price had risen to $10.90, and it tumbled slightly in June to $9.55.

Although Pennsylvania isn’t one of the top wheat-producing states in the country, the crop had been rising in popularity before the war in Ukraine began.

A recent NASS report estimated that Pennsylvania farmers planted 275,000 acres of winter wheat for 2022, up 2% from last year and marking the highest recorded planted acreage for wheat in the state since 1976. Winter wheat is planted in September of the prior year, so a true determination of how Pennsylvania wheat growers will respond to the global situation remains to be seen.

However, of the winter wheat planted for 2022, the NASS report estimates that 210,000 acres will be harvested for grain (other uses include cutting wheat for livestock feed and using it as a cover crop for corn and soybean plantings), an 8% increase from 2021.

Still, aside from strong global demand and high prices, there are domestic factors that could influence the decision-making of Pennsylvania farmers when it comes to winter wheat acres this year.

Abnormally dry conditions coupled with prolonged period of heat have resulted in corn and soybean crop failures throughout the state. According to Mark Rohrbach, a grain farmer in Catawissa, Columbia County, who is also a seed dealer for Pioneer, some farmers are terminating failed corn and soybean crops early and prepping the ground to plant winter wheat in September.

“We have some areas that had almost no rain, and it resulted in corn with no ears and soybeans aborting pods,” he said. “Right now, I’m seeing a strong interest in wheat seed.”

There are other factors at play that could result in an increase in winter wheat acres planted this year.

In Rohrbach’s area of Columbia County, a common rotation with some growers is to transition acres planted in green beans (for processing) right into winter wheat after harvest. The rotation from green beans to winter wheat has remained steady, he said, but the situation in Ukraine may very well motivate farmers to plant more wheat this year.

Ultimately, however, crop decisions come down to money, and the dollars are in wheat. While corn prices have remained strong with an average of nearly $7 per bushel in Pennsylvania (according to data from Ag Market News), profit margins have shrunk due to high input costs for fertilizer, herbicide and fuel.

As a result, Rohrbach said some farmers may be trimming back on corn acres for next year and switching to more winter wheat.

“There are some pretty strong profit margins with wheat and the input costs aren’t as high as corn,” he said.

The high input costs made corn a risky endeavor this year, and the dry summer and, in some areas, crop failures, have forced some farmers to think twice about the crop.

Luzerne County farmer Jon Lucas expects his corn yield to be reduced by 50% this summer due to the dry conditions. A crop failure was the worst scenario in light of high input costs, Lucas added, although on his operation it’s not easy to increase winter wheat acres.

“Wheat is not an expensive crop to raise and the price has been good,” Lucas said. “We would probably do more, but it’s too late to plant it.

“We put wheat in after oats and we also plant it in another 75 acres where we have short season corn. We can get those crops off early enough to plant winter wheat in September, but in the other regular season corn and soybean acres, it’s too late.”

Rohrbach said he isn’t’ increasing his winter wheat acreage either this year, preferring to stick to the crop rotations that have a proven track record on his operation.

He was surprised that estimated winter wheat acres planted and to be harvested in 2022 increased in Pennsylvania, but questioned how significant the figure really is.

“When you hear the number of wheat acres estimated for harvest this year increased by 8%, it sounds like a lot, but is it that dramatic? Wheat is a smaller acreage base in Pennsylvania, so it doesn’t take a lot of acres to show an increase,” Rohrbach said.

Lucas acknowledged that crop failures this year could drive an increase in wheat acres, but he wasn’t sure if the war in Ukraine and the global situation will have much of an impact in Pennsylvania.

“They say it’s the highest planted acreage for wheat since 1976, but that year the price might’ve been up as well and that drove it. A lot of guys do jump around based on price, but this year I think crop failure drives it even more,” Lucas said. “We try to stay consistent with what we plant because I think that’s best to average things out in the long-term.”