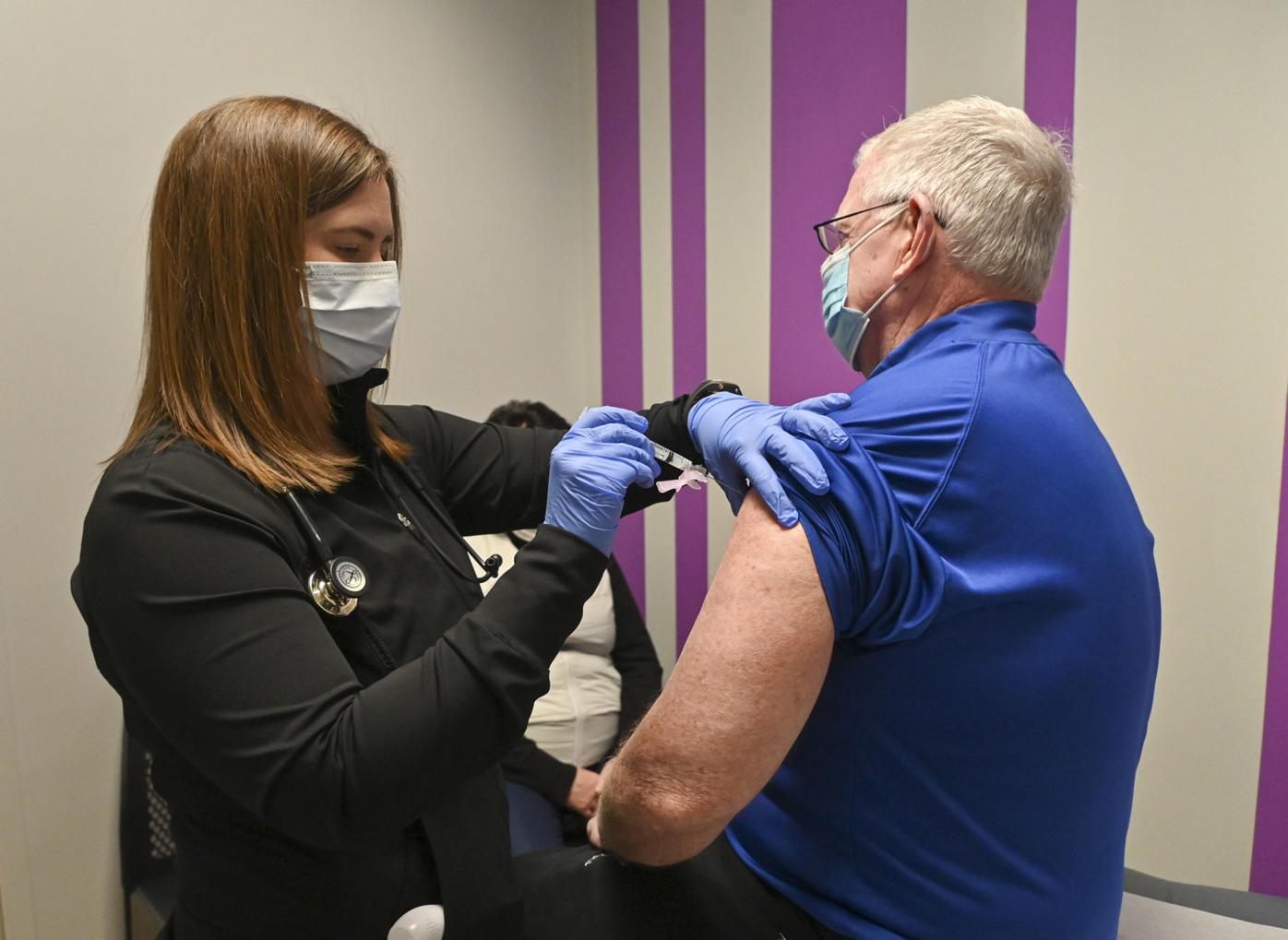 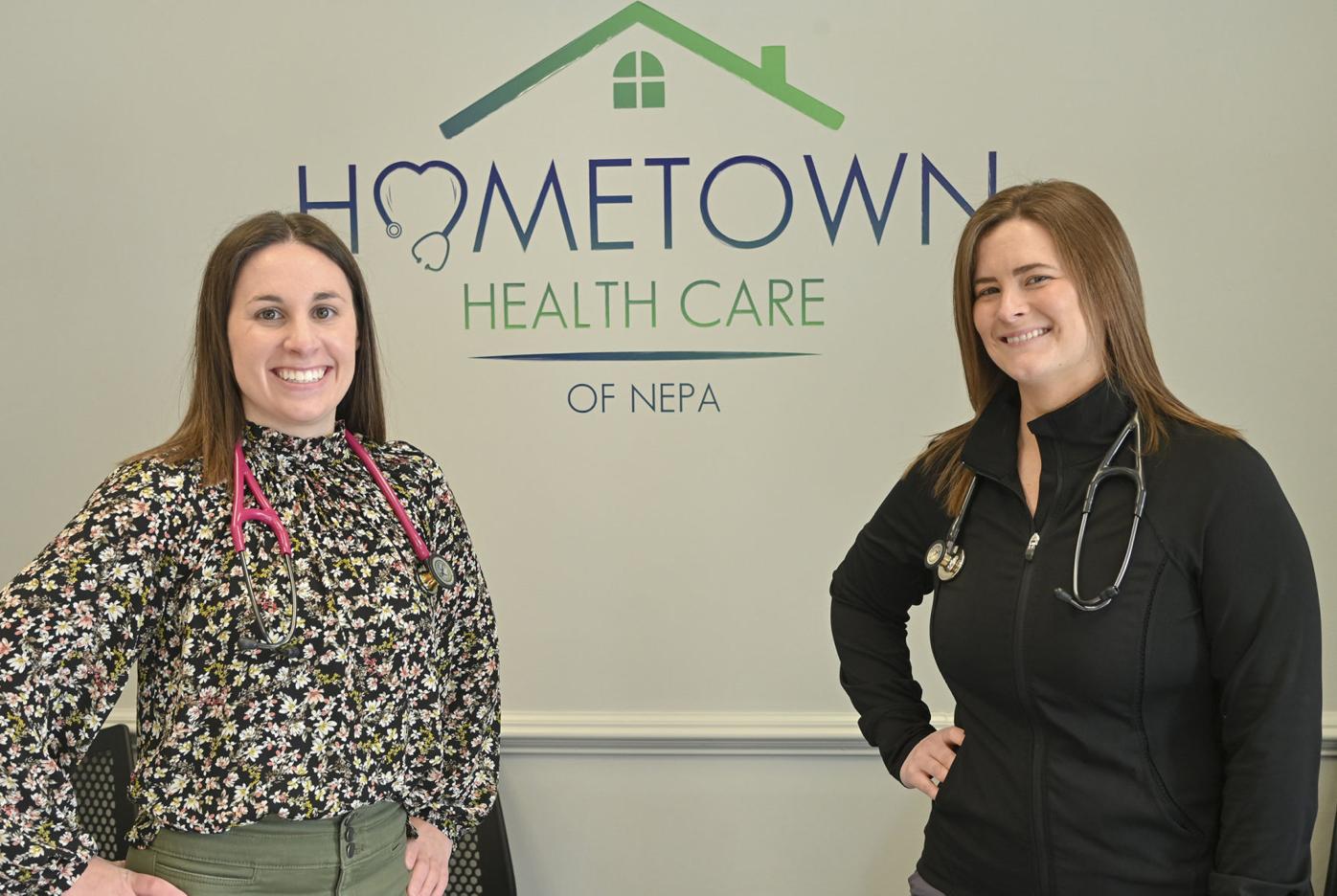 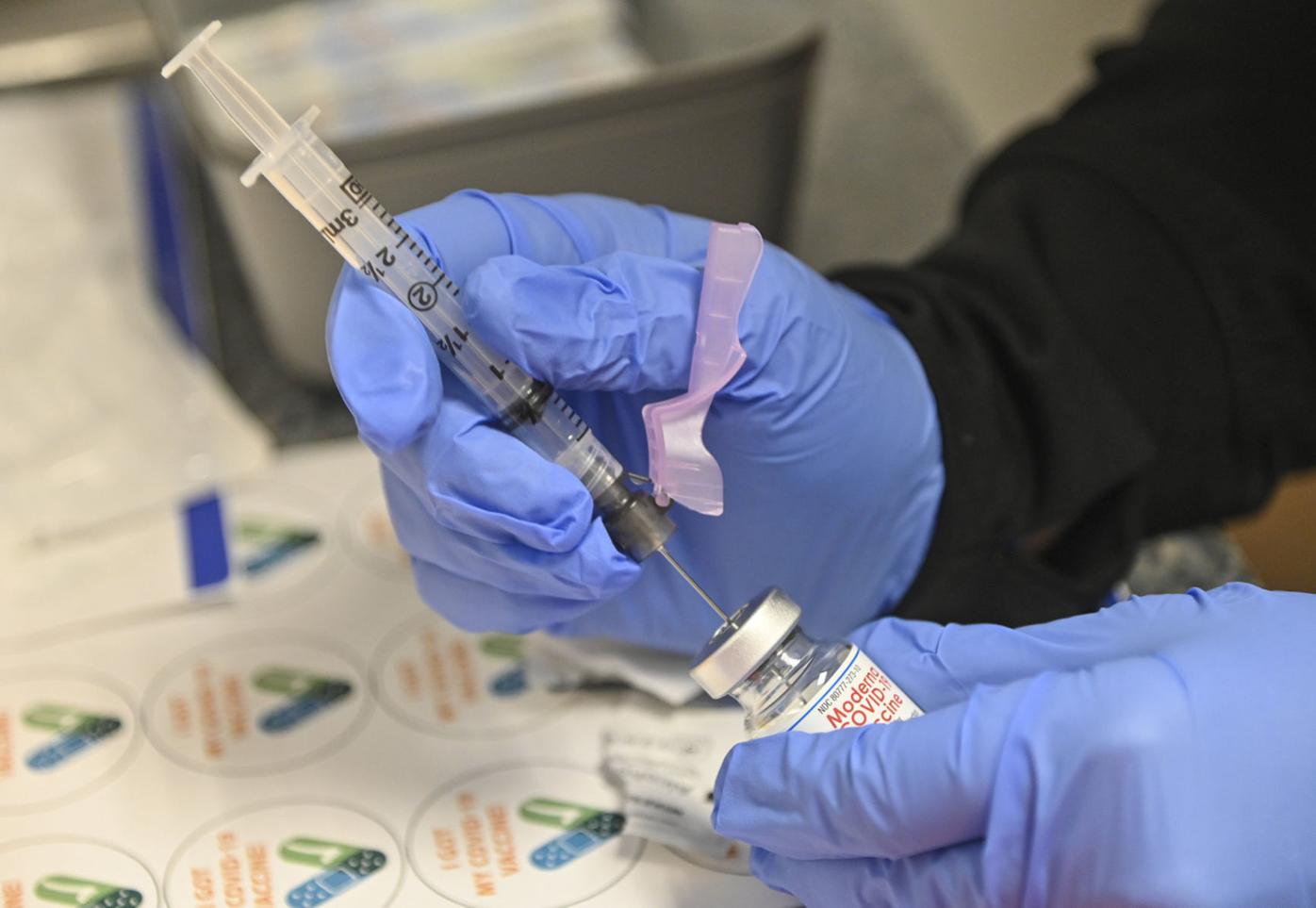 The COVID-19 vaccine is pulled into a syringe at Hometown Health Care of NEPA in Covington Township. 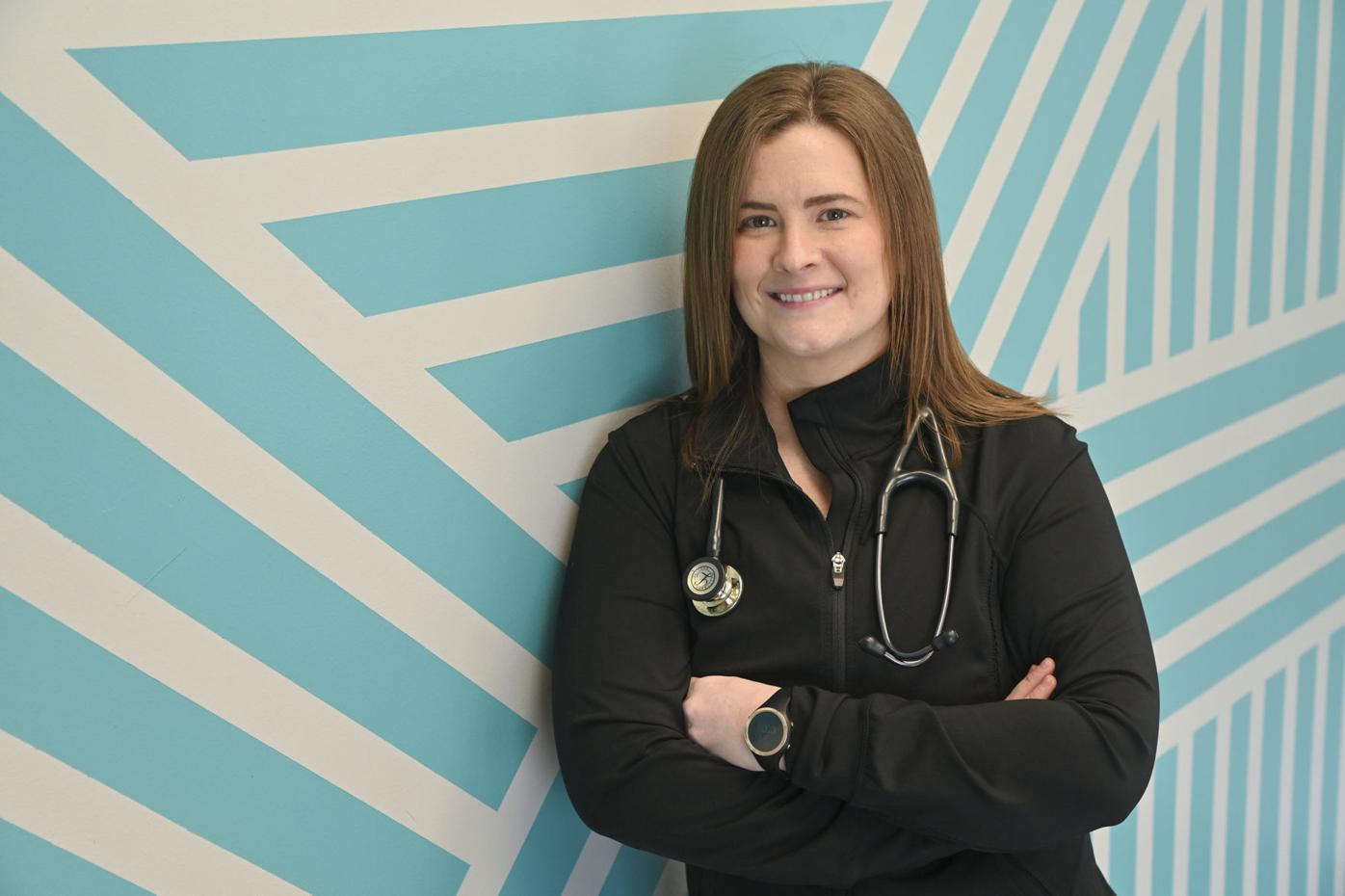 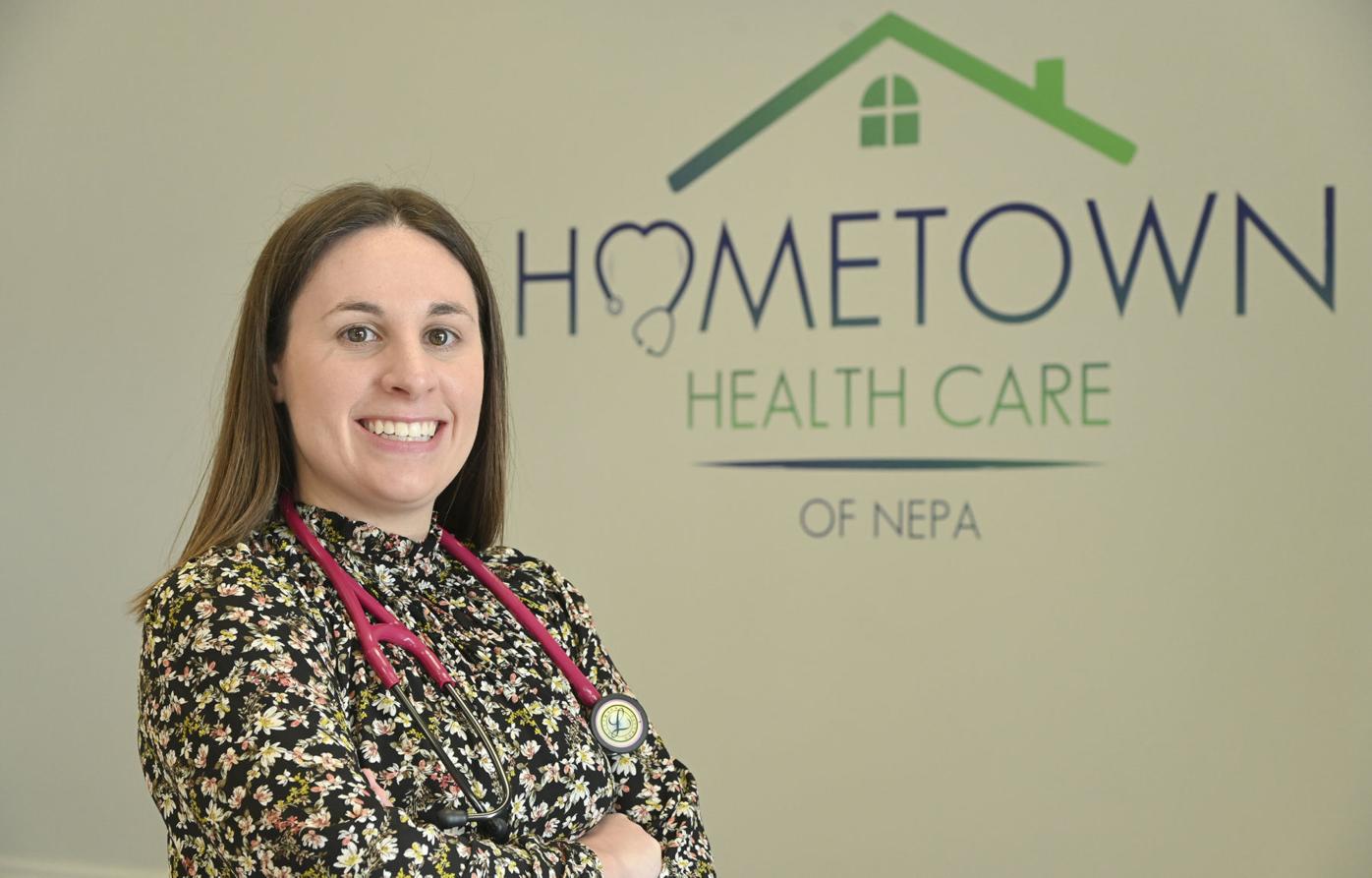 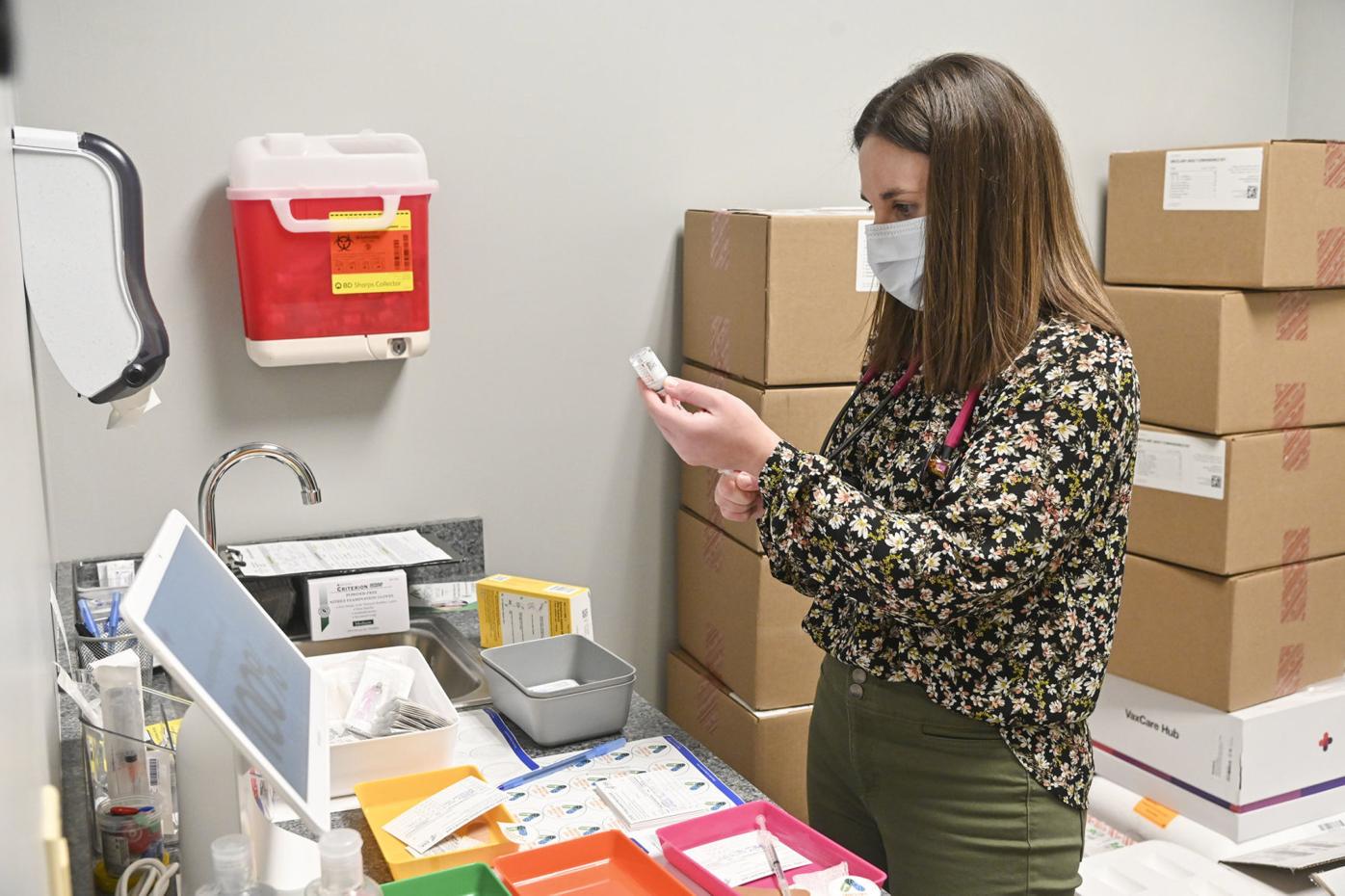 The COVID-19 vaccine is pulled into a syringe at Hometown Health Care of NEPA in Covington Township.

Months before a vaccine even existed, Allyson Favuzza, a doctor of nursing practice, started working to get it.

In fact, the primary care provider hadn’t even opened her office, Hometown Health Care of NEPA in Covington Twp., when she began the application process to become a coronavirus vaccine provider.

Large health systems, who have the advantage of size, are first in line when it comes to getting vaccines for patients and staff – probably with good reason. They have the infrastructure to immunize far more people faster.

Independent doctors and smaller medical groups, however, are poised to dramatically help the effort. Favuzza, for example, has the capacity to administer thousands of doses in spite of her practice’s size.

The difference is that independent providers like her, who opened her small office at the beginning of January with her business partner Kellen Kraky, must own every step of the process.

“We’re a small operation but we are all dedicated,” Favuzza said.

Now, about a month after her practice opened, her small office takes hundreds of calls each day.

Most of the callers are not her patients. They just want to know if she has the vaccine.

Down to the serial number

Before she was allowed to immunize people for the coronavirus, Favuzza had to fill out an extensive application. The state Health Department and Centers for Disease Control and Prevention wanted to know about her staff numbers and whether she would immunize certain populations, for example teachers or non-patients, among a host of other details.

She had to report storage capacity with granular details like serial numbers on her refrigerators, because both vaccines require refrigeration. The one Pfizer produces requires storage temperatures of minus 94 degrees, which most private practice providers can’t do, so she’s limited to only getting the one produced by Moderna for now.

After long waiting periods and special training, the application process wrapped up around the same time she opened. Favuzza ordered her first doses, and now reorders weekly.

“Once a week you receive an email from the state Department of Health that asks you how much you want to order,” she explained, adding that she also has to justify her request to the department and still waits weeks for delivery.

When each carton embarks, it gets a GPS tracking device so Favuzza and her team know when it will arrive. But this isn’t like ordering socks from Amazon.

The tracking devices show her exactly where her carton is down to latitude and longitude coordinates.

When Favuzza and Kraky spoke with the NEPA Business Journal in late January, the federal government was allocating Pennsylvania 143,000 vaccine doses each week.

At this rate, it would take more than three years to deliver both doses to all 13 million Pennsylvania residents – if all residents needed to be immunized.

Pennsylvania’s four-phase plan puts health workers at the front of the line. And more recently, Gov. Tom Wolf added chronic disease patients and those 65 and older to the list of people eligible for phase 1A, the first of the four phases. The decision added another 3 million people to the 1A list, Favuzza said, which had an immediate effect on Hometown Health Care’s operation.

The governor’s announcement lit up the small office phone with more than 500 calls that day, a number that climbed even higher in the days that followed.

Strained supply has been part of the vaccine’s story from the beginning.

As vaccines began rolling out across the country the week before Christmas, reports of independent doctors, dentists and eye doctors, those not employed at large health systems, scrambling to get vaccines for themselves and their staff members, frequented the news cycle.

Now that tens of thousands of vaccine doses are administered every day in the state, and most doctors and nurses are likely to have gotten it, independent doctors seem less anxious about the inequity.

“Nothing like this has happened in history, both with the pandemic and with the Warp Speed response,” said Dr. Michael DellaVecchia, an ophthalmologist and president of the Pennsylvania Medical Society. While he’s affiliated with Thomas Jefferson University Hospital, he’s also technically self employed.

“There’s a lot to be done,” he said. “It’ll never be done soon enough for everyone.”

The effort led the Health Department to require pharmacies and health systems to set aside 10% of each vaccine shipment for community-based and non-affiliated doctors.

Later in January, the medical society also pushed back on Wolf’s phase 1A expansion, noting in a statement that unaffiliated providers remain unvaccinated.

‘Hospital doctors got it first’

In Northeast Pennsylvania, very few independent providers remain self employed. And few, if any, are completely without some tie to a major health system. Even many physician groups, once independent, have been scooped up by health systems.

While an employed doctor may earn less money, they don’t have to run a business while caring for patients.

Dr. Vithalbhai Dhaduk is on the staff at Geisinger Community Medical Center, but he is self employed with a private practice in Dickson City.

The neurologist said he personally had to wait an extra week after his employed colleagues to get himself vaccinated.

“It was not right away, but still it was OK,” he said. “The hospital doctors got it first.”

Doctors without admitting privileges were out of luck, he explained, and had to look elsewhere. In the earliest days when supply was shortest, the Lackawanna County Medical Society and other facilities were offering the vaccine to self employed doctors.

“In my opinion, I think it was reasonable,” Dhaduk said, acknowledging, like DellaVecchia, that nothing like this has ever happened before.