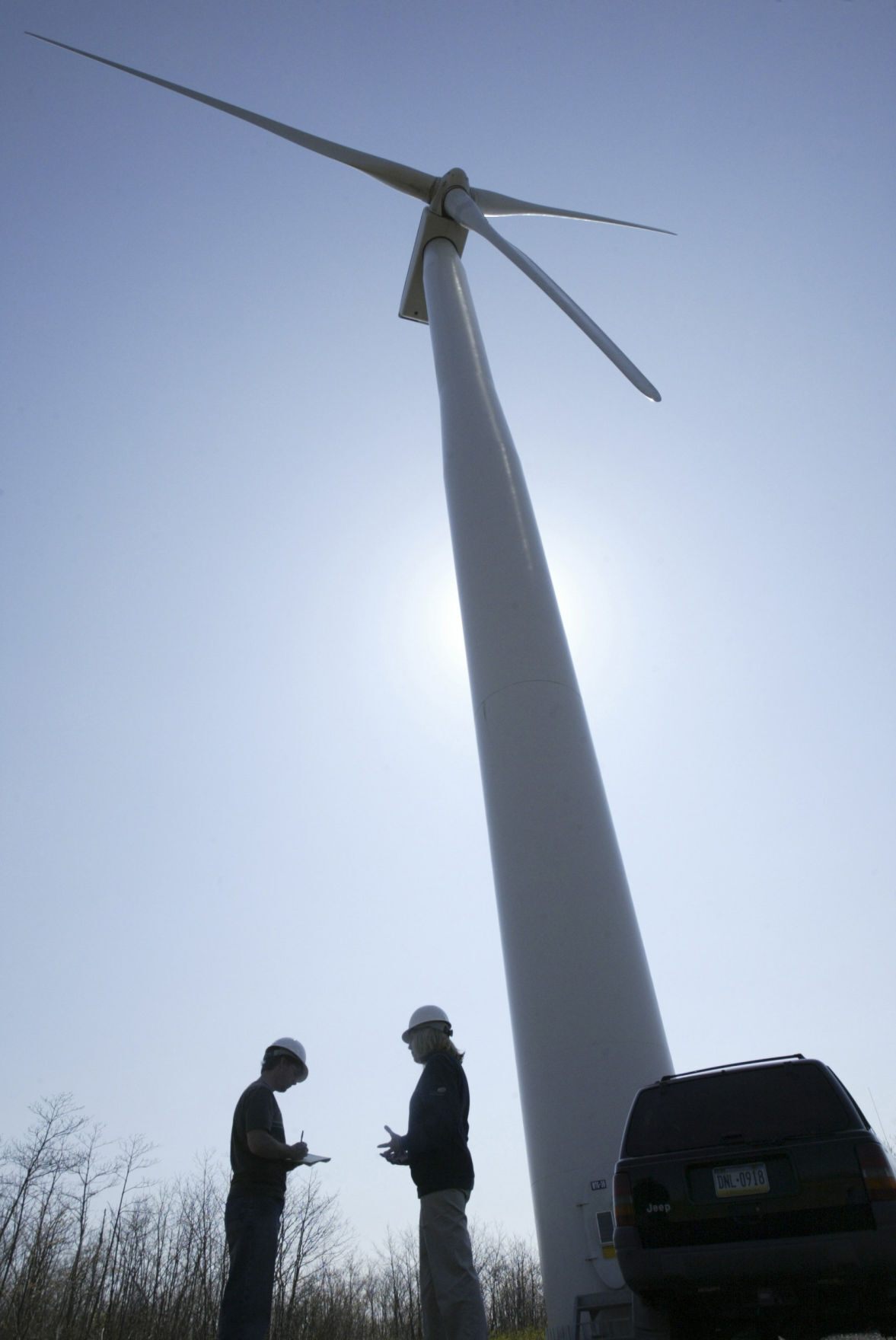 Two workers confer under a windmill at the Waymart Wind Farm in Wayne County. A new study stresses the importance of renewable energy to the state’s future. 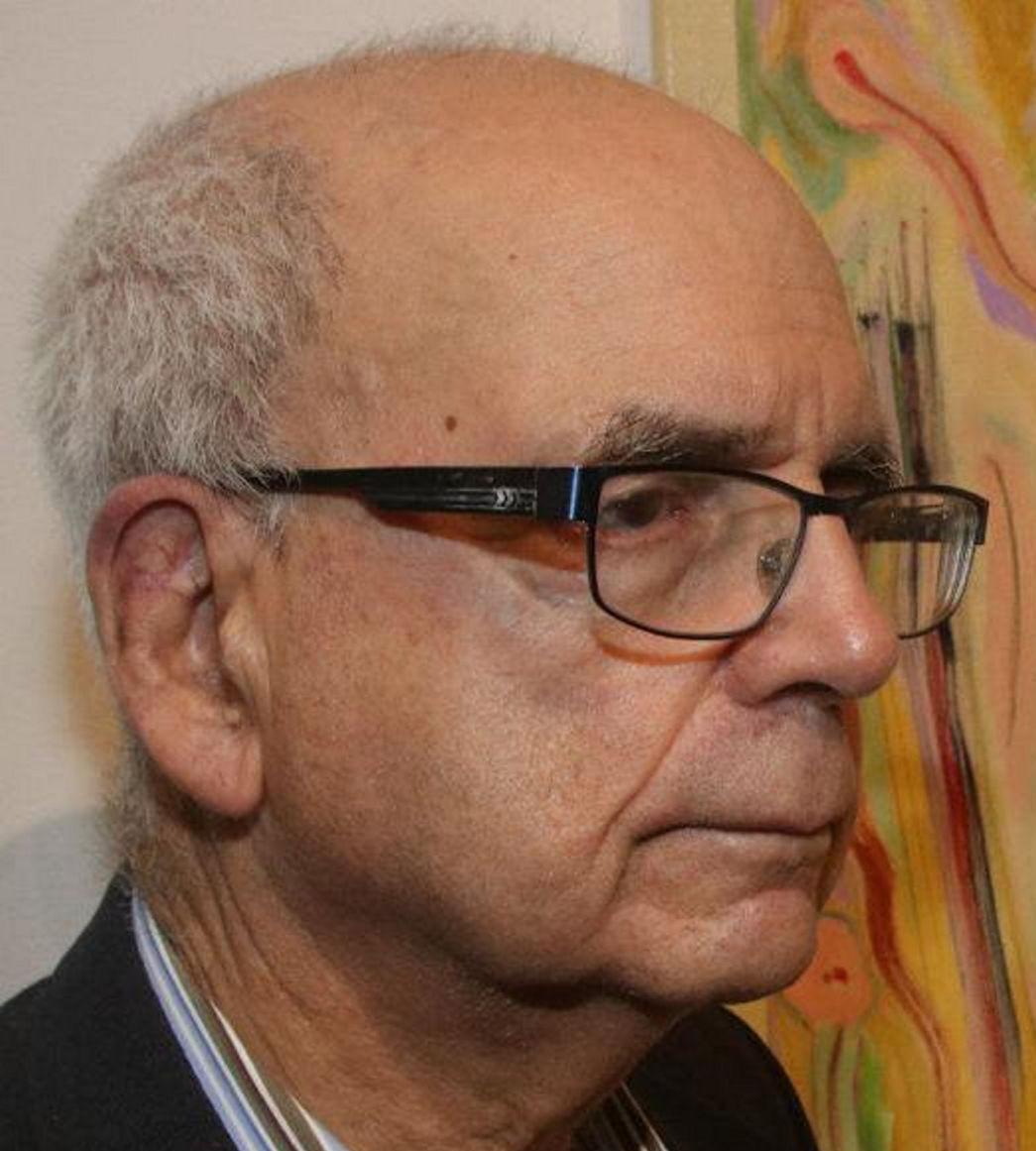 The Center for Rural Pennsylvania has published a 282-page report titled, “Attitudinal Survey of Current Issues.”

This document follows surveys that were done in 1999 and 2008. The research was conducted by five professional from Penn State Harrisburg, Wingate University and the Penn State Harrisburg Center for Survey Research. Many pages are devoted to specific data, important to both urban and rural areas of the commonwealth. One outcome of this research was the development of policies that could be considered in the future, including:

• Meet Pennsylvania’s energy demands. There was general agreement that investment in renewable energy resources such as solar and wind are among the best resources. The natural gas growth in the state was mentioned relative to strengthening regulations and that a severance tax should be adopted, both of which could impact he productivity of this industry.

Other issues include legalization of recreational marijuana among adults age 21 and over, changing the state income tax rate from a flat to graduated rate, the death penalty and allowing trained faculty and staff to carry firearms in schools.

• Maintain and build trust in government. The report suggests that “policymakers can focus their efforts on supporting economic growth, interpersonal trust, civic engagement and their own job performance, all factors that impact levels of trust in government.”

• Foster engagement in local communities. The document suggests that since 2008 the proportion of respondents participating in local governments has declined and points to this as “a concerning trend.” They point to this as a dearth of volunteer involvement, occasional volunteering or never participating. Some efforts to foster community engagement are numerous and include support of public education, increasing access to the internet and digital technologies that can connect community members, and building communities that bring diverse residents together. They suggest that decline is a national problem and has no simple solutions. Rural policy steps are particularly mentioned.

• Respond to changing circumstances. The report notes that while results of the 2019 analysis are of importance today, it implies that these will remain relevant. They suggest that the opioid crisis and infrastructure are highlighted today, and that policymakers may want to consider how demands may change with the political, economic, and social contexts of rural Pennsylvania,

How these issues and results fit the pattern found in this region remains to be clarified. However, there are indicators and aspects that can be developed , along the following lines:

• A regional survey along the lines of the Center for Rural Pennsylvania could be implemented, using the talent and support of the higher educational institutions found in the region.

Issues such as the opioid crisis have hit this region hard, and while steps have being taken to overcome this major crisis, much more needs to be done. The coronavirus , is a major current dilemma that threatens life as we know it, and even more steps are necessary to find solutions to the public health menace. Certainly, public health has become one of the most powerful trends in this region and deserves much attention.

The document notes that there is a need for higher priority for senior citizens and this relates to human services and family issues, certainly a priority need in this region. There are agencies available to help such as the Area Agencies on Aging, and these inside the region should be encouraged to work together, a trend that exists with the Grandparents Raising Grandchildren program, started over 15 years ago.

A new regional effort should be considered to engage in community issues beyond current levels, and utilize a regional approach in this regard. Special attention might be given to holding forums throughout the region to collect and evaluate information regarding current and likely future issues.

A rural-urban consortium should be considered in the Pocono-Northeast, following a regional survey, to become a major component for removing liabilities that may be identified in the survey.