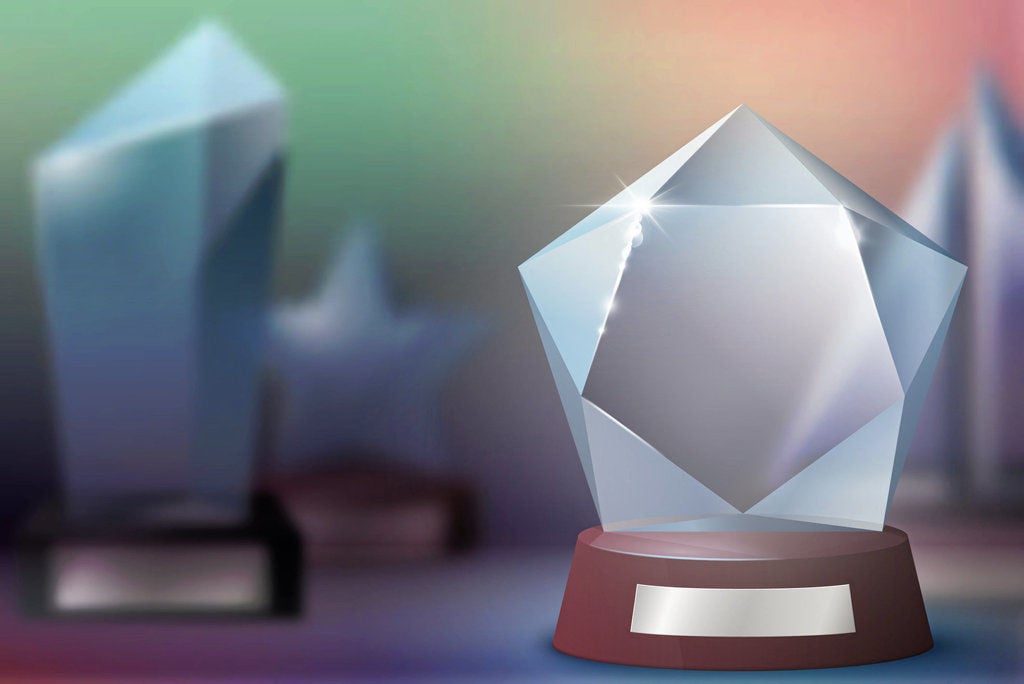 Close-up of notepad kept on table in empty conference room

Mueller, a native of Clarks Summit, earned her undergraduate degree from St. Mary's College in Notre Dame, Indiana. The early years of her career were spent in Chicago, where she earned her Master of Business of Administration at Loyola University. While studying at Loyola, Mueller began her career with McDonald's. After graduating, she returned to Northeast Pennsylvania, where she trained and became a McDonald's operator. Today, she assists her family in operating 16 local McDonald's stores. Mueller is actively involved in supporting the work of the Ronald McDonald House of Scranton and in supporting local schools through the McTeacher nights at local McDonald's restaurants.

Murray is incoming president of Lackawanna College. Before accepting this position, Murray served as executive vice president and chief innovation officer for Lackawanna College. Murray earned her Ph.D. in human development from Marywood University and has held teaching positions at Walden University, Kaplan University, Marywood University and the University of Phoenix. She is currently on the board of Maternal and Family Health Services and received the 2018 Non-Profit Board Member of the Year award from the Wilkes-Barre Chamber of Commerce.

Krokos-Kislan, of Hazleton, is a graduate of Coughlin High School. She received her Bachelor of Science from Wilkes College before earning her Doctor of Optometry degree from the Pennsylvania College of Optometry. Sandra and her husband, Dr. Thomas Kislan, own and manage Stroudsburg Eye Specialists and Hazleton Eye Specialists. Kroskos-Kislan is a member of the board of directors of Burnley Employment and Rehab Services, a division of Allied Services providing employment services for individuals with disabilities in the Poconos.

David Allen Hines was recently reelected to the board of directors for the Keystone State (Pennsylvania state) chapter. Hines holds a Master of Public Administration degree from Marywood University in Scranton, and for many years was the deputy director for budget administration for the government of the District of Columbia in Washington, D.C. After returning to the area, for the past several years he has been director of operations for the city of Pittston. A 40-year resident of Kingston, Hines also serves on the national budget and financial policy committee for the Government Finance Officers Association and the board of directors for the Greater Pittston Historical Society.

She is a 2016 graduate of Geisinger Commonwealth School of Medicine, Scranton, and completed residency at Penn State Hershey Medical Center, Pennsylvania.

Labashosky is admitted to practice in Pennsylvania, New Jersey and U.S. District Court, District of New Jersey. She is a member of the Luzerne County Bar Association and the Young Lawyers' Division. She currently resides in Kingston.

Wilkes-Barre physicians Jason Woloski, M.D., and Kristin Simmons, M.D., were named as Top Physicians Under 40 for 2019 by the Pennsylvania Medical Society during a reception on Oct. 25 in Hershey.

Woloski is a family physician with Geisinger Wilkes Barre-Community Medicine. He is an active physician leader, serving on the board of trustees for both the Pennsylvania Academy of Family Physicians and the Luzerne County Medical Society. He is a participant in PAMED's 2019 Year-Round Leadership Academy. He is also an assistant program director with the Geisinger Kistler Family Medicine Residency Program in Wilkes-Barre.

A family physician with Geisinger Wilkes Barre-Community Medicine, Simmons is becoming a leader in the health system. She serves as assistant program director for the Geisinger Kistler Family Medicine Residency Program in Wilkes-Barre. Simmons is a dedicated educator who encourages medical students to consider staying within the commonwealth to train and practice.

Dr. Diane Stchur Bray has recently opened the center on Chocolate Avenue in Hershey. Bray, a graduate of Hanover Area High School, received her Bachelor of Science degree in biology and molecular genetics from King's College, and her doctorate in podiatric medicine from Temple University.

After doing a three-year intensive surgical residency at Our Lady of Lourdes Hospital in Binghamton, New York, Bray then joined a group practice where she provided podiatric care and served as a wound care specialist for the patients of upstate New York for 16 years.

Dr. Catherine Lee has joined the dental practice. She will be seeing patients in the Scranton office.

She specializes in general practice dentistry.

After receiving his degree in business administration with a concentration in marketing from Temple University in 2011, he joined the insurance group as a commercial lines service processor. In March 2014, Valvano assumed the role of commercial marketing manager. He resides in Dunmore.

Sister Mary Persico, I.H.M., Ed.D., the university's president, was recently elected as the chairwoman of the Pennsylvania Humanities Council's board of directors. She joined the board in 2017 as an appointee of Gov. Tom Wolf, and, in her new role, she succeeds Silas Chamberlin. Wolf reappointed her to the board, and her current term will expire in 2023.

PHC is governed by a 24-seat board of directors, which includes both elected individuals and governor appointees. Currently, 23 members serve on the board with backgrounds in business, law, education, philanthropy, government, arts and culture.

Barna is a national certified counselor, an approved clinical supervisor, and is a certified pre-K-12 school counselor. She holds a Ph.D. in counselor education and supervision from Virginia Polytechnic Institute and State University.

His study examined the role that music criticism played in negotiating belonging among the overlapping domains of musical performance, health care and the institutions that bridge these areas of knowledge.

Burke has more than 25 years of experience in the financial services industry and joined the bank in 1998. Burke is a member of the United Way of Susquehanna County Allocations Committee and the Susquehanna Community Development Association Events Committee.

The bank recently announced that Judith Frantz, branch manager, has been promoted to vice president.

Frantz is a graduate of Misericordia University with a bachelor's degree in business administration. She is also a graduate of Wilkes University, where she went to earn her MBA. She resides in Luzerne.

Caroselli is a graduate of Drexel University with a Bachelor of Science degree in behavioral health. She resides in Scranton.

Yarrow Wilkins Heil, CRS, ABR, SRS, broker/owner of the East Stroudsburg firm, has earned the Commitment to Excellence endorsement from the National Association of Realtors. The endorsement goes to Realtors who have demonstrated knowledge and competency in 10 core areas of real estate practice: client service, professional reputation, real estate law, Realtor code of ethics, equal service to all, advocacy of real property ownership, trust and integrity, use of technology, data privacy and areas of practice.

Launched in November 2018, the program sets the standard for what it means to be a professional in the real estate brokerage business.

Michael P. Kelly, MBA, NHA, HSE, of Scranton, has been appointed to the job analysis committee by the National Association of Long-Term Care Administrators. He will attend the national meeting to be held in February in Miami.

He is the founder and president of the health care company, based in Scranton. The company currently has three facilities under construction set to open in June.

He also serves on the Pennsylvania Board of Examiners of Nursing Home Administrators. He has been a licensed nursing home administrator since 1985.

Mary Jane Hanson, Ph.D., professor of nursing and director of the Department of Nursing's graduate and doctor of nursing practice programs, was reelected as chairwoman of the board for the Commission on Collegiate Nursing Education for 2020. This will be her second term.

CCNE is an autonomous accrediting agency that ensures the quality and integrity of baccalaureate and graduate nursing education programs and nurse residency and fellowship programs. The university's nursing programs hold CCNE accreditation.

Keith Yurgosky, business consultant, presented "Overcoming Your SBDC's Social Media Challenges" and also served as a panelist in a digital marketing session with SBDC colleagues from across the country.

Lisa Hall Zielinski, director, presented "Achieving Goals with a Small Business Internship Initiative." Zielinski is a member of the America's SBDC Professional Development and Education Conference Committee, a small group of SBDC staff from across the country who assist America's SBDC staff in planning the annual conference.

This year, more than 1,300 SBDC professionals from across the country attended the conference. These advisers, trainers and directors came together for professional development and networking.

Five university faculty presented at the National Taiwan University-Scranton Philosophy Symposium at the National Taiwan University. The symposium is a collaborative effort between the two schools. The first symposium, which focused on the theme "Language and Reality," took place earlier last year in Taiwan. The theme of the next symposium is "Self and Others" and will take place in October in Scranton.

Aulisio presented "Language, the Mental Lexicon, and Reality." He received his bachelor's degree from Bloomsburg University, his Master of Science from Drexel University and his Master of Arts in Liberal Studies from the University of Pennsylvania. He joined the faculty at Scranton in 2009.

Baillie presented "Language, Recklessness and Reality in Zhuangzi and Plato." He received his bachelor's degree from Yale University and his master's and doctoral degrees from Boston College. He joined the faculty at Scranton in 1978.

LaZella presented "Flatus Vocis: Language and Reality in Medieval Nominalism." He received his bachelor's degree from Hamline University and his master's and doctoral degrees from DePaul University. He joined the faculty at Scranton in 2010.

Meyer presented "The Problem of Opposites as a Fundamental Philosophy." He received his bachelor's degree from the University of St. Thomas, his master's degree from Harvard University and his doctorate from Boston University. He joined the faculty at Scranton in 2010.

Pang-White presented "The Logic of the Ineffable: A Comparative Study of the Plotinian One and the Daoist Dao." She received her bachelor's degree from Tung-Hai University, her master's degree from the University of South Carolina at Columbia and her doctorate from Marquette University. She joined the faculty at Scranton in 1997.

In her new role, Schumacher Cohen will work to deepen the university's community engagement efforts and government affairs activities and strengthen the mission of the university as an anchor institution in our city and region.

Since 2010, she has served as the university's director of community and government relations.