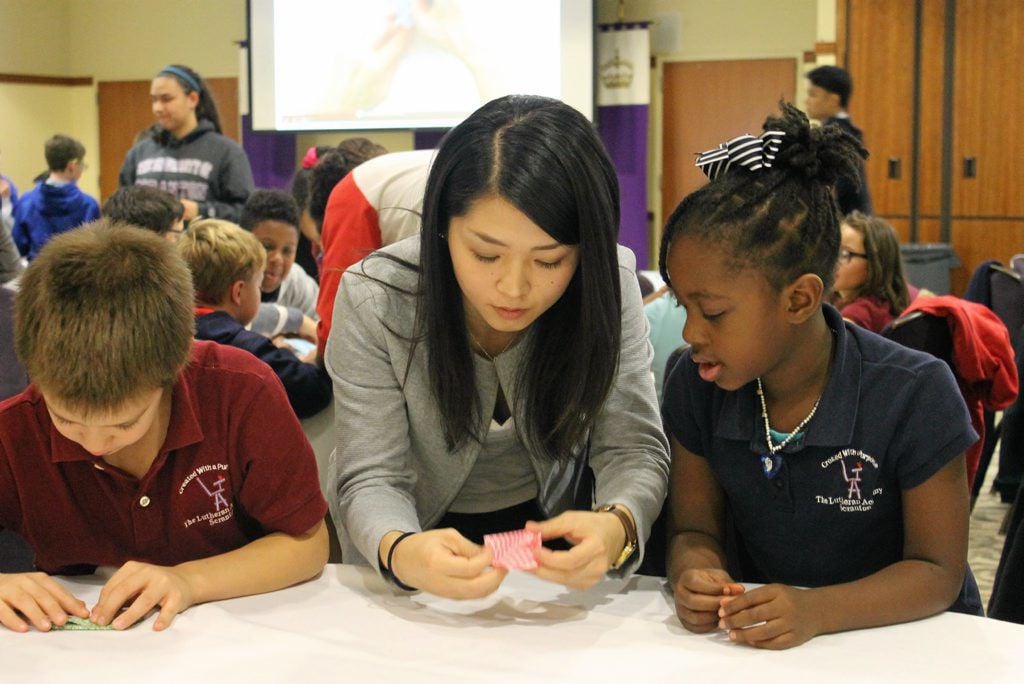 Chie Fujikake, an MBA student from Japan, demonstrates the art of origami to children from the Lutheran Academy as part of the University’s International Education Week event that highlighted Japanese culture to area elementary school students. From left are: Jonathan Bonebrake, Fujikake and Malia Graham. 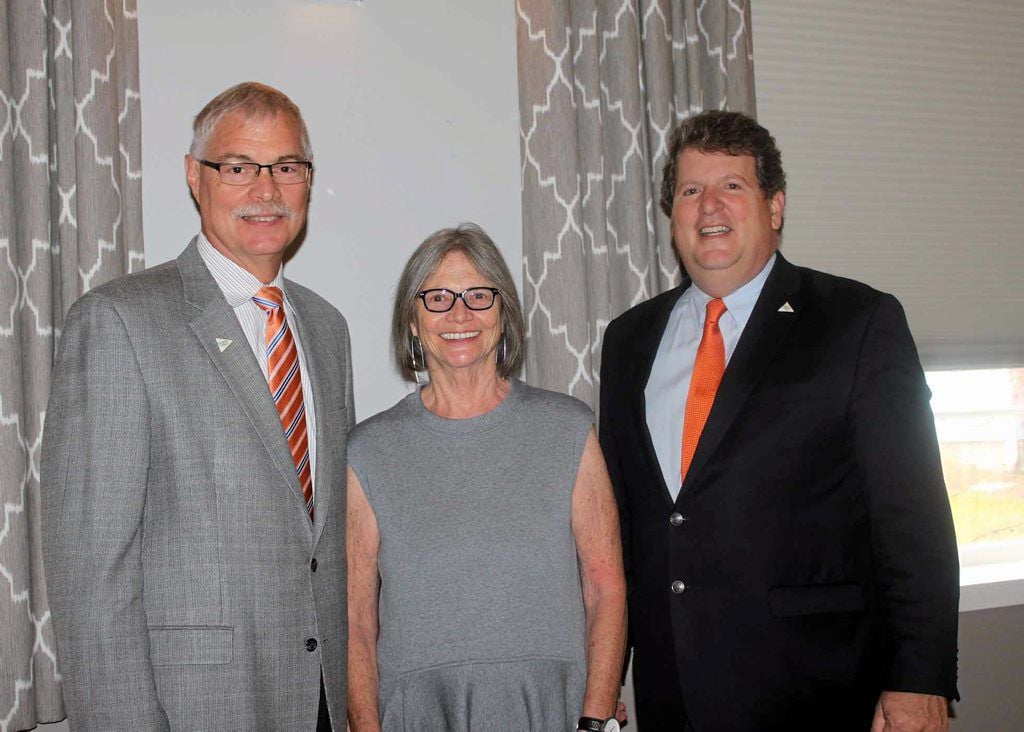 Keystone College recently accepted a donation of $70,000 on behalf of the late Pennsylvania Governor William W.Scranton and Mary L. Scranton in honor of Keystone President Emeritus Dr. Edward G. Boehm, Jr. The donation was presented to the College by the Scranton's daughter, Susan Scranton Dawson.

Erin Sutzko, Ed.D., of Dallas, has been named assistant dean of graduate studies and director of graduate admissions. Sutzko plays a pivotal role in the development of the graduate school, which is expected to expand in terms of size and program offerings as the college integrates with the Geisinger Health System. Prior to her appointment at TCMC, Sutzko was director of graduate enrollment and student services at Cornell University, where she successfully launched the university's first online executive master's degree program. She has also served as the director of adult and graduate enrollment for Wilkes University. Sutzko earned her bachelor's degree from the State University of New York at Albany, her graduate degree from Columbia University and her Ed.D. in educational leadership from Wilkes University.

In conjunction with International Education Week, a joint initiative of the U.S. Department of State and the U.S. Department of Education to celebrate the benefits of international education and exchange worldwide, the University hosted nearly 100 elementary school children from Prescott Elementary School, St. Stanislaus Elementary School and The Lutheran Academy at an event that introduced them to the culture and country of Japan. The program was led by Chie Fujikake, an MBA student from Japan and graduate assistant in the University's World Languages and Cultures Department who served as a Fulbright teaching assistant at Scranton last year. The program included presentations by Moe Kojima, an international undergraduate student from Japan, Danielle Abril, a first-year student from Stroudsburg and Jared Daniels, a sophomore from Clifford Township, as well as hands-on activities such as origami and a sampling of Japanese cuisine. The University's International Education Week event was sponsored by the Office of International Programs and Services. The University hosts more than 100 international students and scholars from 25 different countries, including China, India, Ireland, South Korea and Taiwan, among others.

Madeline I. Kropp, of Shavertown, has been named director of annual giving at Wyoming Seminary. Kropp is responsible for a comprehensive annual giving program and fund raising efforts from all school constituencies in support of all current operations. Kropp is a native of Dallas and 2005 Wyoming Seminary graduate. Most recently, she served as manager of the Baldwin Fund at The Baldwin School in Bryn Mawr, a pre-kindergarten-12th grade, day, girl's school. She also served as The Baldwin School's alumnae and advancement coordinator, assistant director of The Baldwin Fund and development associate. Prior to joining the Baldwin School she served as an admissions and advancement assistant at The Friends School of Mullica Hill in Mullica Hill, N.J. Kropp is a member of the Council for the Support and Advancement of Education (CASE).